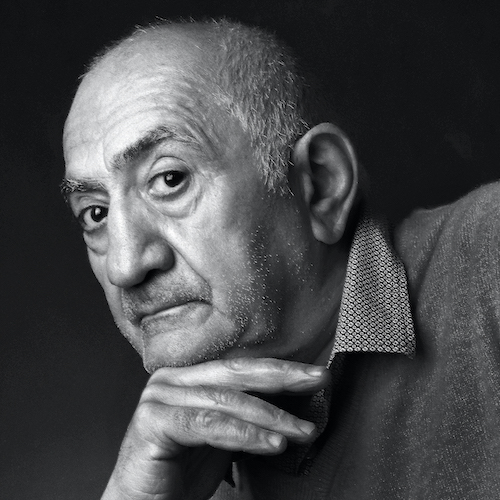 Yuri Mechitov was born in Tbilisi in 1950. In 1972, he graduated from the Polytechnic Institute with a degree in Mining Engineering. He worked at the Design Institute for four years, and from 1975 to 1980 he served as a methodologist at an amateur film studio under the Film Production Trade Union. From 1980 to 1990 Mechitov worked as a photographer at the Transcaucasian Institute of Hydrometeorology. He organized his first solo photo exhibition in 1979. In 1985, together with his colleagues, the artist established the photo group “Point of View,” which breathed new life into the development of Georgian photography. Between 1987 and 1992 Mechitov worked as a photo correspondent at the newspaper ‘Georgian Film.’ For many years he was active as a painter and photographer at Georgian Film Studios. In 1992 Yuri Mechitov founded the public organization “People's Congress of Georgia” to unite persons concerned about the correct development of the independent state. He cooperated with the press, and reported on the hostilities in Abkhazia and Tskhinvali regions. From 2002 to 2004 he worked as a correspondent and photo editor at Mtavari Gazeti (Main Newspaper). In 2011, together with Maiko Deisadze, he founded a photo school in Tbilisi. Mechitov has participated in more than 150 photo exhibitions in Georgia and beyond its borders, and also published several photo books – including a 460-page album about the film director Sergo Parajanov. In 2013, together with Tamuna Sulamanidze, he developed and published the fundamental book “Georgian Photography 1955-2012” - the first attempt to reflect on the phenomenon of Georgian photography. Together with Maiko Deisadze, Yuri Mechitov authored the first Georgian language photo guidebook according to European standards.

Sergei Parajanov (1924 - 1990) is considered as one of the 20th century's greatest masters of cinema. His free cinematic forms, expressive power and originality of visual compositions still continue to impress filmmakers today.