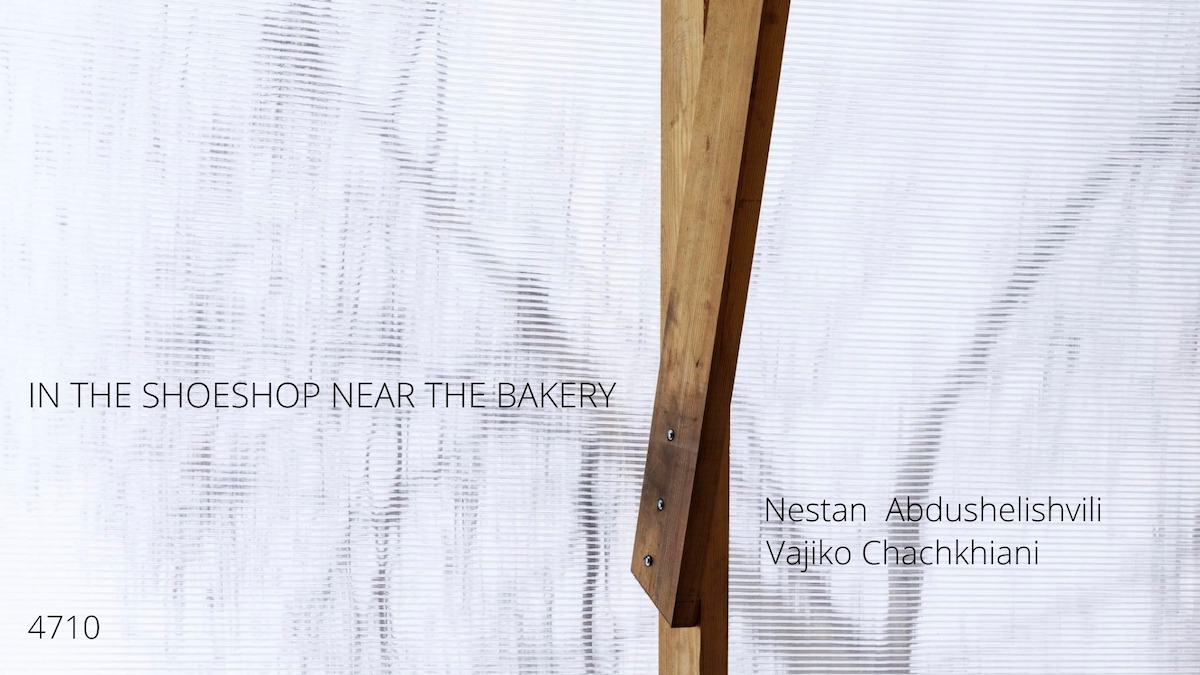 The title of the exhibition is taken from the lyrics of a song ’Cordoba’(a collaborative work of Brian Eno & John Cale.) Originally, it is a part of the sentence that narrates about the meeting point of two people, but as from the rest of the exhibition, human position is removed from the title as well. Although there is no mentioning or depiction of the humans in the works presented, each of them apart and the wholeness they create carry a hint of their existence. Everything around is manmade, fragments of the urban landscapes remind us of an everyday city-life but the lack of the presence of its inhabitants turn the story into a mythological-like narration. The feeling that something has happened or is about to happen follows the viewers through the exposition.
Vajiko chachkhiani takes the mythological story of Narcissus and interprets it in a way that fits the contemporary society and the challenges it is facing. By using the urban objects and materials he draws obvious parallels yet not unfolding the changes he made. By altering the exhibition space and borders, he invites the viewers to be the spectators only, maybe catching the glimpse of themselves in the process and finding out that some stories tend to happen again and again, no matter how much time passes.
Nestan Abdushelishvili's close up photos depict the details of museums, train stations, public gyms and other social gathering spots of different towns. The way they are scattered on the gallery walls reminds us how we see the fragments of the cities while passing through them. Without its inhabitants, the city looks like an empty movie set after the shooting is over, a decoration, hinting that something was happening here before and until it happens again, the city stands as a silent reminder, continuing existing in its own time and space. The photos carry the poetic kind of loneliness in them. The one that had to happen but does not have to continue forever.
Here, we should go back to the title of the exhibition and look into its original verse. It says: ‘I’ll come as soon as I can, I’ll meet you…’
Exhibition will last until May 14th.