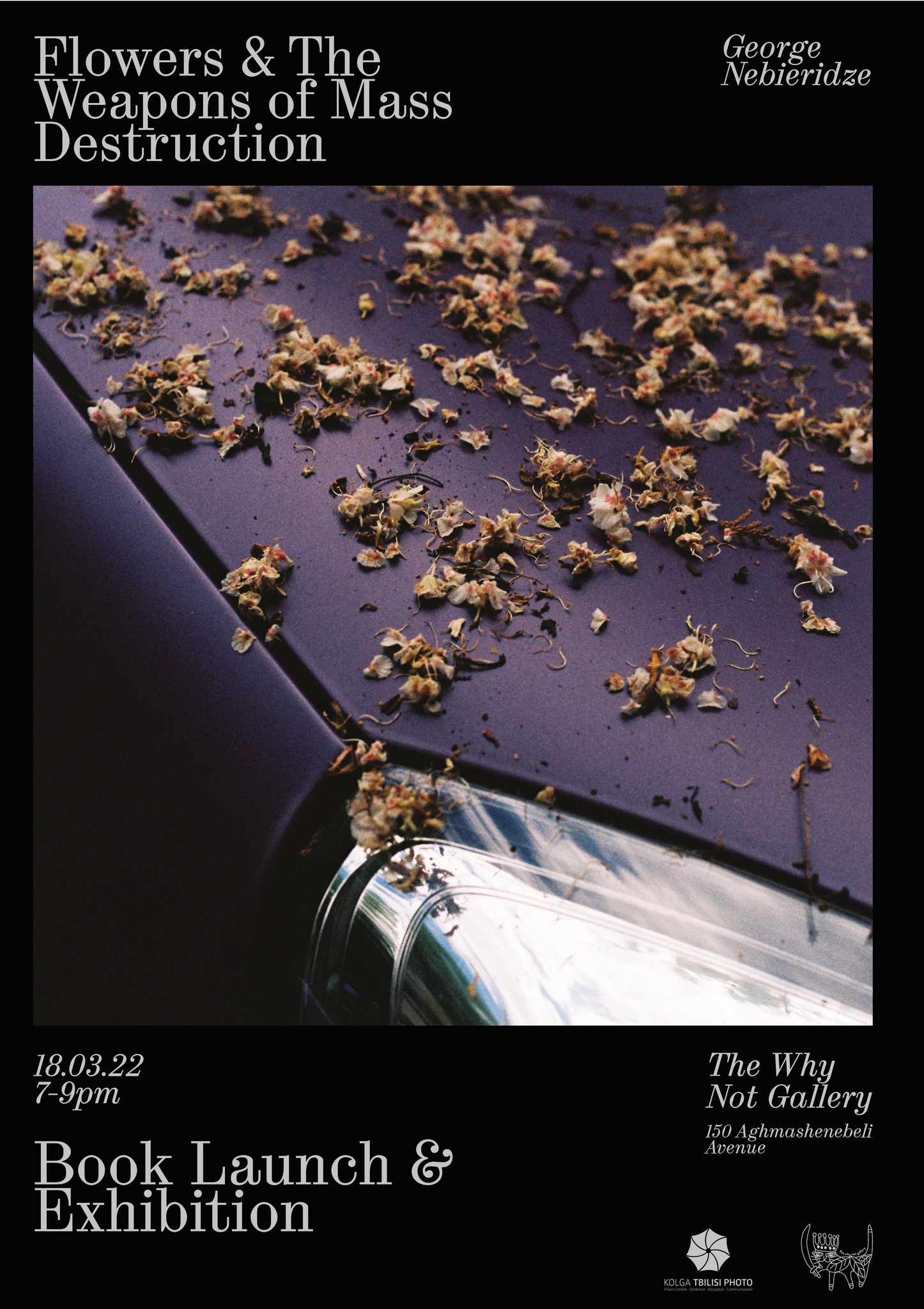 The Why Not Gallery is glad to present photographer George Nebieridze solo show ‘Flowers and The Weapons of Mass Destruction’ as part of Kolga Tbilisi Photo week 2022.
Presented works differ from the photography George became known for – of unexpected sincerity and courage depicting life-changing moments or the banal every day. The series connects with the artist's highly sensitive side and presents his thoughts on the eternal and the perishable, the universally beautiful and the temporal, life and death...
George writes:
‘In his 2015 book Total Loss, German author and sociologist Klaus Gietinger, refers to cars as “weapons of mass destruction” and says “driving is a drug that kills millions of people”. In the horror film Christine (based on the Stephen King novel of the same name), a 1958 Plymouth Fury is possessed by malevolent supernatural forces and tries to kill the human characters of the movie. In 1995 Radiohead released a song ‘Killer Cars’, underlining the dangers of cars and imminent death.
Whether or not you relate to the references mentioned above, it’s a fact that cars can be scary. Most modern cars are equipped with the newest technology which means they can easily spy on us, they have design elements which often resemble human faces and characteristics - like robots in a way. I’m not a car hater, I think most of them are beautiful works of art. Although, their presence, their shiny glass, their metal exterior, give me the opposite feelings of flowers and plants, the other main characters in the shots.
Cars and their appearance always represent certain time periods, be it futuristic or vintage. Flowers however, remain timeless and are often associated with spiritualism, innocence or devotion. They bring the emotion of fragility and fantasy to these photos. I want my viewers to have a similar, slightly poetic experience; imagining the journey of a car and a flower prior to their contact with each other... a short but gracious fall of a flower from a tree (call it a flight even), landing on machined glass and metal.
I let my imagination along with critical thinking take a long trip during this project, and after much observation on the relationship between cars and flowers, I came to conclusion that The Weapons of Mass Destruction in the title is not necessarily about cars. Cars are not always about killing or spying, they also save lives and help with countless tasks every day. Conversely, flowers do not always represent beauty or purity, they can be immensely toxic and destructive, often associated with funerals and death. Playing around with these ideas, reversing the roles of cars and flowers, sometimes even taking it too far is what makes this project a bit more engaging and exciting.’
George Nebieridze (b.1990, Tbilisi) is a photographer who works and lives in Berlin. Graduating with a master’s degree in sociology from the Free University Berlin, George came to prominence with the candid shots of his daily life - friends and acquaintances, legendary Berlin and Tbilisi raves, defining moments of life or the most ordinary occurences. George is widely exhibited in Georgia as well as abroad, including New York, Berlin, Düsseldorf, Paris. He has worked with such important publications as Vice, ID Magazine, Vogue among the others. Nebieridze has also published photo books ’15, ’16, ’17.