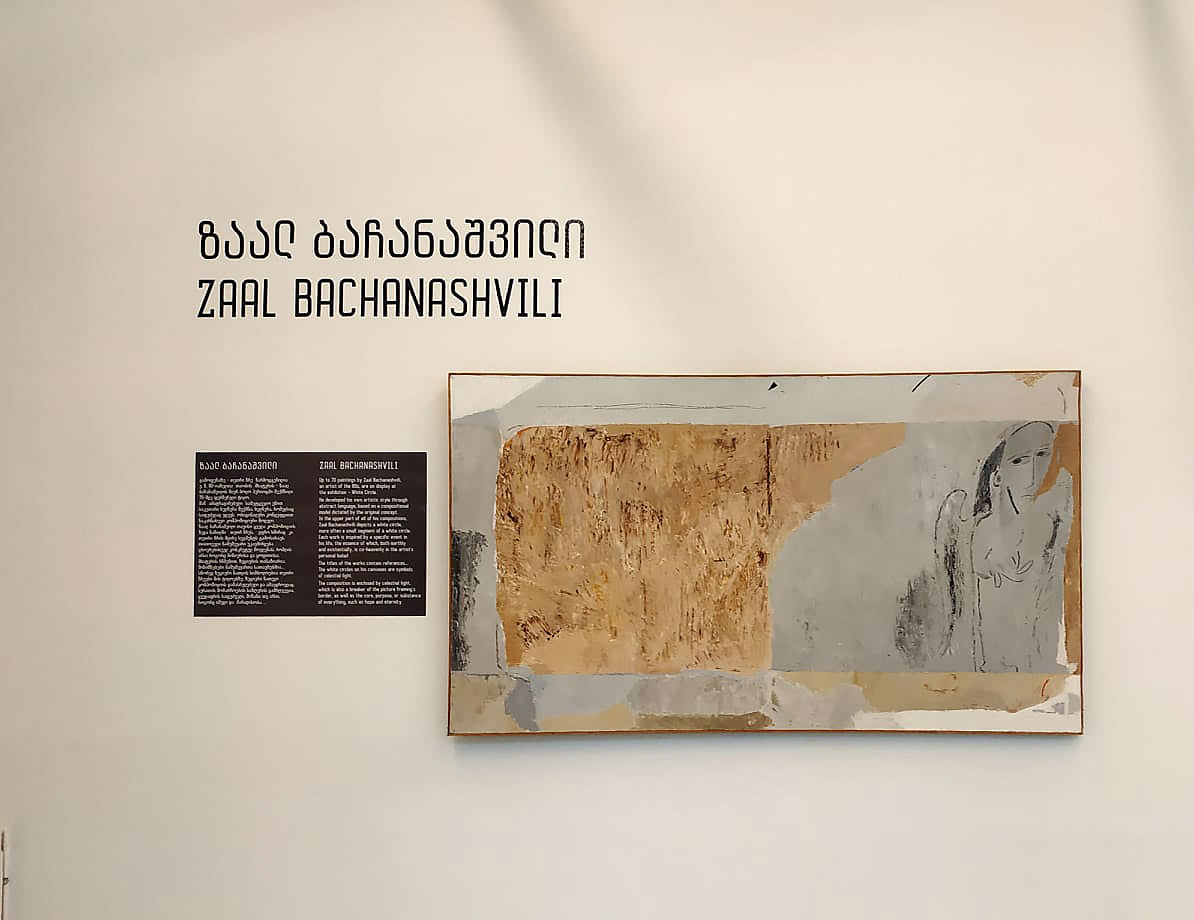 Up to 70 paintings by Zaal Bachanashvili, an artist of the 80s, are on display at the exhibition - White Circle. He developed his own artistic style through abstract language, based on a compositional model dictated by the original concept. In the upper part of all of his compositions, Zaal Bachanashvili depicts a white circle, more often a small segment of a white circle. Each work is inspired by a specific event in his life, the essence of which, both earthly and existentially, is co-heavenly in the artist's personal belief.  The titles of the works contain references...The white circles on his canvases are symbols of celestial light. The composition is enclosed by celestial light, which is also a breaker of the picture framing's border, as well as the core, purpose, or substance of everything, such as hope and eternity.

Zaal Bachanashvili was born in 1954 in Telavi district village Lechuri. He received art education in 1968-1971 at the Telavi Art School, and since 1973, he continued his studies at the Tbilisi Academy of Arts. A number of Zaal Bachanashvili exhibitions were successfully organized both in Georgia and outside of it. Each of the artist's work is connected to a particular life event and experience, whose essence, by the artist's faith, is shared with the heavenly life. It is the white circle that represents the connection between the earthly and heavenly life and the heavenly godfather, which is often seen in the canvas of Zaal Bachanashvili.