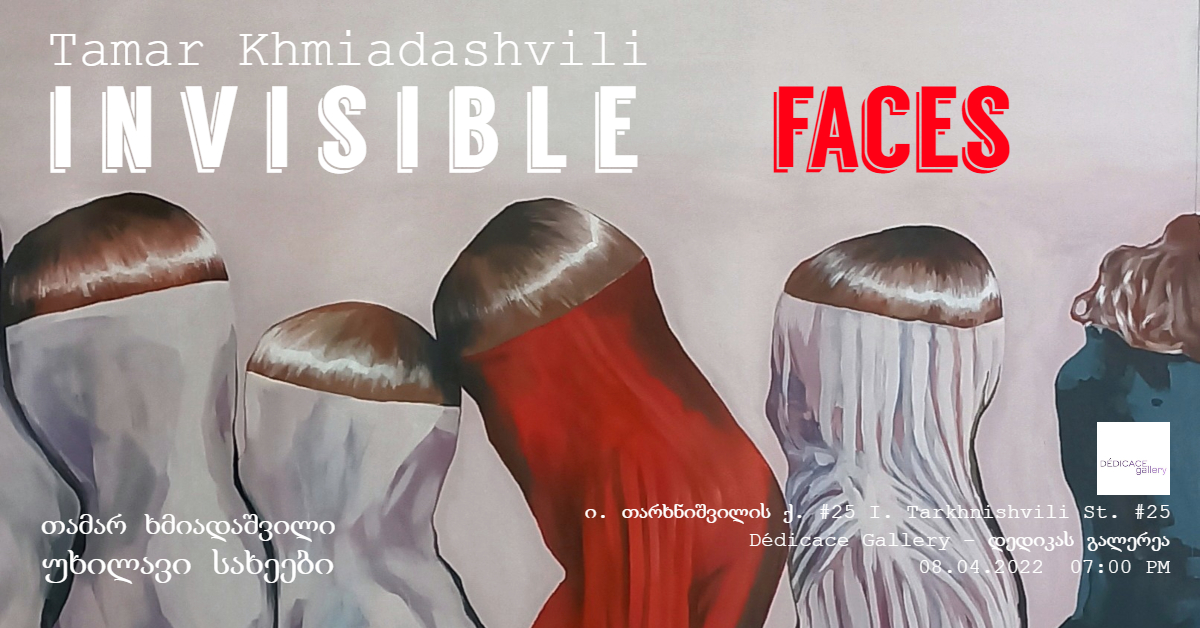 Dédicace Gallery presents the exhibition by Tamar Khmiadashvili – “Invisible Faces.”
The main content of Tamar Khmiadashvili's new series is still feministic but unlike her earlier work, all the artworks presented in this current exhibition are connected with each other intuitively and synchronically. They are thrown into a stereotypical environment often unconsciously and it turns into a failure while the characters are trying the environment to be adapted, but eventually, the environment benefits the characters and their faces too. Therefore, the act of the characters in the series presented at the exhibition is inactive, and as a result of such adaption, their faces become invisible. This kind of invisibility that is shown in the absence unites Tamar Khmiadashvili's 2022 series.

WOMEN AT THE CROSSROADS OF ART AND ADVOCACY (Case: Armenia)

CITY - A PLACE OF ENIGMATIC SIGNS