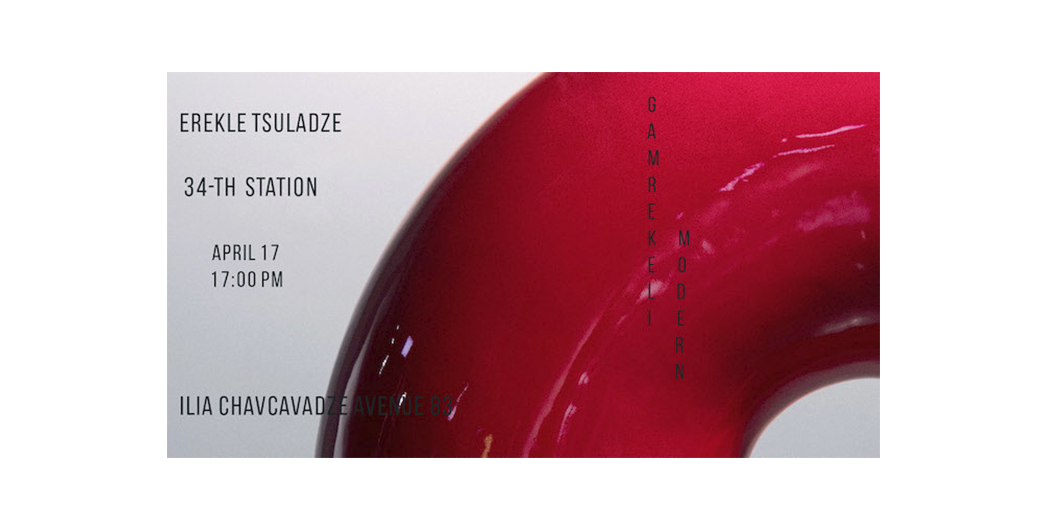 A highly active contemporary sculptor Erekle Tsuladze is the author of many interesting and important projects including recently made sculpture of a turtle which he donated to the city to place it at the Turtle Lake. He also produced the sculpture of a hippopotamus Begi that will be erected in Mziuri park to commemorate the events of June 13, 2015 and the 8-meter statue of the world emigrants (will be located in Tbilisi). The mentioned works are made of artificial stone and stainless steel, unique materials never used before in Georgia for production of objects.

The sculptural works united in the show have been made in the nearest past. Each of them is based on its own concept and reflects various stages of the sculptor's creative work. Erekle Tsuladze is interested in the creations and objects that represent the surrounding world and are imprinted in his memory. He creates them because of new ideological reflections, though application of new artistic manner, modern, minimalistic forms and materials (ex. stainless steel, artificial stone, soil). The sculptor’s clearly contemporary artistic language, manner and form organically blend with the present reality.

Erekle Tsuladze’s sculptures are to be found in Batumi, Borjomi and Tbilisi, many countries around the world as well as in private collections and high-class hotels.

The show which unites up to thirty works can be visited at the gallery Gamrekeli Modern during the next two weeks (address: 83 Ilia Chavchavadze Avenue).

ON THE OTHER SIDE OF THE HILL

WOMEN AT THE CROSSROADS OF ART AND ADVOCACY (Case: Armenia)