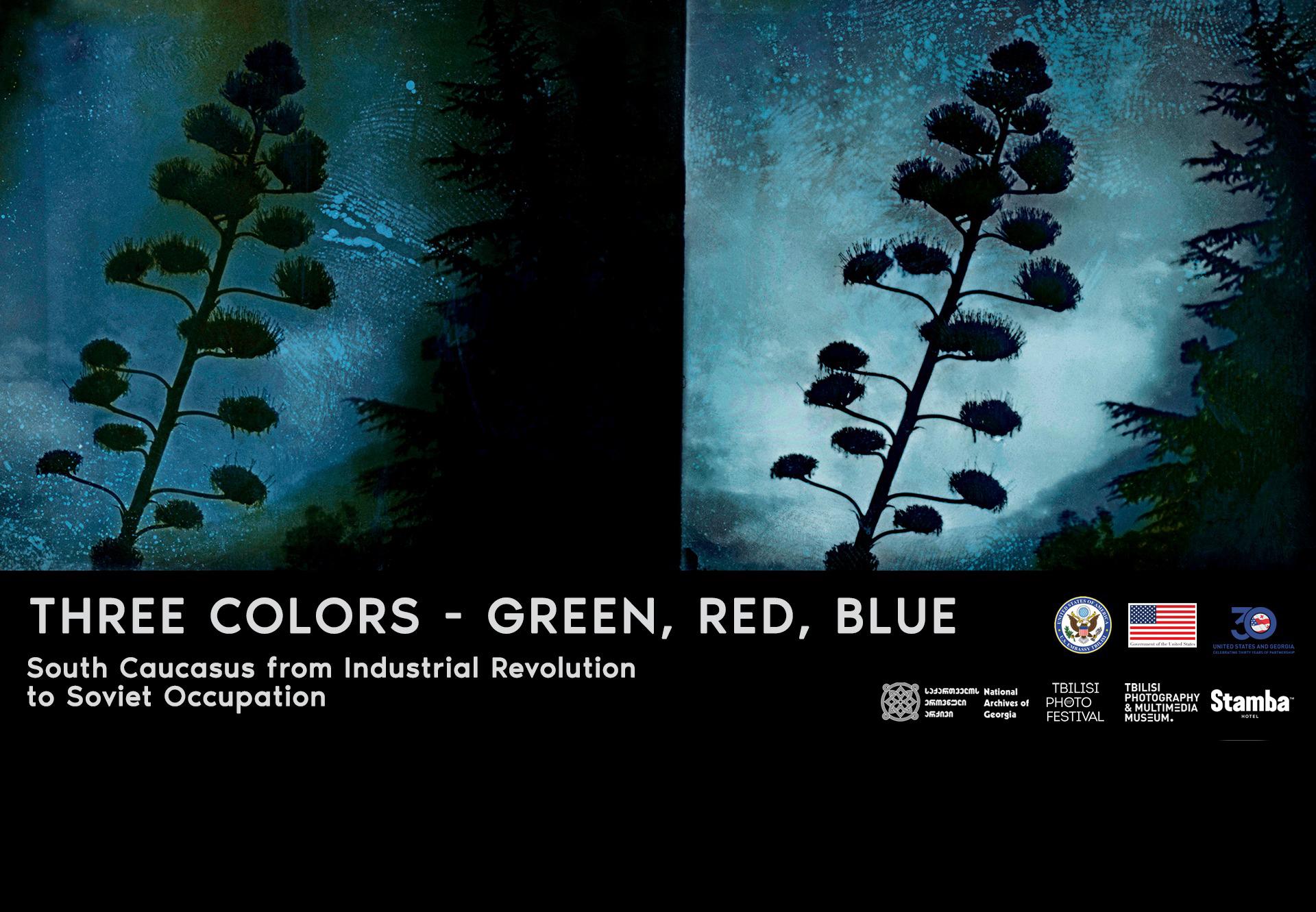 The South Caucasus from the Industrial Revolution to the Soviet Occupation
The exhibition 'Three Colors - Green, Red, Blue' brings together over 100 photographs of the three countries of the South Caucasus - Georgia, Armenia and Azerbaijan - dating from the second half of the 19th century to the time of their Soviet occupation. The exhibition is of historical significance, as this will be the first time ever that photographs from all three countries and of this period will be exhibited together.
The period stretching from the industrial revolution to the Soviet occupation brought Azerbaijan, Armenia and Georgia closer to Europe politically, economically and culturally and created new opportunities for their Western integration, whereas the Soviet occupation brought an end to their European prospects. All three countries sank into the 'dark waters' of the USSR.
Photography, one of the greatest European cultural and scientific innovations of that period, one that was immediately recognized as a medium of modernity, brilliantly reflected the changing reality of these times. As in Europe, in the South Caucasus, too, the Industrial Revolution became a favourite subject of 19th century photography. Oil exploration in Baku, the Borjomi glass factory, oil tanks in Batumi… Three countries on the verge of tremendous change were reflected in the beautiful photography of such masters as Dimitry Ermakov, Sergey Prokudin-Gorsky, Alexander Roinashvili and many others.
With the exhibition 'Three Colors - Green, Red, Blue', the Tbilisi Photo Festival, together with the Tbilisi Photography & Multimedia Museum, are contributing to the celebrations surrounding the 30th anniversary of diplomatic relations between Georgia and the United States. The images that have been brought together for the exhibition belong to the collections of the Library of Congress's Photography Department and to those of the National Archives of Georgia, which include the works of Dmitry Ermakov.
A collaboration between these two institutions and the Tbilisi Photo Festival have made it possible to exhibit these images. This project is being funded by the U.S. Embassy in Georgia with the aim to develop new professional connections between Georgian and American cultural institutions and to identify and study the multicultural and multi-ethnic South Caucasus region.
Curator of the exhibition: Nestan Nijaradze
Exhibition organizer: The Tbilisi Photo Festival
Cover image: Sukhum-Kale. Agave.Collection of P. Vinogradov-Nikitin. 1910-1915. National Archives of Georgia.
Free entry.
Address: Tbilisi Photography & Multimedia Museum, 14 M. Kostava str., Stamba Hotel, D block, floor II