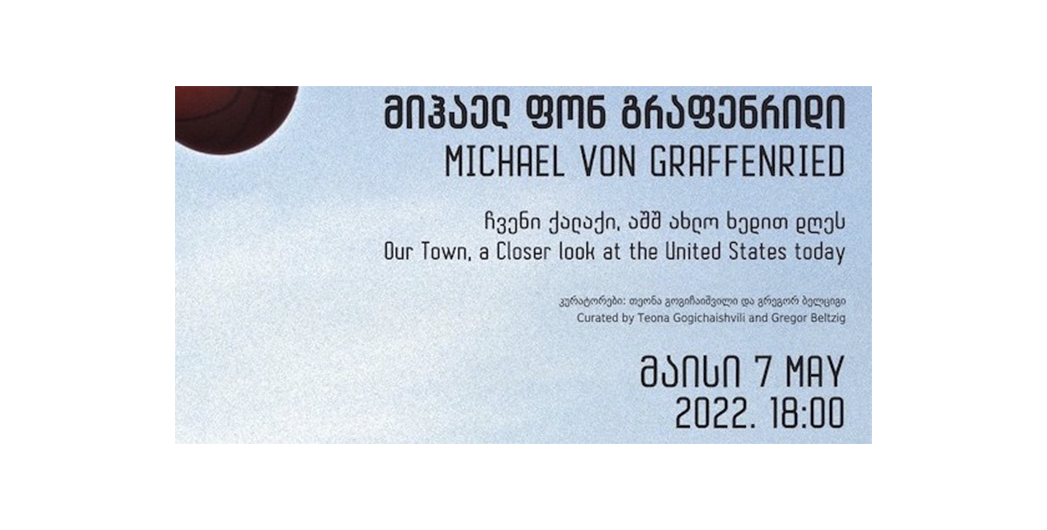 I. Grishashvili Tbilisi History Museum, Karvasla is hosting Michael von Graffenried's exhibition "Our Town, a Closer look at the United States today" at 8 Str. Sioni.
Curated by Teona Gogichaishvili and Gregor Beltzig.
Born in Bern in 1957, Michael von Graffenried, began his career as an international photojournalist in 1978, and today concentrates on long-term projects in multiple media including billboards and film. His documentary film War without Images, produced with Mohammed Soudani, first screened at the Locarno Film Festival in 2002. Graffenried has exhibited widely and his photographs are held in many permanent collections. His awards include a World Press Photo Award (1989), Chevalier des Arts et Lettres in the French Legion d’Honneur (2006) and the Dr. Erich Salomon Prize from the German Society of Photography (2010)—the third Swiss to obtain the award after René Burri and Robert Frank. Graffenried’s work is published in more than 30 books the latest three are Bierfest (Steidl 2014), Changing Rio (Offizin 2016) and Our Town (Steidl 2021).
Our Town is Michael von Graffenried’s photographic portrait of New Bern, a small city in North Carolina with a population of 30,000, conspicuously composed of 55% white and 33% black citizens. It was here in 1710 that Christoph von Graffenried of Bern, Switzerland, first began building houses at the confluence of the Neuse and Trent rivers; the fledgling town took on the name of his home city. Taken over a period of 15 years, Michael von Graffenried’s photos are neither overly formal compositions nor fleeting snapshots, but patient images of everyday life showing understanding and no judgment of his subjects: a black church congregation, young white girls at rifle practice; black men exchanging cash on the street, a white couple displaying their collection of firearms with the trophy of the hunt—a great stuffed bear—looking on; a black female stripper performing for a white man.
In June 2020, following the killing of George Floyd, the largest demonstration New Bern had ever seen took place, parallel to many Black Lives Matter protests throughout the country and marking the first time the issue of black-white race relations had been thus proclaimed in the city. Von Graffenried’s Our Town is a both a proud document of a community and an empathetic call for increased integration and understanding at a decisive moment in American history.
This exhibition was realized in cooperation and with the kind support of Swiss Arts Council Pro Helvetia.