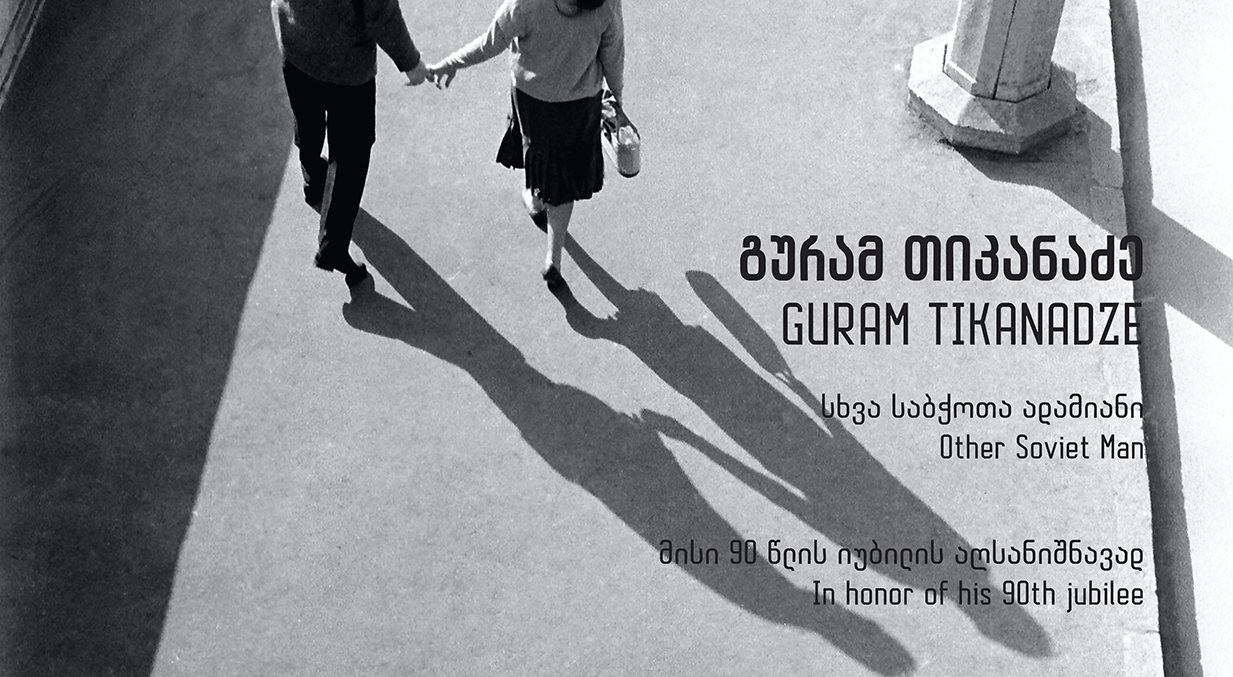 The mountaineer and photographer Guram Tikanadze was born on September 12, 1932. A geologist by profession, he was the first category boxer. He has been interested in photography since school age to later participate in the Soviet all-union and international exhibitions. He was awarded numerous awards and prizes. In 1959, the silver medal won by Guram Tikanadze at the International Festival of Youth and Students in Vienna became the first international award in the history of the Georgian photography.

In August-September 1958, together with a group of four, he completed the most difficult crossing of the time on the Central Caucasus ridge. In the frames of one expedition Tikanadze climbed 14 out of 16 peaks and won the Silver Medal of the Soviet Union. At that time, no one in the history of the world mountaineering has performed such crossing ever. Guram has climbed about forty peaks Spartacus being the first one in 1952. From 1957 on he started to climb the fifth category peaks. The first one was the Mount Garmo in Pamir (1957). In August 1963, together with a sports team he led, Tikanadze climbed Tetnuldi. On August 21, the group ascended Shkhara, and on August 27 he tragically perished while descending the mountain.

Guram Tikanadze’s work coincided with a so-called “warming period” of the Soviet-era when the young photographers deliberately disregarded the laws of staged photography and boldly introduced the style of reporting. He had an enormous influence on the development of Georgian photography through creating a cultural and genetic tradition in Georgian photography. Guram Tikanadze's works were regularly published in Georgian and foreign periodicals. He became a special photo correspondent of Polish, Czech, Slovakian, and German publications. Guram Tikanadze's photographic language, its unexpected angles, and the ability to discover the "unusual" elements in usual scenes, reminds us of the language of avant-garde photography of the 1920s, and specifically aesthetics of Alexander Rodchenko's works. In 2004, the photo festival Kolga Tbilisi Photo awarded Guram Tikanadze Alexander Roinashvili Prize for his outstanding contribution to the development of the Georgian photography.

In Georgia he is rightfully called the Teacher of the Next Generation. In 2022, Guram Tikanadze would have turned 90 years old.