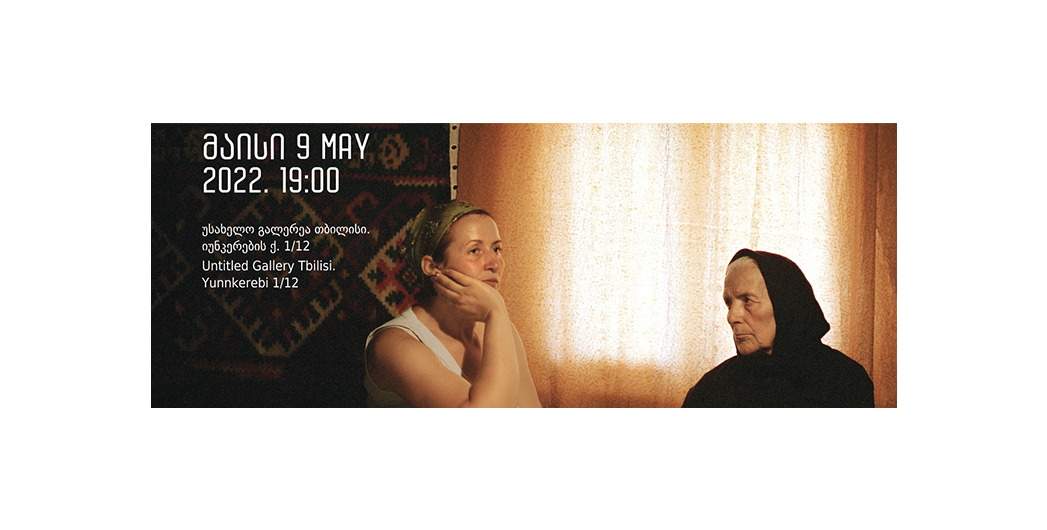 Untitled Gallery Tbilisi is hosting Rena Effendi's exhibition "Waiting for Winter" at Yunnkerebi 1/12.
Curated by Giorgi Rodionov
“I saw a woman sitting on the porch of her house. So I asked her “What are you doing?” - to which she responded: ``Nothing, just waiting for winter”. - Rena Effendi
The meadows of high grass are mowed; the haystacks are drying in the autumnal sun. A woman sits still in a room of her home in Breb, a Transylvanian village. Her hands are crossed and placed gently on her lap. Day by day, she waits for a new season, as if the winter will appear in her view and walk into her home from the neighboring courtyard. It is the winter that will conclude the year and bring to an end another cycle of life for the inhabitants of Transylvanian villages, whose lives are closely intertwined with nature and dependent upon how the meadows will grow. They take on the task of mowing and raking, farming their land with tranquility and respect. Their repetitive walk of life transcends boredom, becoming a slow, measured, yet harmonious existence. Rena Effendi is known for her keen observation of people’s intimate connection to their homes and history. Mostly focusing on places where this fragile bond is on the verge of breaking up, her photographs, both peaceful and alarming, are reminders of the continuous clash between modernity and tradition. The exhibition “Waiting for Winter”, brings together works from Effendi’s three photographic series: Built on Grass (2014), Chernobyl: Still life in the zone (2010) and Khinaliq Village (2006 - 2018). All three stories radiate with admiration for the slow pace of village life, but at the same time the peaceful image is disrupted by traces of toil, decaying environment and daily hardships.
Each series unveils a compromise between a strong attachment to one’s homeland and the difficulties of maintaining the familiar way of life. In Built on Grass we see a pastoral setting in the bucolic landscapes of Romania. Men and women labor on their land of precious hay meadows in an almost medieval way, by hand, choosing horses over tractors. In Khinaliq Village in Azerbaijan, a small community of sheep herders breed their livestock among spectacular mountains, but their home is often inaccessible in the winter. People live there without basic amenities of running water and gas. In Chernobyl, Ukraine many villages have been devastated by the nuclear disaster and encompassed into the exclusion zone. Yet the inhabitants, mostly elderly women, refused to leave. Here, the calmness of the village becomes the deadly silence of nature, which slowly reclaims the spaces spoiled by men, producing a harvest of contaminated vegetation. All three stories are pervaded with a sense of tranquility. Rena Effendi’s painterly use of light gives the photographs the look of canvases of the Flemish old masters. The sunlight that floods the interiors of Vermeer’s paintings and casts a face with a golden glow and Brueghel’s mildly lit landscapes with peasants working in the fields seem to be as much of an inspiration for Rena Effendi as real life itself. Though it is not only the beauty of rural landscape that makes these images sublime, it’s the daily inner toil to achieve the peace of mind, which Rena Effendi captured in the faces of the people. These dignified portraits are testimonies to the delicate balance found between necessity and joy. The humility of these people is mature, their patience and resilience is powerful.
Text by Anna Arutiunova