SPINE OF THE MOUNTAIN 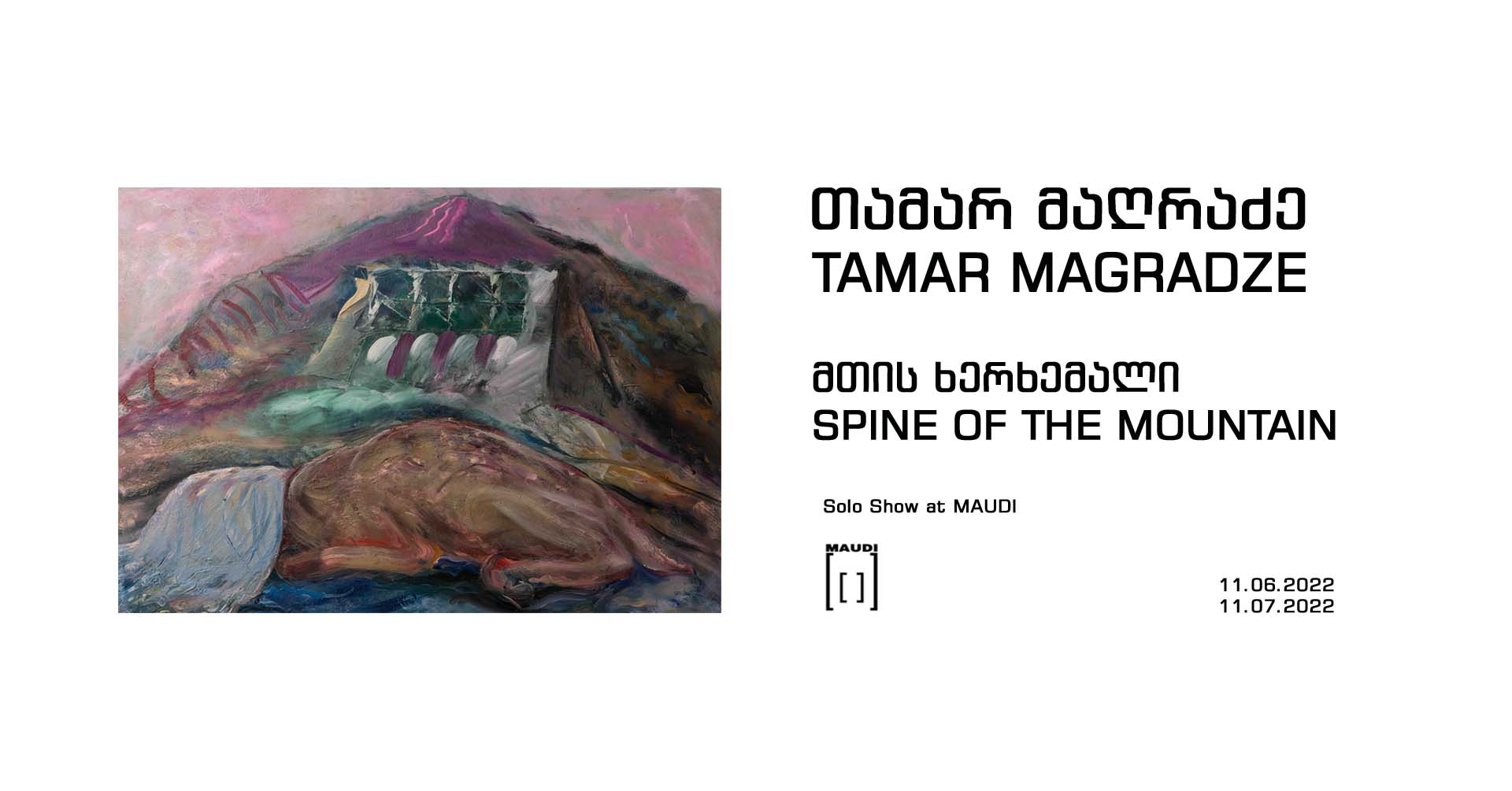 MAUDI presents Tamar Maghradze's solo exhibition - Spine of the Mountain. The exposition brings paintings made during the pandemic and a video piece.
The portrait series "Face Nature" presents human-like faces and figures whose fluid contours and strong colors mirror the shape of natural elements and forms such as water, mountains, and feathers. The moods oscillate between determination, melancholy, and indeterminacy. In merging landscape, character expression, and non-human ecology the images, that look back at us, express our existential dependency on the fragile and always floating network of life. Against the hybris of the belief in autonomy and domination of nature, the portraits are encouraging us to face the fact that humanity, as we know it, is only one of the many fleeting faces of an unstable super-organism.
The creatures portrayed in the paintings become alive through the artists' meticulous and technically rich working process. Often feminine and in some cases, animalistic figures dwell on the fragile and sensitive divide between humans and their surrounding nature. They represent the feminine core of nature and simultaneously express melancholic sentiments, that accompany mortality and the steady annihilation of the natural environment. Video installation, exhibited alongside paintings focuses on an old iron fence, bearing accidental landscape images, developed through the slow process of rusting. As opposed to the paintings, the artist in this work is a mere observer, looking at the images from an outside perspective. The contrary nature of these works is also present in the exposition. While the portraits fill the white space with their strong presence, determining the dynamic structure of otherwise solid exhibition space, the video work unfolds itself only through the effort of the viewer to approach and look closely.
Artist Biography
Tamar Maghradze was born in Tbilisi, Georgia, in 1988. She is an artist, working in different media: painting, video art, animation, and experimental filmmaking. She graduated from Tbilisi State Art Academy in 2011 and the following year moved to Berlin to continue her education. In 2018 she received her master's from Berlin Art University (UDK) in new media and experimental filmmaking, led by Hito Steyerl. Her works have been shown in Müseum für Fotografie, Berlin, Haus am Lützowplatz, Berlin; BF Artist Film Festival, London; Tbilisi International Film Festival and more.
Tamar's video works, paintings, and animations reflect on contemporary social and ecological conflicts, and transitional struggles, expressed through the artist's personal approach, often employing dreamlike and surrealist methods.

The Phenomenon of Lithuanian School of photography.