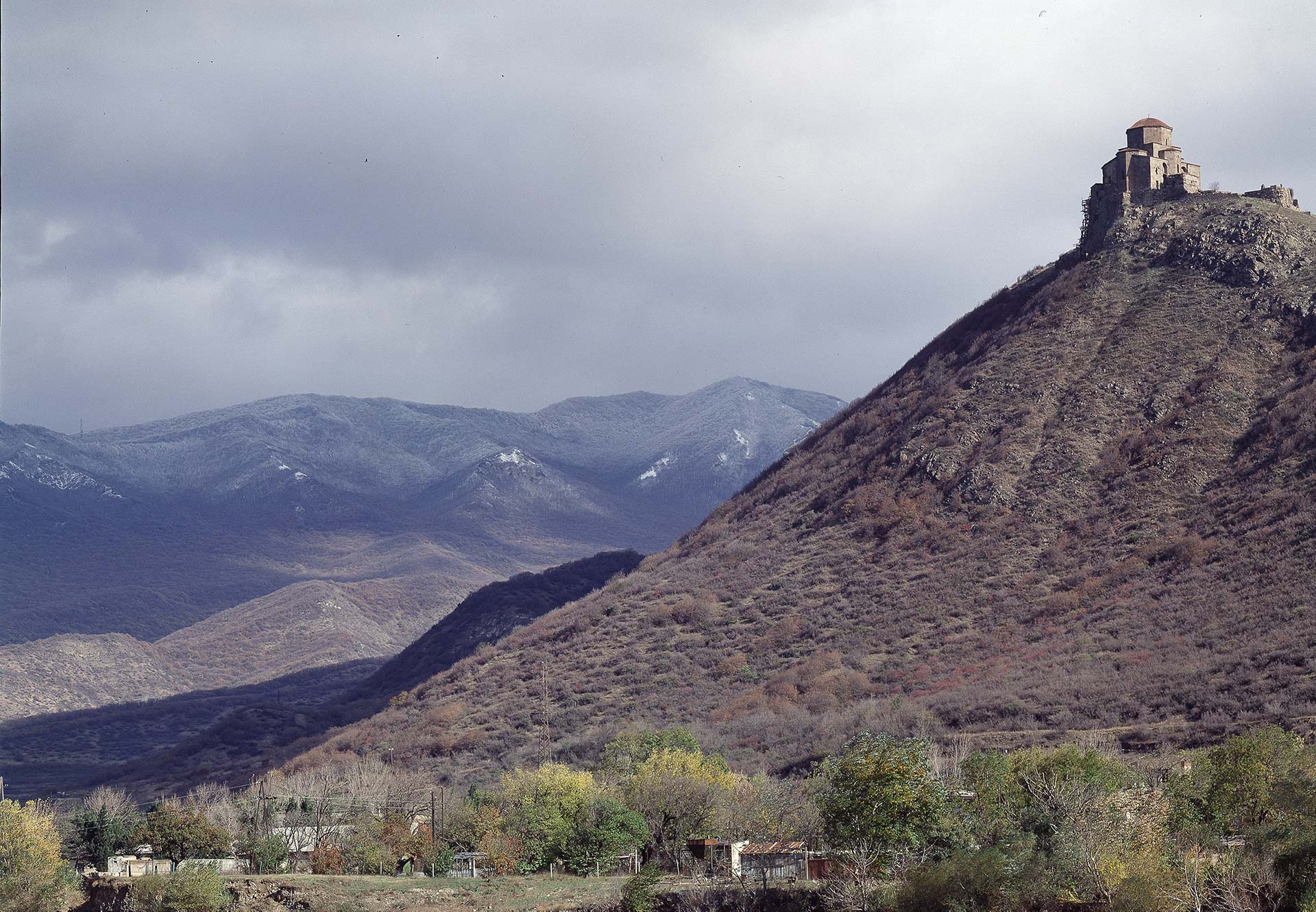 Church of the Holy Cross near Mtskheta. Far view from the south-west 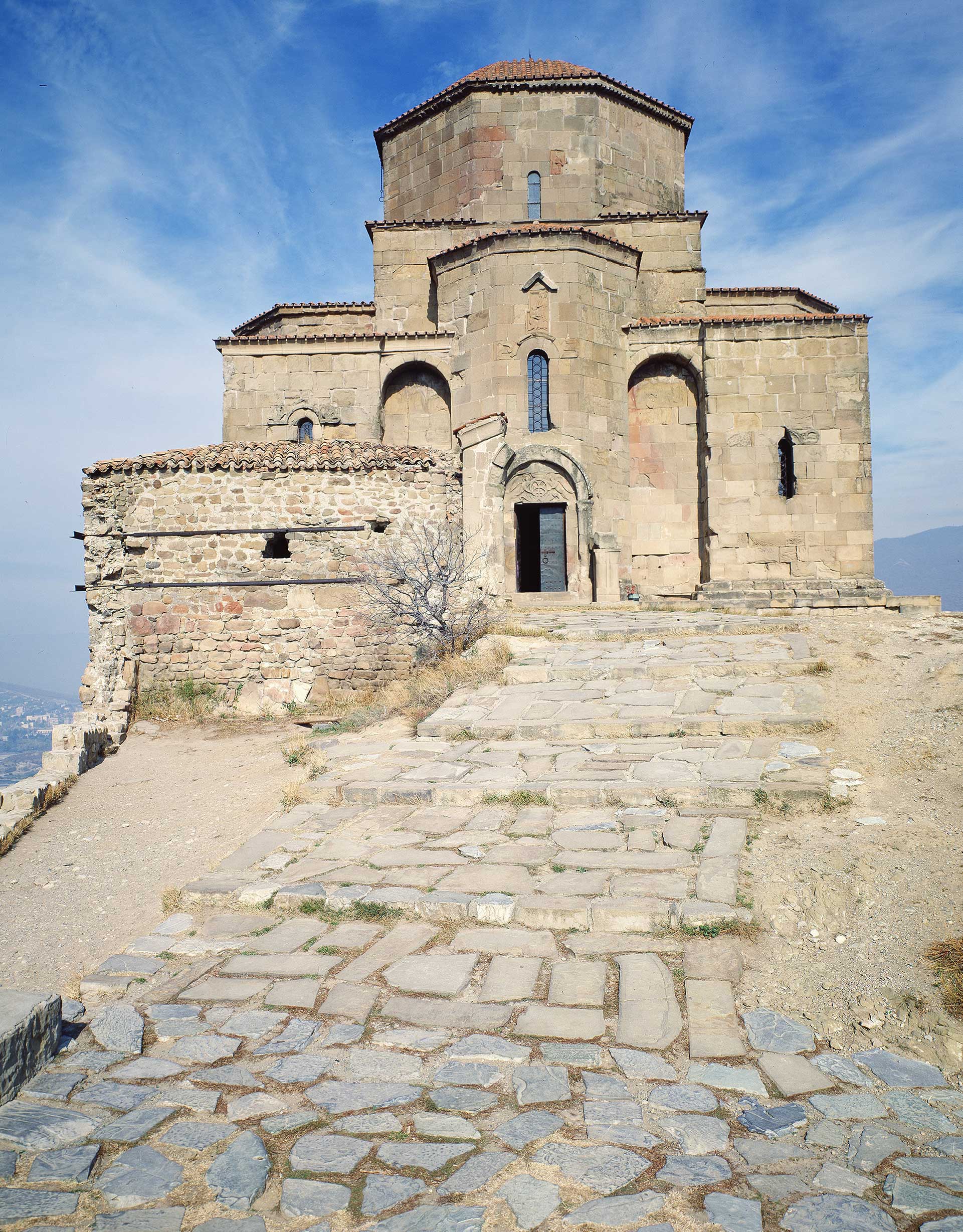 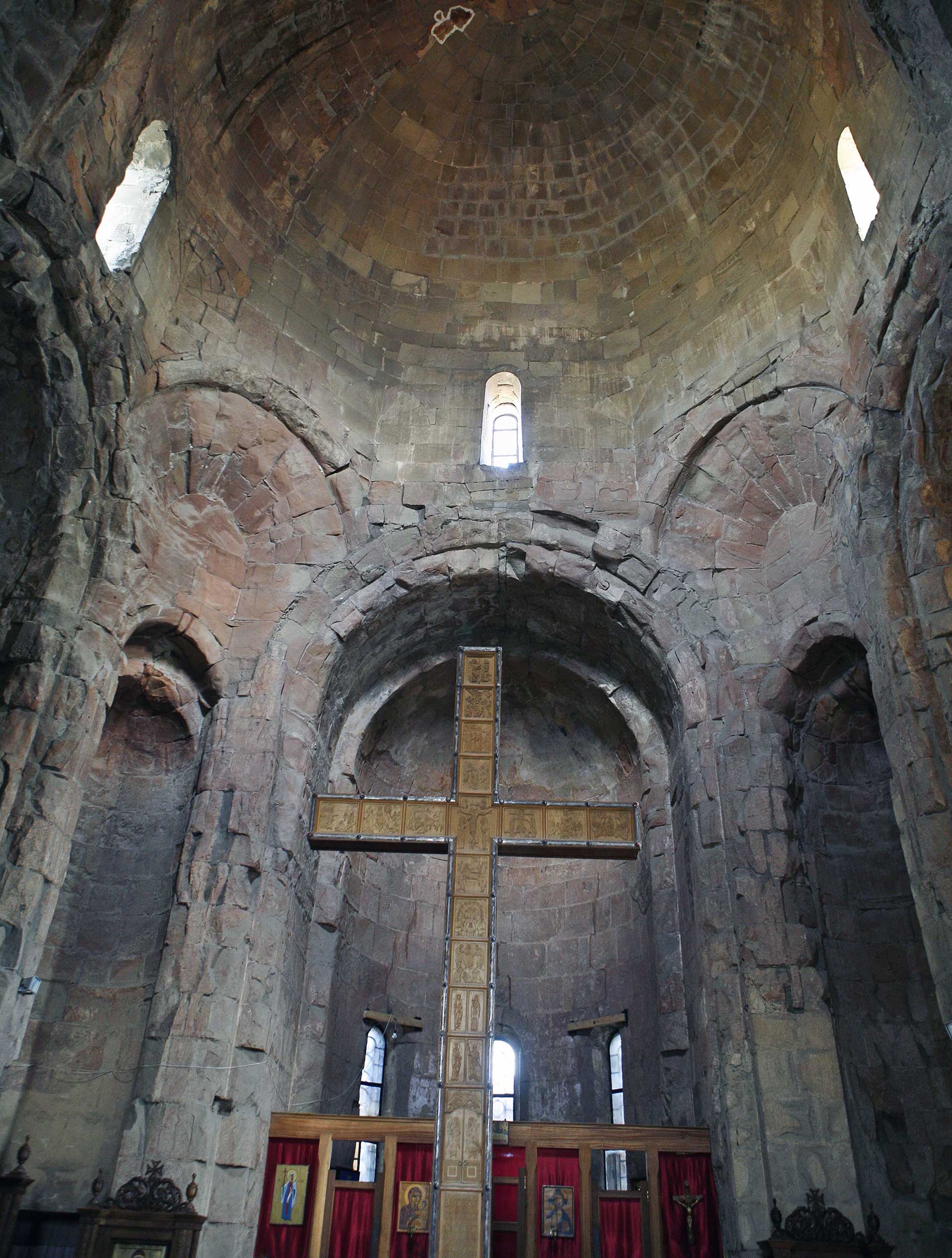 The Church of the Holy Cross is the first Georgian church to be amply decorated with façade sculptures. In the centre of the eastern façade, there are three relief slabs representing the donors to the church, local rulers Stephanos I, his brother Demetre, and Stephanos’ heir Adarnase. The relief of the Ascension of the Cross with two flying angels is placed above the main entrance on the southern façade. On the same façade, higher up there are the images of Kobul-Stephanos, one more member of the ruling house, and an unknown person who is usually identified as the architect of the church. 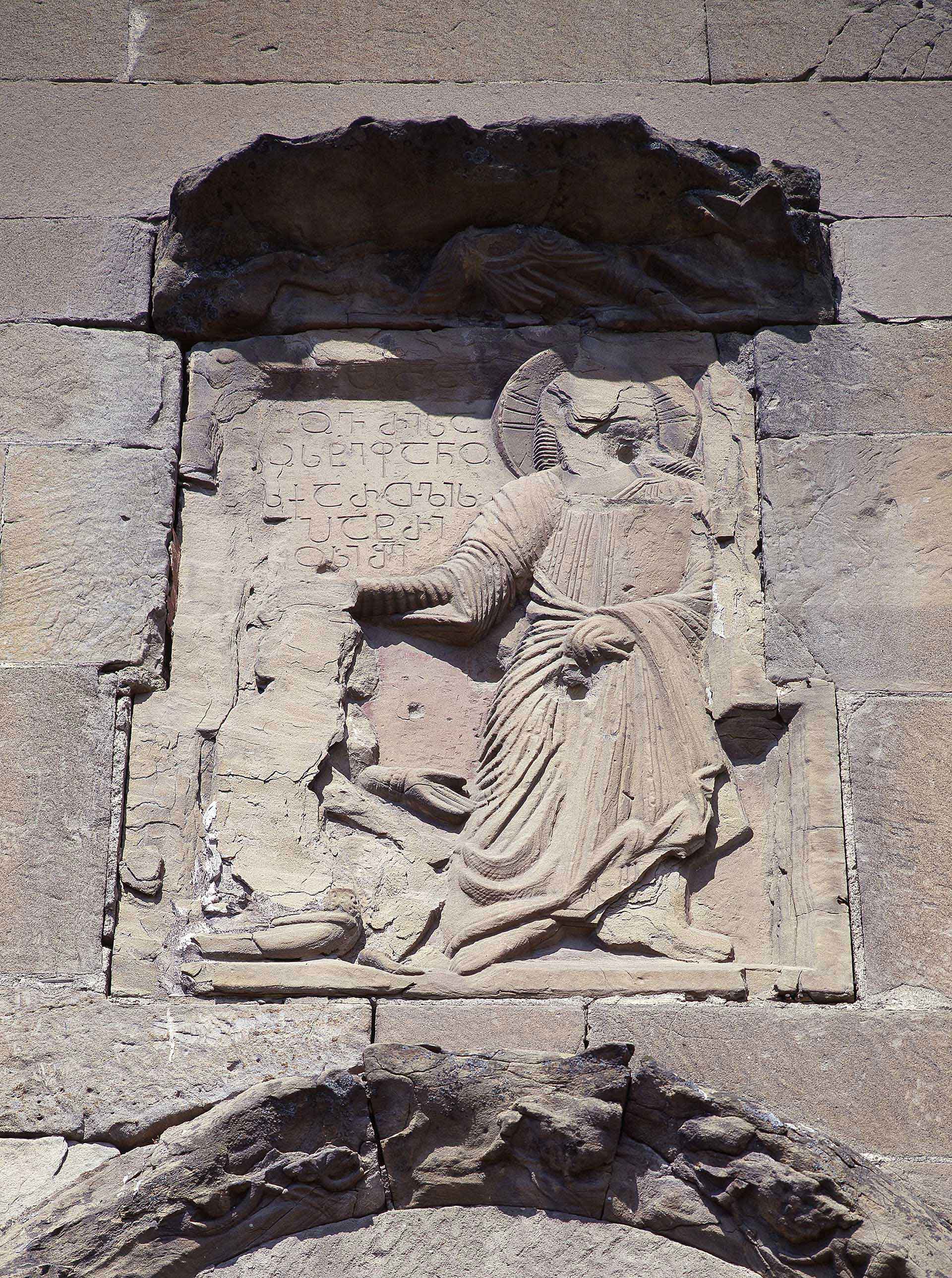 Sculpture of Stephanos I kneeling before Jesus Christ 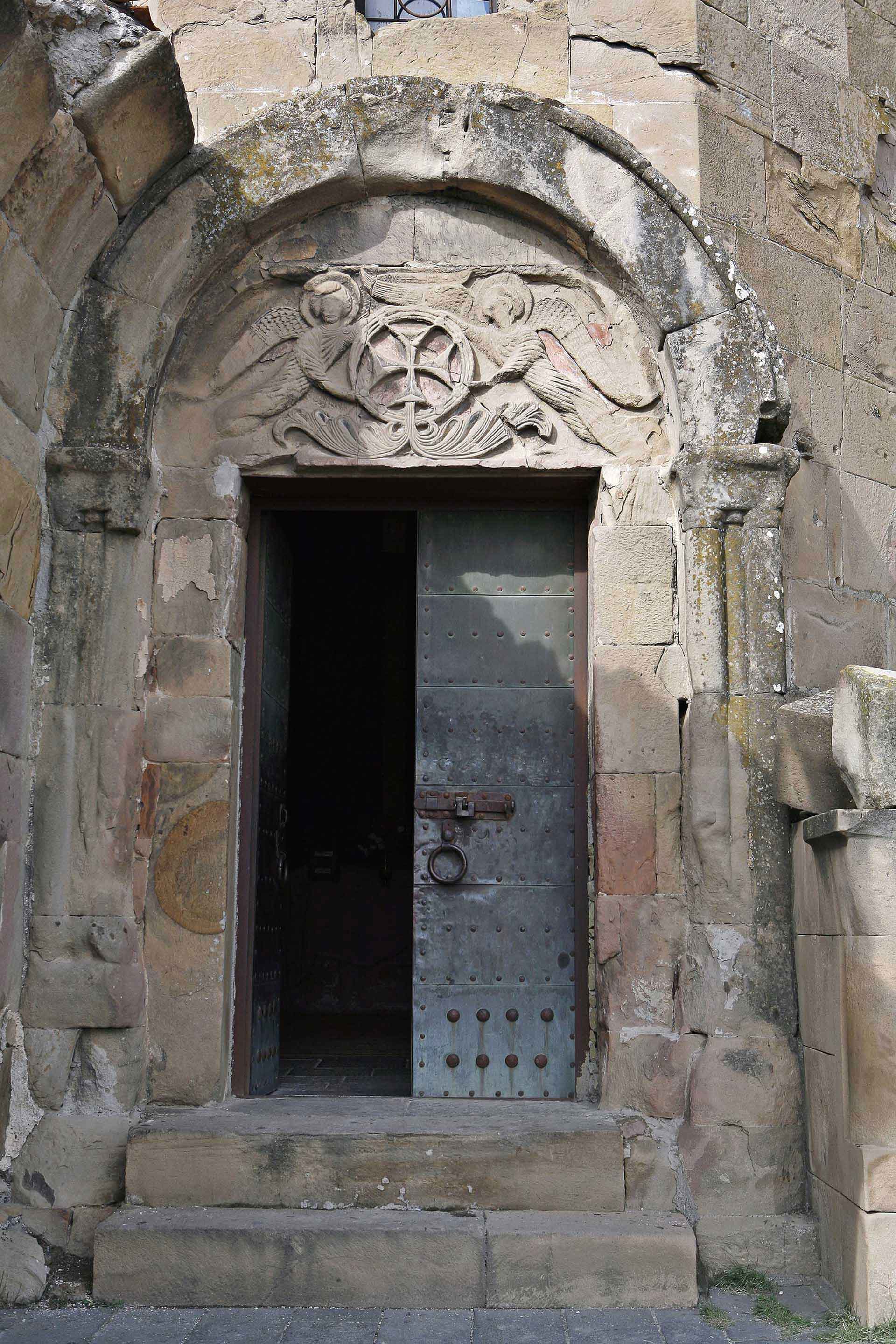 Southern door with the representation of the Ascension of the Cross

The Church of the Holy Cross is one of the most famous landmarks of Georgia distinguished for the harmony of structure and topography. It had a great influence on the further development of Georgian architecture being imitated in several churches built in various parts of the country (Ateni in Shida Kartli, Martvili in Egrisi, Dzveli Shuamta in Kakheti). 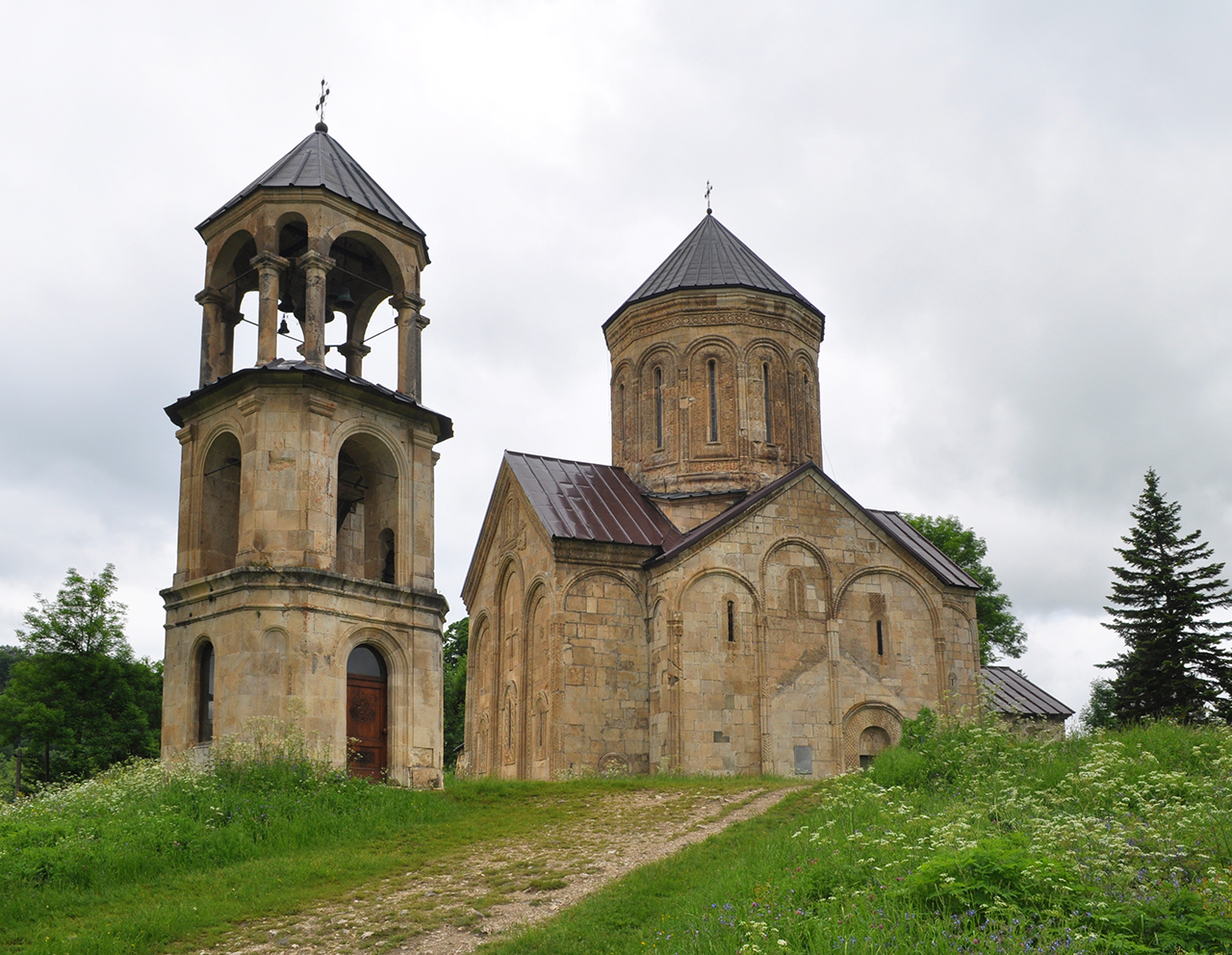