Film industry in Georgia emerged soon after the first moving pictures were shown in Paris in 1895. Georgian audience already had possibility to watch Lumiere brothers’ films in Tbilisi, just year and a half later of their initial screening. In 1904, the first movie theatre, Iluzioni was opened in the city, offering regular screenings of European movies. As this new medium became increasingly popular, other theatres were also constructed in Tbilisi, turning into the trendiest entertainment venues of the capital.

Impressed by the possibilities of magic camera, young film technician,Vasil Amashukeli and Photographer, Alexander Dighmelov (Dighmelashvili) started experimenting in film and became the pioneers of Georgian cinema. Both of them made several shorts in late 1900s, followed by the first full-length documentary By Amashukeli in 1912 – “Journey of Akaki in Racha-Lecchkhumi”, with Dighmelov’s cinematography. The movie followed famous Georgian poet Akaki Tsereteli on his trip to the mountainous western part of the country.

The first full-length feature in Georgia was shot during 1916-1918 by Alexandre Tsutsunava. “Christine” was based on EgnateNinoshvili’ novel of the same name and was produced by Germane Gogitidze, the first Georgian film producer and entrepreneur, who played the key role in development of film industry in the rise of Georgian cinema. Tsutsunava, Ivane Perestiani, KoteMarjanishvili and VldimerBarski were the most active and successful filmmakers of that time, laying groundwork for Georgian cinema. Though it was mid 20-s and early 30-s that marked the beginning of new, transformative era in this medium. Roaring twenties had its influence on Georgian culture as well: it was a decade, when new generation of directors came on the scene with their bold and loud statements. This one of the most prolific times in the history of Georgian cinema was full of new ideas, visual experiments and artistic explorations, leading Georgian film industry to a short term creative explosion. Mikheil Kalatozishvili (Kalatozov), Nikoloz Shengelaia, Kote Mikaberidze, Mikheil Chiaureli, Leo Esakia and other young filmmakers refused to follow their predecessors path and old aesthetics of movie making. They no longer wanted to be directly influenced by theatre or literature as it was practice before and wanted to find new forms of expression, create new storytelling language. (For this, they would be accused in formalism later). 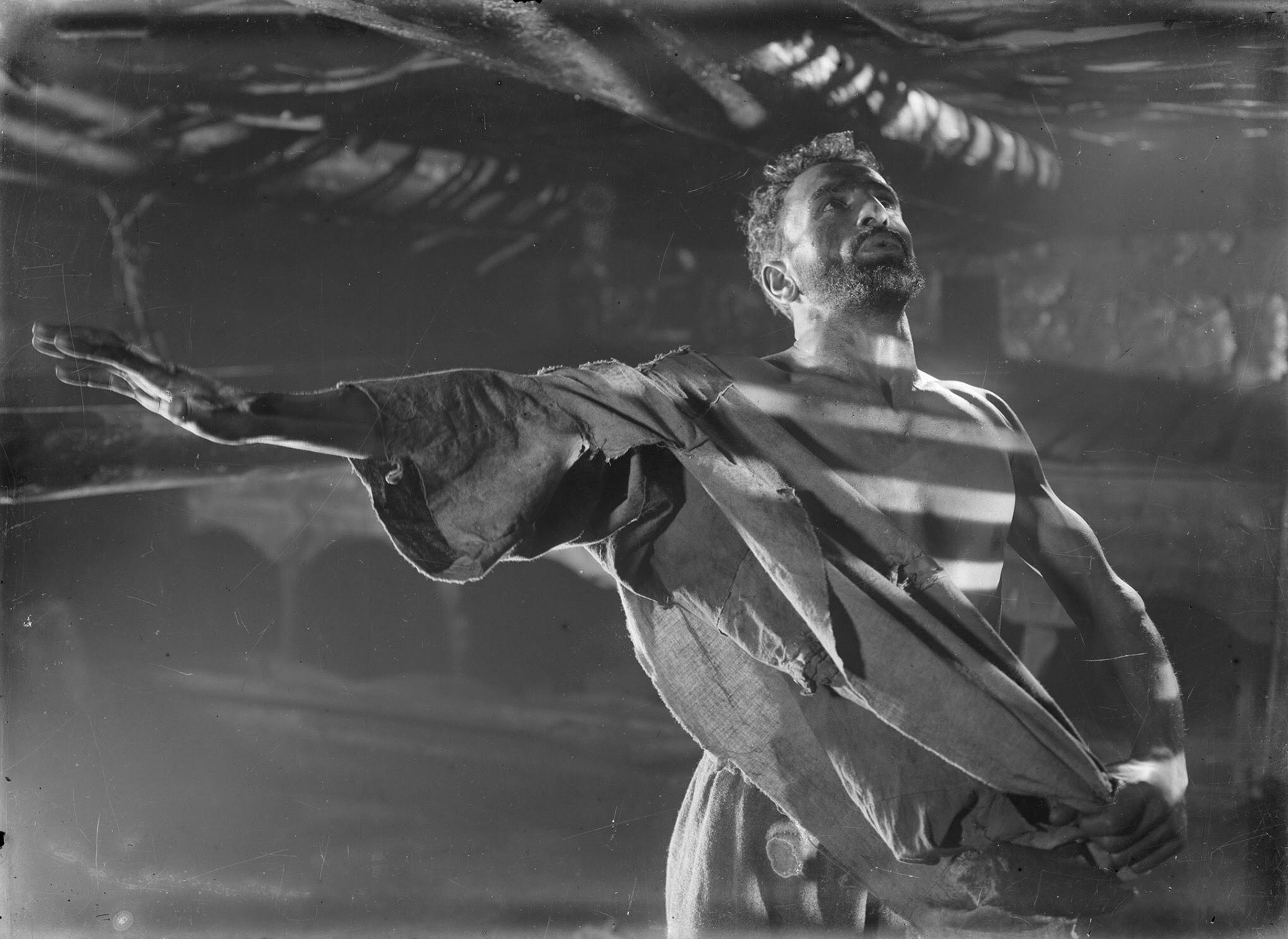 Their works were inspired by Russian avant-garde, futurism, German expressionism and other modernist movements. However it was the combination of outside influences with some of the best parts of national art and culture that gave uniqueness and authenticity to their movies and eventually made Soviet Georgian avant-garde cinema significant part of world film heritage.

Although they did not directly criticize the Soviet system as the directors themselves supported communist ideals in its original form, censors still found reasons to ban some of them for decades. The reasons frequently cited were: Formalism, lack of clarity or incompatibility with mainstream aesthetics. However since the films were taken too seriously by Bolshevik elite in Georgia until early 30-s therefore, filmmakers didn’t have much pressure while working. Film critic Nino Dzandzava says that political system defined the fate of Georgian cinema in a same way as in Russia and other countries of the union: “Until the end of the decade more liberal environment gave some free space to filmmakers for experiments, but after that the film aesthetic changed as well. Each republic started producing monolithic films that had strictly written political agenda of social realism.”

Mikhail Kalatozishvili (Kalatozov) was one of the influential filmmakers of Soviet avant-garde cinema and probably the best known Georgian director in the world. He worked in Georgia until early 30s and then moved to Russia. Kalatozov is the only Soviet director to get Palme d’Or, the main prize at Cannes film festival in 1957 for The Cranes are flying. In early 1920s young Kalatozov worked as a cameraman on several Georgian films. He managed to make only two films in Georgia.

In 1930, at age of 26, Kalatozov made his directorial debut with “Jim Shvante” (“Salt for Svanetia”). This ethnographic silent masterpiece is about daily life and struggle of people in isolated mountainous village of Ushguli in Svanetia, in the northwestern part of the Georgian Soviet Republic. The film shows Svanetians suffering from lack of salt and with no roads it’s hard for them to get it from elsewhere. The men sent to bring salt to Ushguli die in the snow. The primary line of the films tells how Patriarchal culture and strict religious rules oppress the highlanders’ far more, making women’s life especially harder. The film ends with the shots of Soviets building the road and ultimately connecting this isolated village to civilization.

“Jim Svante” breaks contemporary genre boundaries. It starts with realism of documentary film and continues with abstract, metaphoric aesthetics.Repetition of the shots, dynamic rhythm, alternation of distant mountainous landscapes and extreme close-ups, constructivist angles of towers and rocksAll these techniques make the image very intense and expressive, fading the boundary between the screen and the audience. Later,Kalatozov wrote that sometimes he would stand upside down to find proper angle for shooting. The art director of the movie was David Kakabadze, famous Georgian modernist artist, who shared the same vision of motion picture and art, as Kalatozov. Kakabadzeplayed an important part in the process of location scouting, as well as filming.“Jim Svante” was banned in 30-s and rehabilitated only in 60s.

“Nail in the boot” was another film Kalatozov made in Georgia. The plot follows a Soviet soldier ordered to rescue a stranded train and its soldiers. The soldier fails because of poor-quality of his boots and the gas attack destroys the command of the train. During the court hearing solder claims that blame must be shared among him and the boot makers, who happen to be members of the tribunal. Like Jim Shvante, Nail in the Boot offers constructivist and futuristic vision and aesthetics with expressive storytelling language. Kalatozov’s camera is working to change structures of perception and to make you experience the film and the atmosphere in it, rather than just observe it.

Despite promoting the devotion of Soviet military forces, this film was also banned in the Soviet Union for its "negative" content and never released until 1990s. The Soviet Censors decided it would have negative impact on the Red Army's image. Kalatozov was forced to retreat from filmmaking for seven years and was appointed to the administrative post at Film studio in Tbilisi. He was probably punished for failing to follow Stalin’s warning that the filmmaker must communicate a film’s themes and its socialist aspirations so clearly that even illiterate audiences would understand them. Both of his films were accused of formalism and not applying the revolutionary method of dialectical materialism.

Kote Mikaberidze’s silent classic „My Grandmother” is another brilliant piece of Soviet Georgian avant-garde and eccentric cinema; Actor-turned-director, who had worked with several major filmmakers before, invites us to a magic attraction in a debut film, where his artistic experiments go beyond imagination. With the help of art director, painter Irakli Gamrekeli, visual part of the film is absolutely stunning. Constructivist sets, innovative structuring and angles, original editing technique and using of stop-motion and animation creates anarchic, apocalyptic and absurdist vision of reality. “My Grandmother” is an expressionist burst of creative energy.

The film protagonist is an office functionary, one of the managers, who gets fired when a caricature of him appears in the youth newspaper, criticizing his idleness. To avoid his wife’s rage, he is doing his best to find a way to get back to work and following the advice of his ex-colleague, finds a “grandmother” –an influential bureaucratic patron and asks him for a help. But plot twist comeswhen he finds out what is written in his letter of recommendation. The film is a clear satire of bureaucratic system and workplaces, as well as mocking of bourgeoisie and consumerist lifestyle (there is a scene in the film, where a worker’s wife comes back from shopping and excited by her purchase, performs a frantic dance with her daughter, hardly noticing his husband, who’s trying to commit suicide).

Actually, “My Grandmother” was not a dissident, anti- Soviet film. It was criticizing overwhelming bureaucracy and lazy bureaucrats in general, that could have applied to any country and system. But Soviet authorities disliked it anyway. They decided that there were no role models in the movie and it was too negative and too formalist for the regime. The director was even accused in Trotskyism. Soon “My grandmother” was banned for over 40 years and was rehabilitated only in 1976. After that Mikaberidze had to leave aside his projects and work on films that would be more favorable for the system.

One more film, that reflects the aesthetics of avant-garde and expressionism, is “Eliso” (Aka Caucasian Love) by Nikoloz Shengelaia, a well known poet and member of the Georgian Futurist group before film career.“Eliso” is his fourth and probably the most distinguished film together with “Giuli”.

Made in 1928, the film is based on a short story of the same title by Alexandre Kazbegi, Georgian writer. The plot follows the fate of a Chechen village in the Caucasus Mountains during 1864 landgrab by the Russian authority. Tsarist regime is using Cossacks to forcibly resettle Muslim Georgians to Turkey in order to steal their land. The historical drama tells a love story of Muslim girl, Eliso and Christian Vazhia from the neighboring Georgian village. Due to a forced relocation Eliso faces the dilemma of not going with her father or losing the man she loves. Eliso is rare portrayal of a strong and independent woman in the movies of that time. She is self-determined, free spirited woman with willpower to stand for her decisions and desires. The impressive acting of Kira Andronikashvili as Eliso deserves special mention here.

Huge cast, dramatic tension and fast cutting make film very intense and powerful. Majestic landscapes and beautiful choreography of battle and dance scenes bring additional magnetism to it. Rythmic editing is especially impressive during the last 20 minutes of the film. In the scene where a young woman dies and the villagers are mourning, suddenly the village elder starts dancing and tells people around him to dance as well. With this gesture he wants to neutralize this tragic and dramatic atmosphere and bring back the hope to the community. This ecstatic dance of desperate people is the dance of life and death, expressing their hopelessness and lust for life at the same time. The film editing credit goes to Vasil Dolenko, well known and talented editing director, who played a very important role in post-production of “Eliso”. Dimitri Shevardnadze- a modernist painter worked as an art-director on the set.

“Eliso” was one of the few films from Georgian avant-garde scene to survive Soviet Censorship. The film even got the State prize of the Soviet Union in 1941.

For more information about Soviet Georgian avant-garde, you can also check “Giuli” by Shengelaia, “Saba” and “Khabarda” by Mikheil Chiaureli’s and „On the Holt” by Leo Esakia.