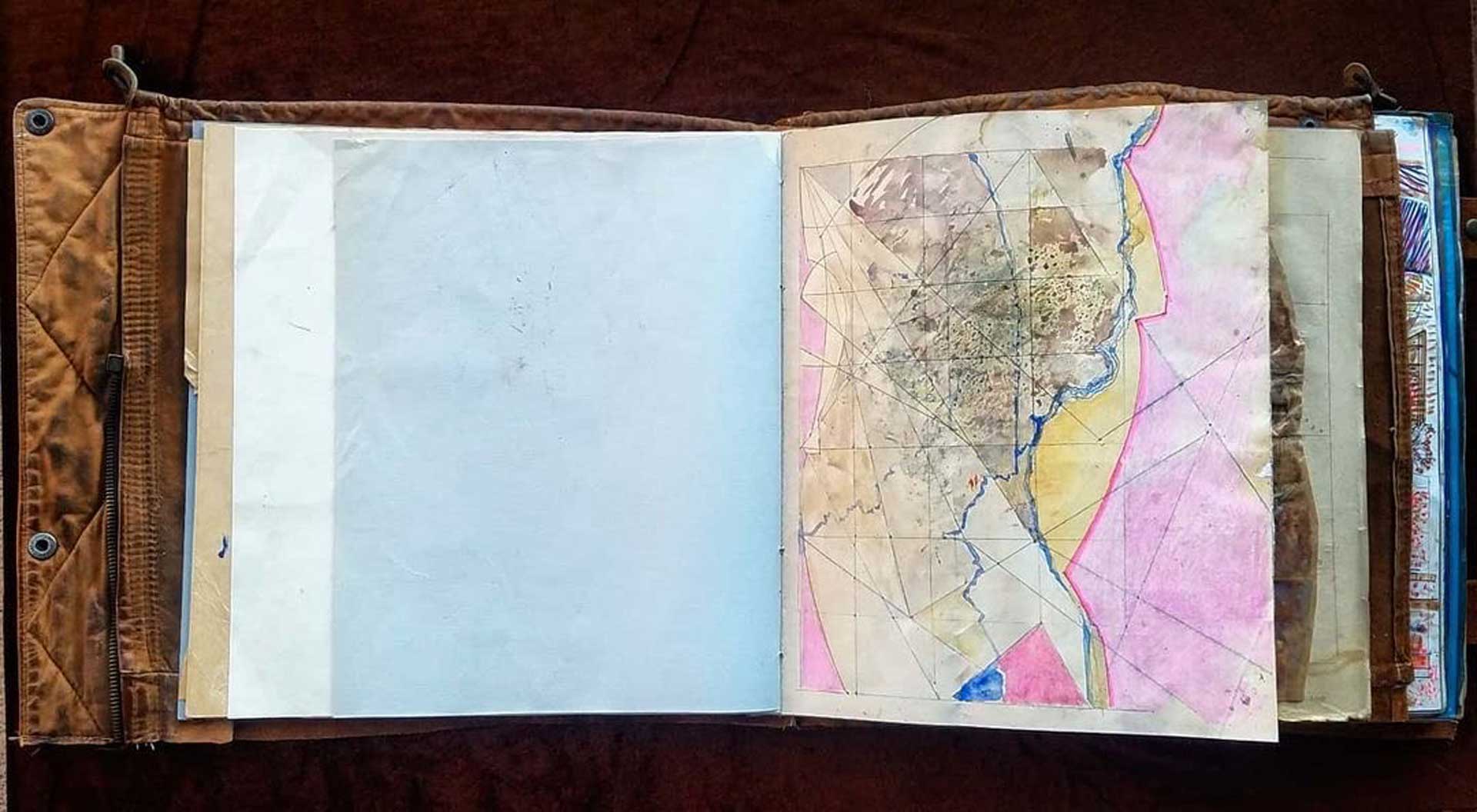 The story of Georgian Dadaism began sometime in the late 1910s, when the Zdanevich brothers (Kiril & Ilia) decided to form the art group “41 degrees”. Through Ilia’s concepts of “orchestral painting” and “everythingism,” the brothers aimed to transgress the boundaries of art, while simultaneously drawing different cultural patterns and meanings from the history of world art. Our story focuses on the contemporary conditions behind the legacy of the Tiflis avant-garde. Karaman Kutateladze, grandson of Kiril Zdanevich and now the director of Art Villa Garikula, is one of those few persons who represents a bridge between the avant-garde and contemporary art.

Photo from the archive of Kirill Zdanevich/Collection of Karaman Kutateladze.

He grew up in Georgia, but in the late 1980s moved to Paris and subsequently to the USA. Those trips would later become his inspiration for establishing an artistic residency in the former Bolgarskian House. Here Karaman declared his utopian dream, one which still transcends the understanding of contemporary culture. His dream was simple: to create a multiple reality, to bring dozens of different countries to one small Kaspian village and establish an international artistic community. This dream came to fruition, and up to ten symbolic national pavilions can already be found at the residency. Artists from the USA, France, Ukraine, the Netherlands, Lithuania, and Spain among others participate in the festival each year. Unlike the traditional understanding of an artistic colony, Garikula later made it possible to travel to various countries without actually leaving the space. As such, the escapism of the 1990s turned into an international embassy of contemporary art: a place for dialogue and new ideas. 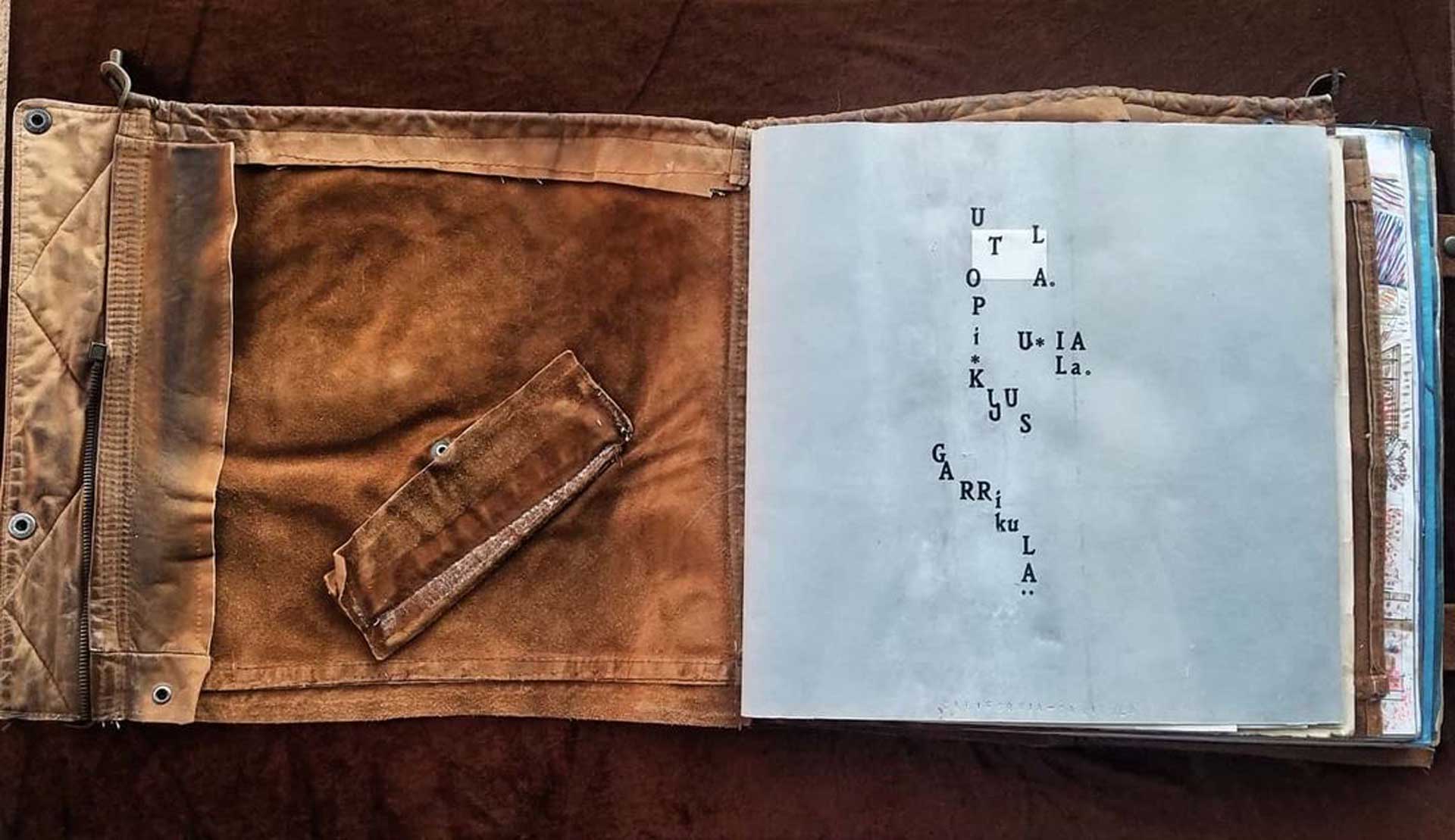 Besides Garikula, Karaman’s biography consists of paintings, maps, collages, Dadaistic poems and artistic books, which are now scattered around the world in private collections and museums. Part of this collection is kept at Villa, which also serves as a living museum and as an archive. Speaking to him in person, one has to acknowledge his enchanting aura as one of the last successors of the avant-garde. This aura is not one of historical narrative or tradition, but is mainly derived from his connection between the past and the present. There are historical representatives of the avant-garde, and then there are people who directly connect us through their storytelling, practice and life. Iliazd’s journey through the world began when he took a flight 100 years ago. His biography covers the most intriguing and critical periods of the avant-garde. When he flew to Moscow, he declared the death of futurism within futuristic communities [1]; again after some time, when he emigrated to France, he participated in the chain of events that would end the Dadaist movement per se [2]. Editing 40 art-books and collaborating with almost every leading avant-garde artist in and out of Paris, Iliazd became the ambassador and leader of the movement, but also someone who was associated with its demise. Now, Fest I Nova which runs each year in Garikula is nothing but a distant echo of Ilia’s (a.k.a. Iliazd’s) journey; everything here is a shadow of the once glorious palace of Dada – a movement which made it possible for Ilia to state that “the avant-gardists were the contemporaries of the Pyramids” [3]. This statement became fertile ground for his philosophy, and was also a prediction of the liberal and pluralistic nature of contemporary art. But do the shadows of Garikula make it less attractive? Or do the historical ruins, through which it is constantly circulated and transformed, make it obsolete? Nowadays (particularly after the current pandemic), one can state that the whole of art history proceeds through ruins. An excessive archaeological study of modernism is already required to reframe our understanding and grasp the notion of art through temporality [die Zeitlichkeit] [4]. What gains value in this process then are those artistic practices which shine through their historical alterity. In this way, the residue or the remainder of Dada and Futurism which were the deeply coded patterns permeating Karaman’s maps and utopias turned into a living star – that of Villa Garikula, and from year to year it adds brilliance to past processes by reshaping, reinventing, and reanimating them through present constellations. One of those processes can now be acknowledged through intensive work on historical archives, which aims to establish further links between the past and the present. The meaning of the avant-garde may be gone, but the brilliance of its shining star is still as desirable as it was a century ago. 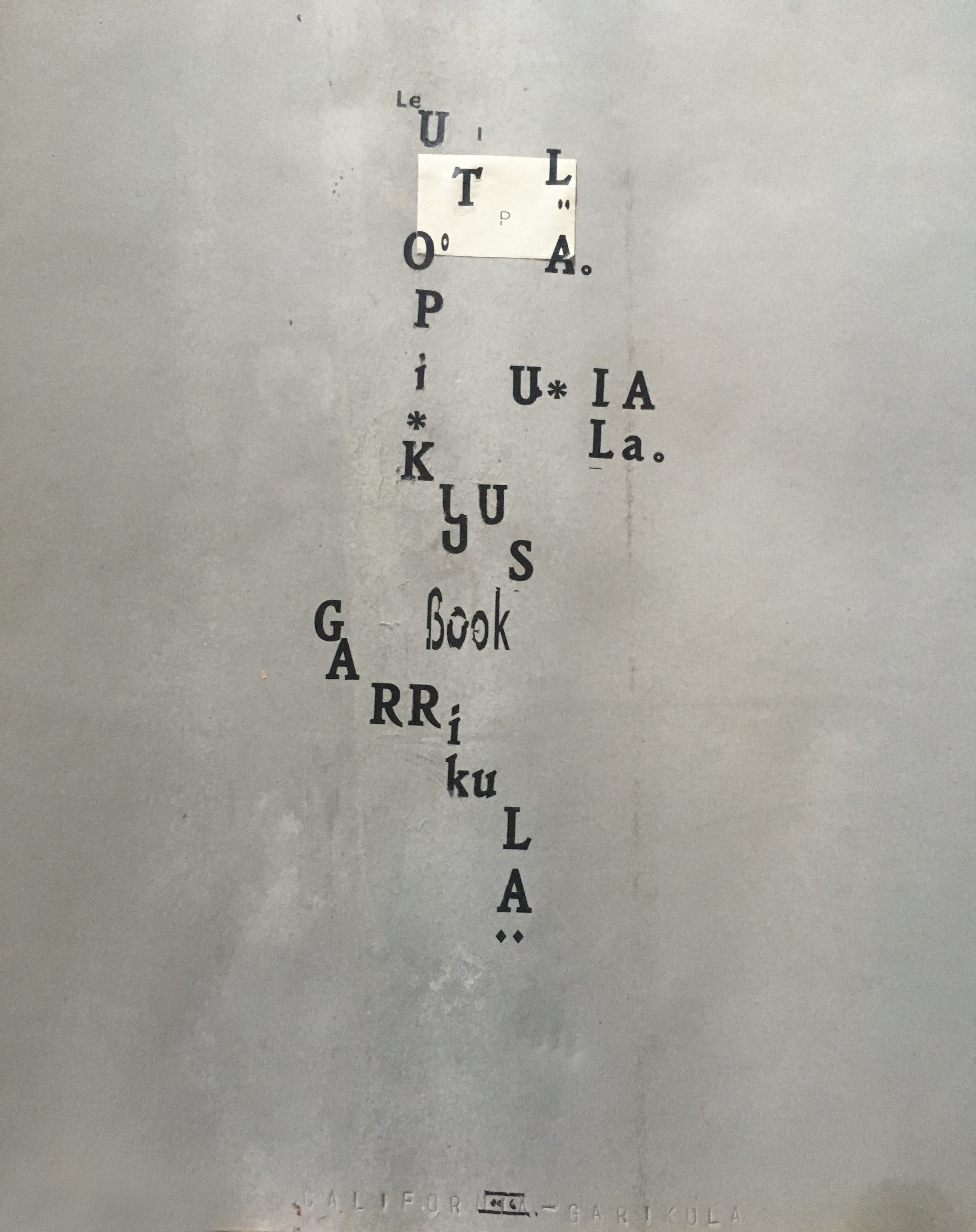 In February, Karaman Kutateladze’s first solo show “Invisible Utopias” was unveiled in Villa gallery. This was the first time that the artist brought his personal ideas to the wider public, and it is symbolic that it happened during one of the most complicated and dark periods of our times. Specially made for Villa Gallery, “Invisible Utopias'' consists of 8 paintings all site-specific and of different sizes. Starting from the artistic installation (made by Karaman Kutateladze and Givi Nonikashvili), Villa was transformed into a multi-perspective contemporary art space. The gallery itself challenges each artwork placed within it, as its open walls run through the vanishing point of nature. Here, once more, the environment and art meet each other. While the whole institutional basis of contemporary art is called to question, the artist once more escapes through an invisible journey. First of all, after modernity, most artworks became fixated on studio light, i.e. they were produced in such a way as to be seen or interacted with by other senses. In some cases, when for instance we come across a land art object or site-specific installations, they are either placed in juxtaposition with nature, or have undergone a synthesis which is no longer distinguishable to the naked eye. “Invisible Utopias'' on the contrary vanish into the natural framework; they are constantly altered by the play of light and shadows, while the mountains around Garikula penetrate within the exhibition and coalesce through the gaze of the visitors, who are also transposed from the work of art to the natural flow and back again. Thus, neither synthesis nor contradiction is achieved, but a mild interaction through which the paintings appear and disappear. The paintings themselves have been created through excessive and delicate use of dark tones: of purples, blacks, greys or browns that yearn for sunlight. This yearning and scarcity results in a chaotic inner movement, balanced with the golden ratio that is present in every picture. While reflecting sunlight, the landscapes create a somewhat haptic illusion through their optical radiance, and they become melting horizons. A sense of touch is reanimated within them; they are present through the viewers’ bodies, lending depth to the interaction of light. Some of the pictures seem to depict inverted light, while others emit the night vision as immanence, thus creating an ever-changing palette of sunlight. This reaction between the inner mobility of light and outer haptic-optic reflections forms the essence of the series, which is constantly in flux through the gallery experience. The insights are symbolically defined with shadowlike frames, or screens as the artist himself observes. As our lives are more and more connected with digital screens, the paintings can be interpreted as ‘screened out’. They somehow filter the contemporary approach, which includes a pre-established concept, or intentionality, by sustaining the aesthetic temporal rhythms of natural laws. It is up to the viewer whether or not they succeed in their enigmatic journey, but one thing that is totally obvious in the pictures is that they are not in pursuit of success. The glory of Dada, in fact, is its failure, by which language and form are permitted to escape historical perspectives and social clichés, grasping the essence of things through temporality. Instead of mastering nature or uncovering its object, “Invisible Utopias” contemplate decay and residues, and such are the crucial elements of the show: dead grass, melted colors, mixed up forms, delicately drawn dark tones through which sunlight is poured like a magnificent liquid, non-subjective night mountains transforming and vibrating through their mysterious movement, all animate a shadowlike world through which the invisible journey takes place. Now all that is left for us to do is to find our own way through these residues to the fallen castle of the avant-garde, which shines its everlasting brilliance of glory, of encounter and adventure.

[2] The culmination of these events was probably the infamous Dada evening of 6th July 1923, “The bearded heart evening”. Iliazd designed the posters for the show, but later refused to take sides in the conflict between Paul Éluard and Tristan Tzara.

[4] The term derives from Martin Heidegger’s fundamental work, “Sein und Zeit” and “signifies a unity against which past, present and future stand out as ecstasies while remaining essentially interlocked, such understanding frees us from thinking of past, present and future as sequentially ordered groupings of distinct events” / for further analyses see: Stanford Encyclopedia of Philosophy; Martin Heidegger; Temporality and Temporalizing. 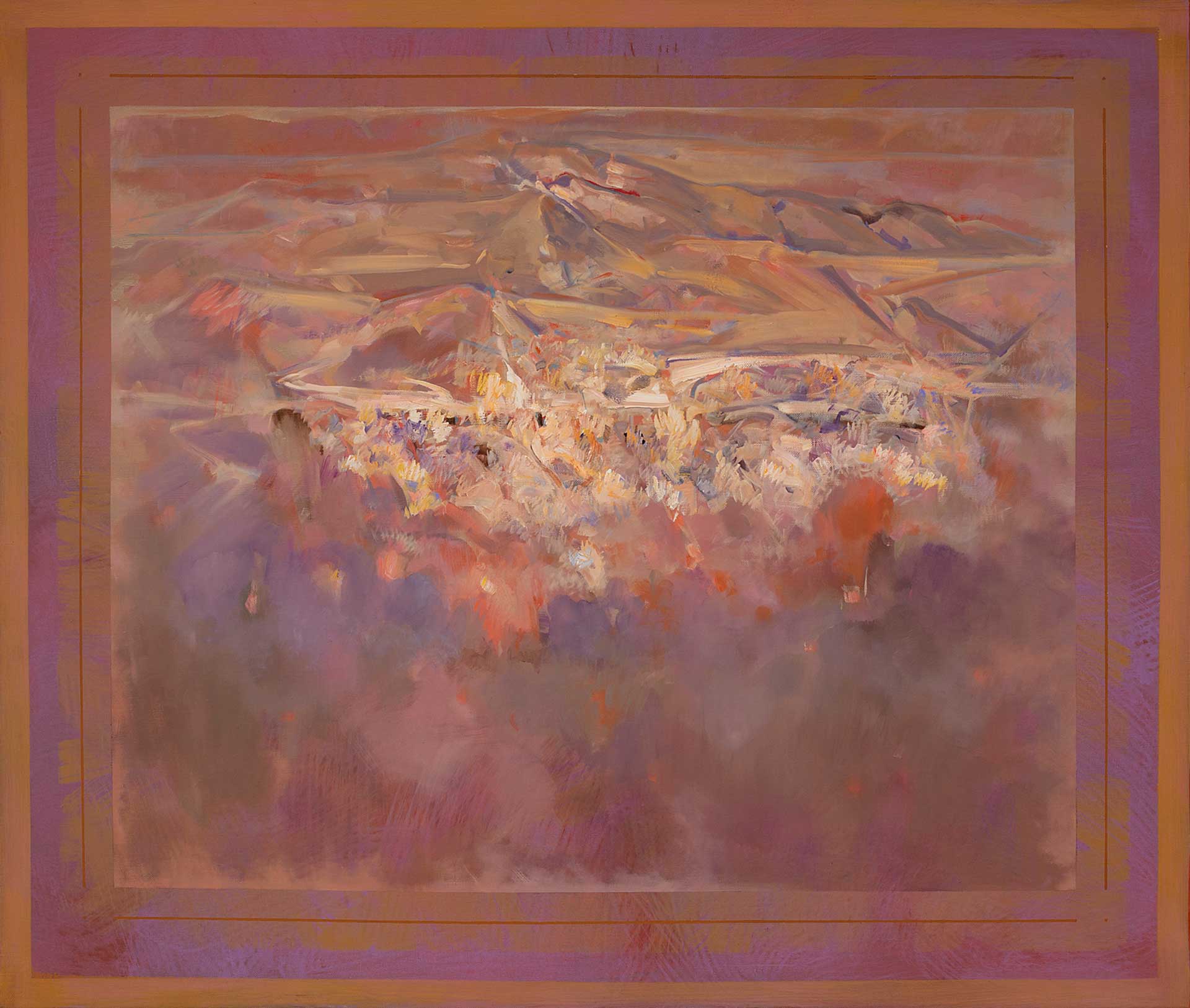 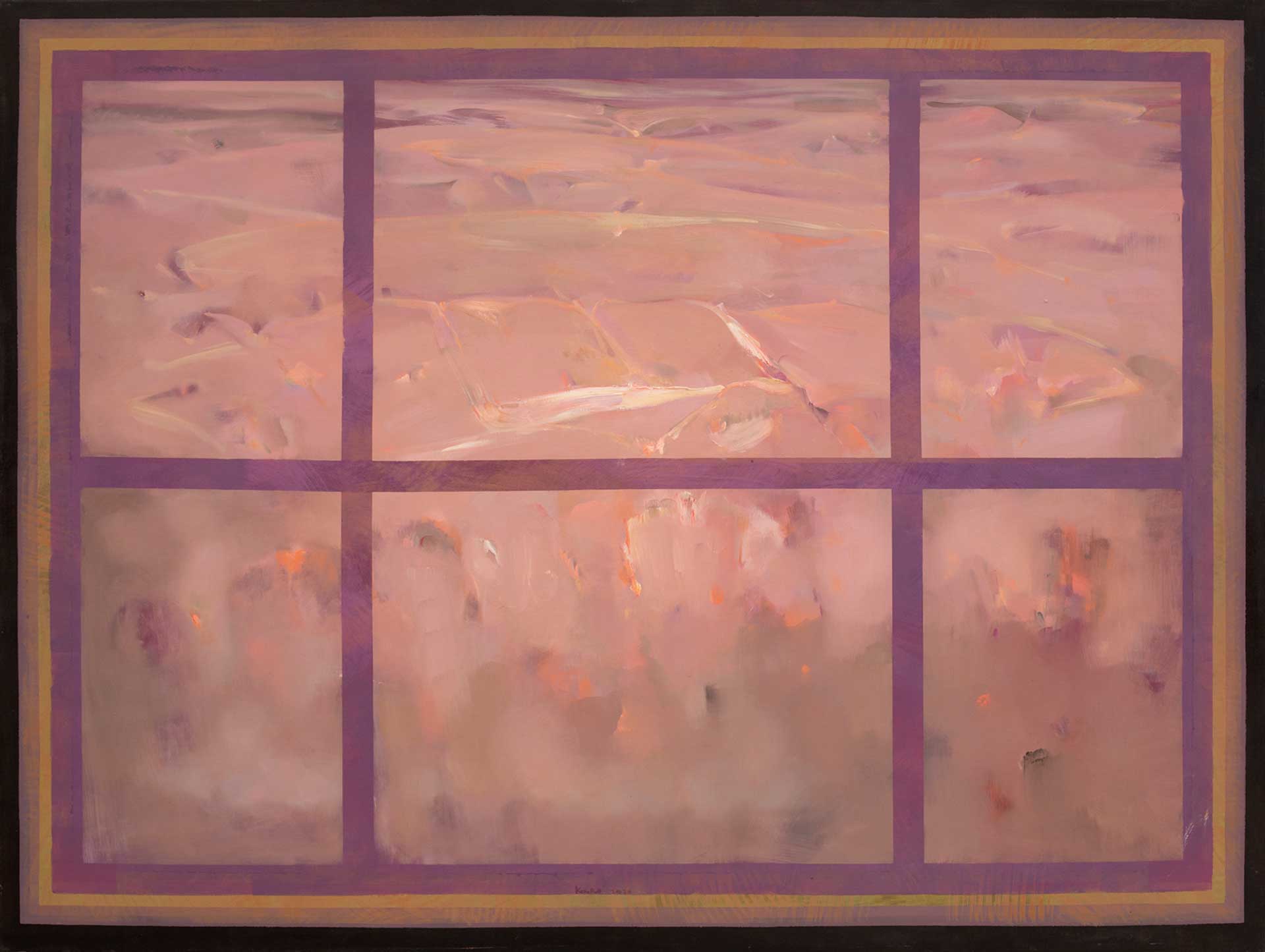 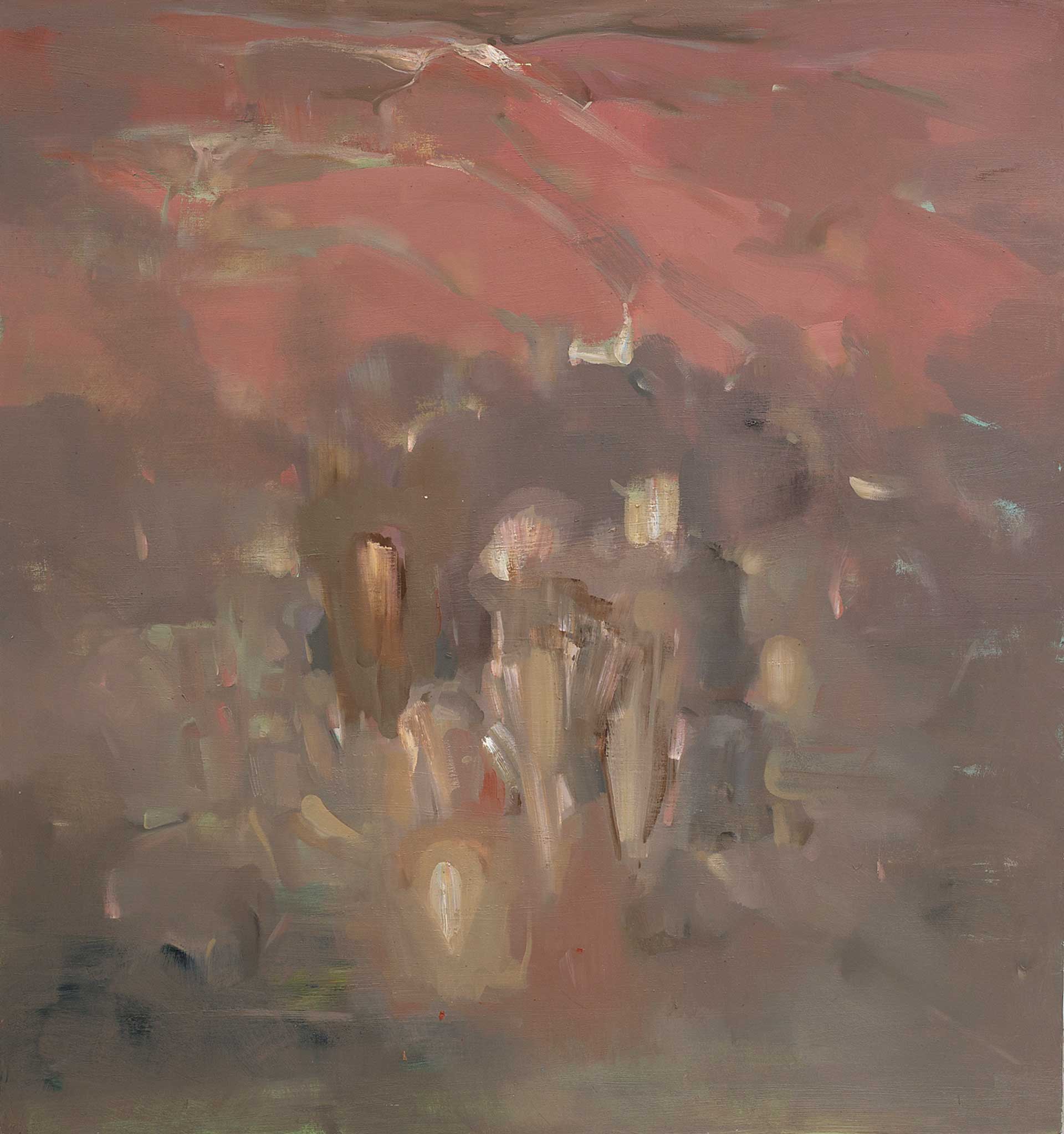 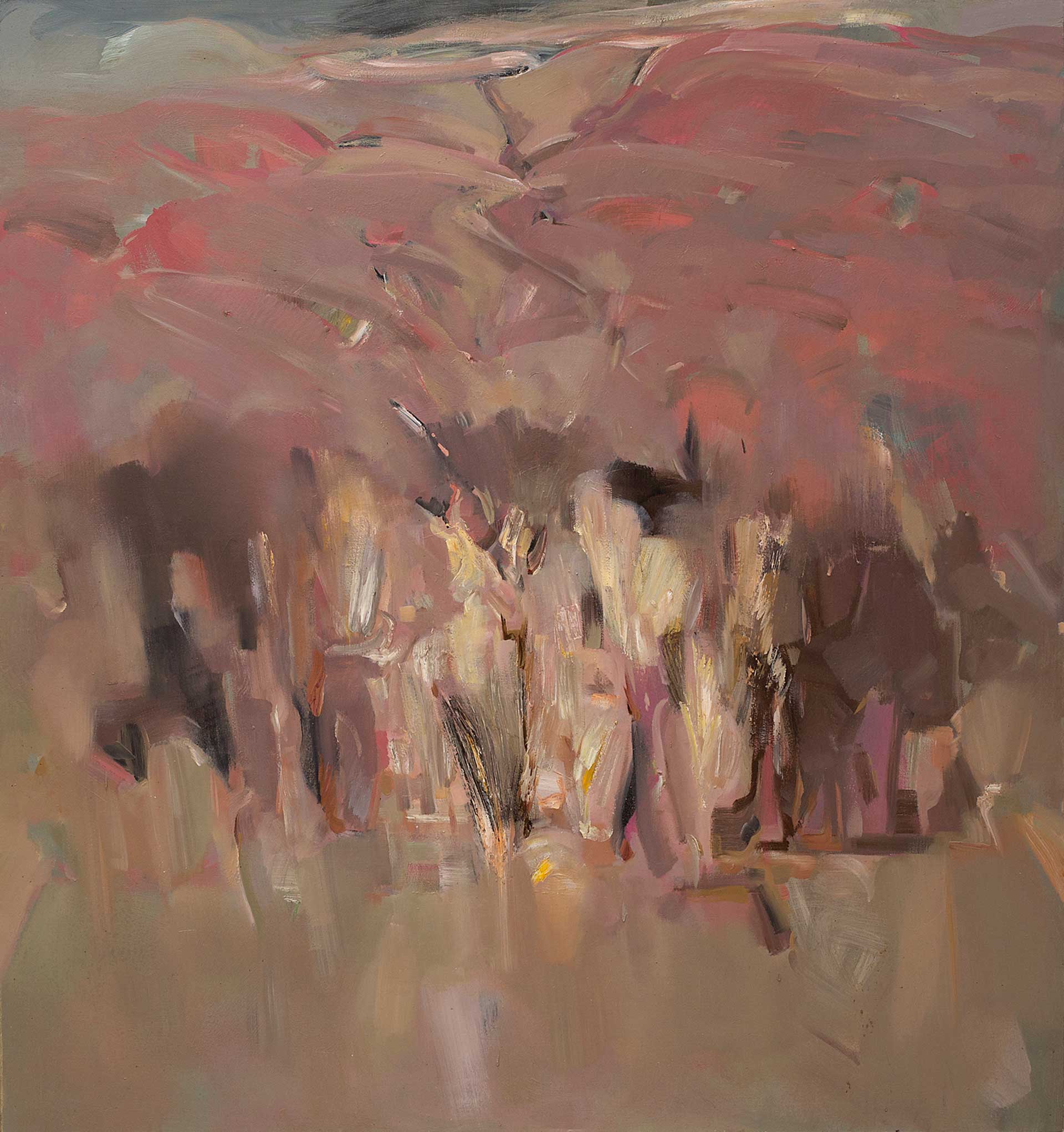 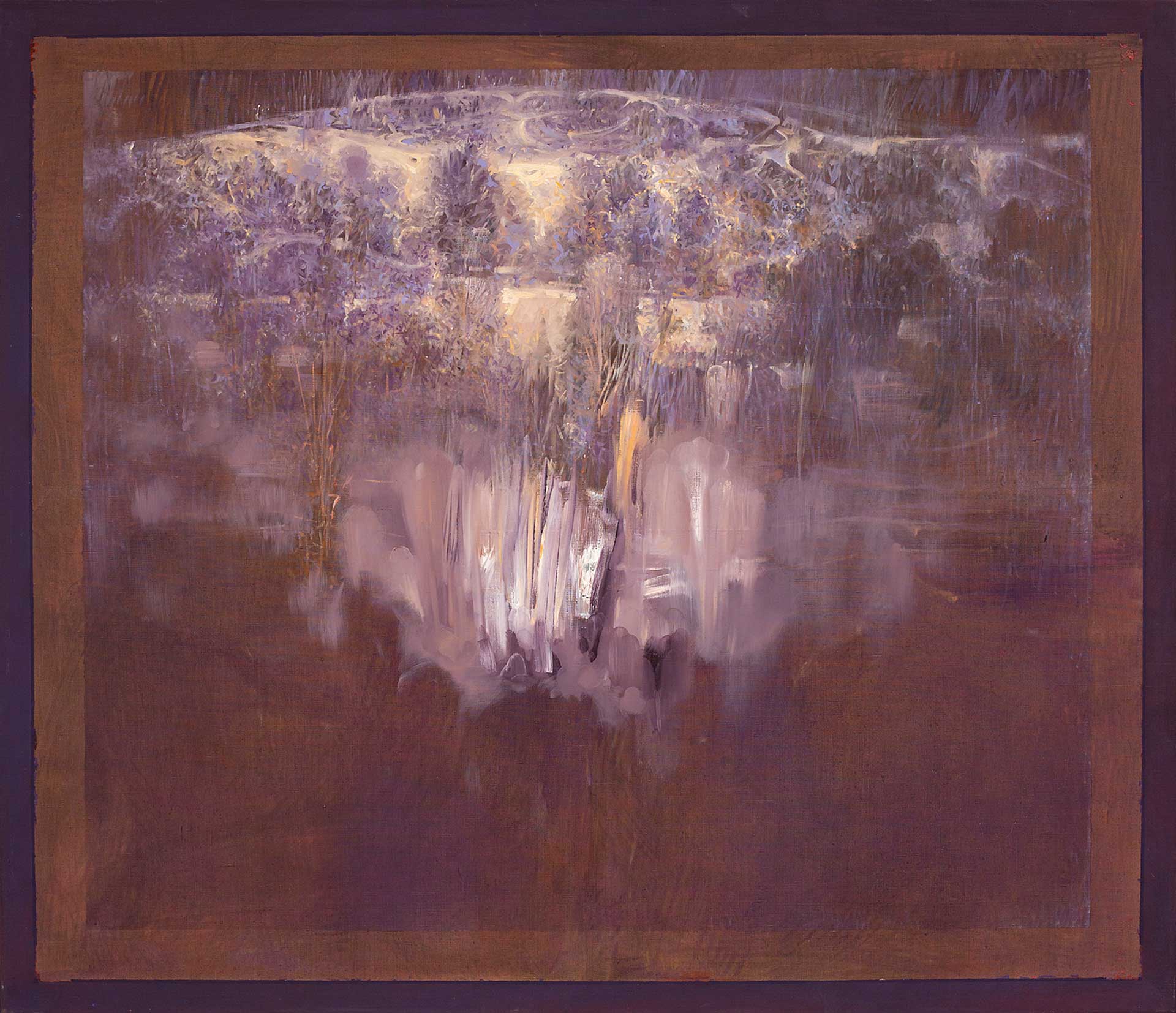 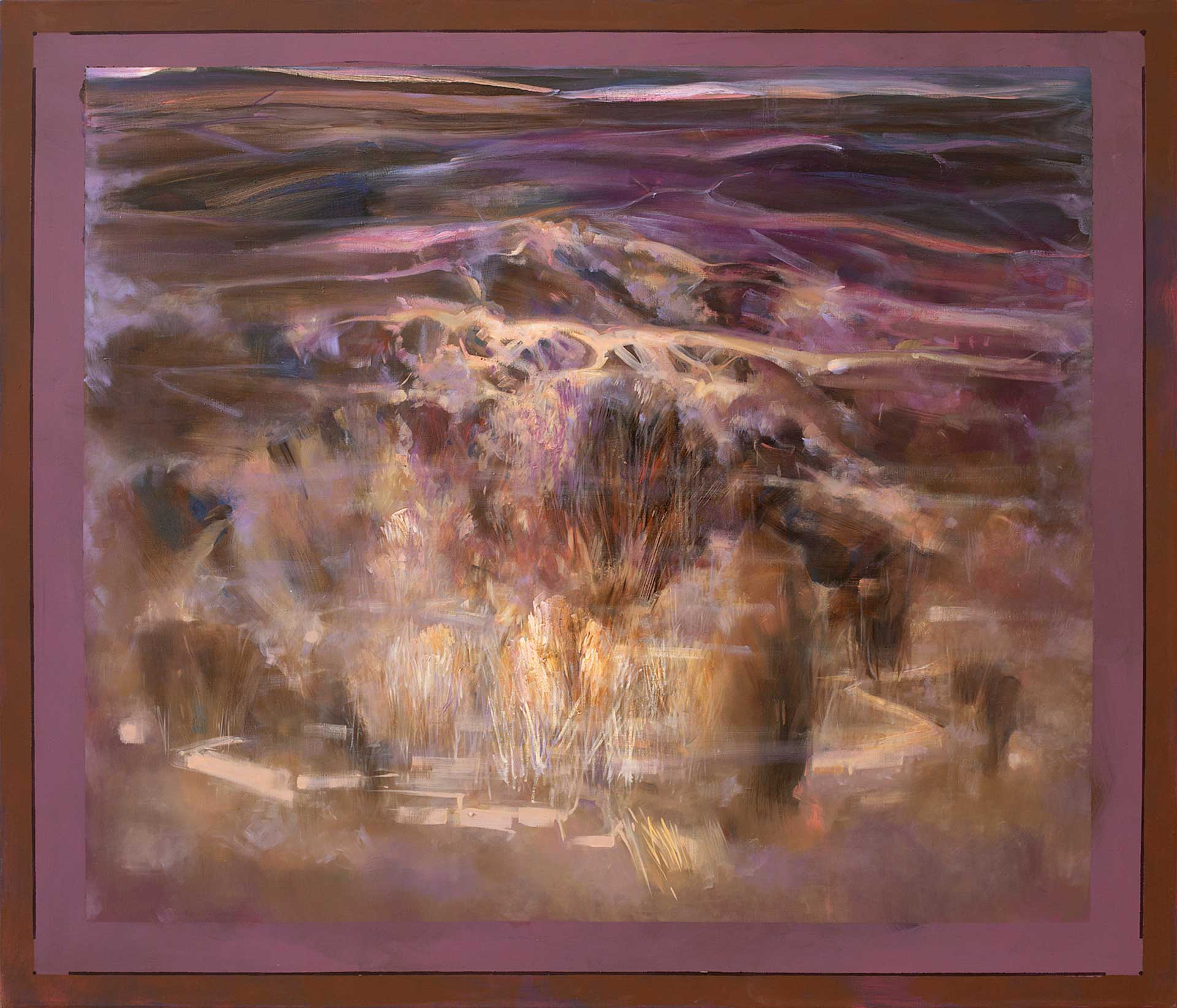 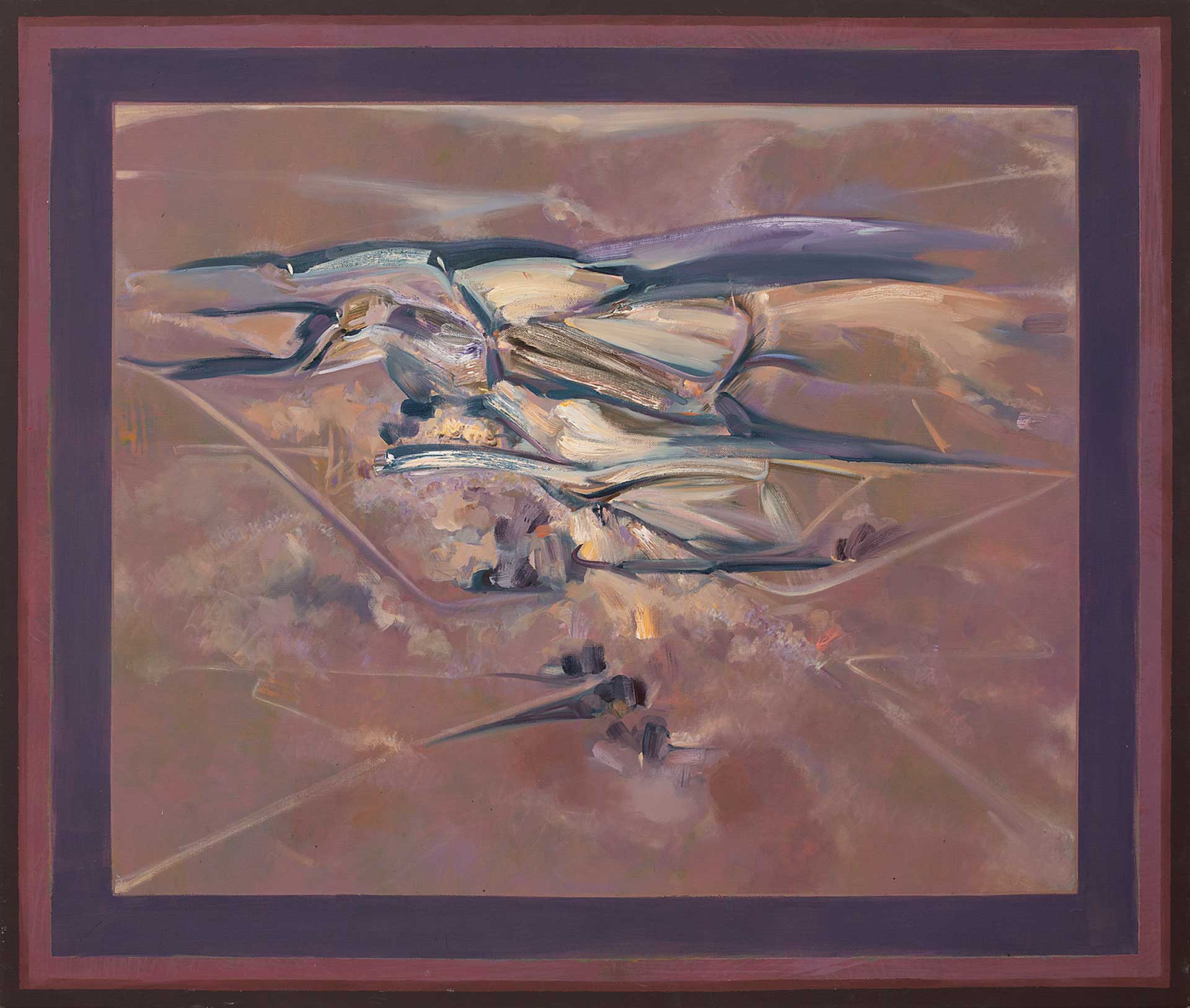