It is now the 18th season that prima ballerina Nino Ananiashvili has been head of the ballet troupe of the Tbilisi Opera and Ballet State Theatre. In 2004, when she arrived in Tbilisi to take up the position, Nino Ananiashvili was still an active dancer with a full schedule of world tours. Immediately upon her arrival, she stated that it was a huge responsibility to head a dance company that had been established by the ingenious dancer and choreographer, Vakhtang Chabukiani.

A change of artistic director is usually accompanied by the introduction of new ideas and visions, a new repertoire, and the staging of new pieces. During the first three years of Ananiashvili’s leadership, the theater presented 20 premieres. In 2007, during the company’s first tour of the USA, Ananiashvili mentioned this number at a press conference. As she later recalled, the attendees could not believe that it was true. There is no doubt that the whole undertaking was a risky initiative to begin with, but she was supported by the dancers, who were willing to adopt the proposed dynamic pace and who found the entire working process to be incredibly engaging.

These were the times when, owing to economic hardship, an entire generation of ballet dancers from the 1990s spent their career at the theater without even having the chance to wear new costumes. However, it was thanks to their perseverance that the troupe survived the hardest years. The dancers walked long distances from their homes to attend run-throughs in the unheated rehearsal halls and to perform in the cold theater building. Nevertheless, despite these difficult circumstances they still participated in the ballet pieces.

The new artistic director was welcomed in the theatre by many artists from this generation, who were later joined by graduates of the choreographic school. Currently, the international company also includes foreign-born dancers who live and work in Tbilisi. The last 18 seasons witnessed over 60 premieres, broadening the repertoire to such an extent that it is actually impossible to present all the available pieces to the audience. 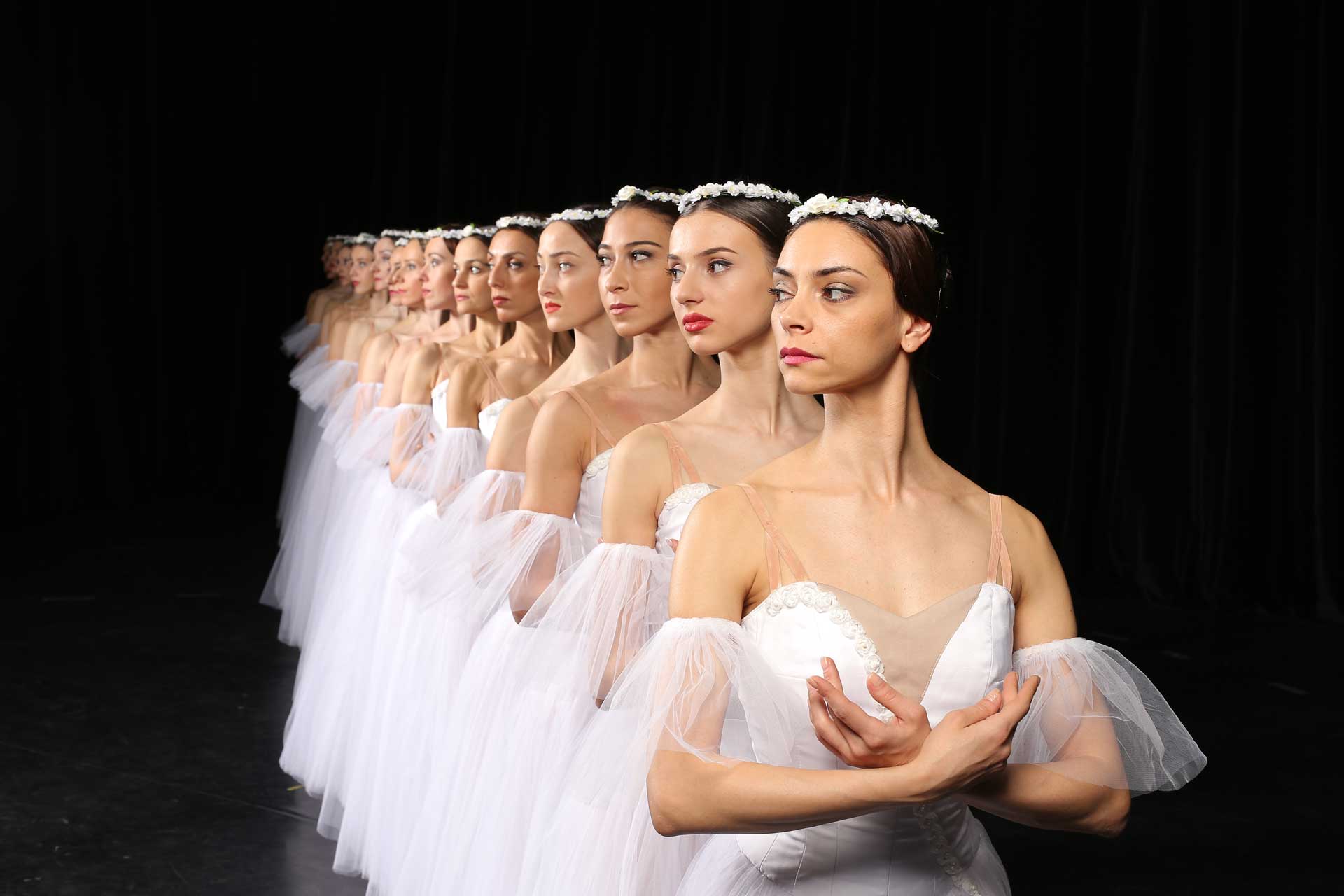 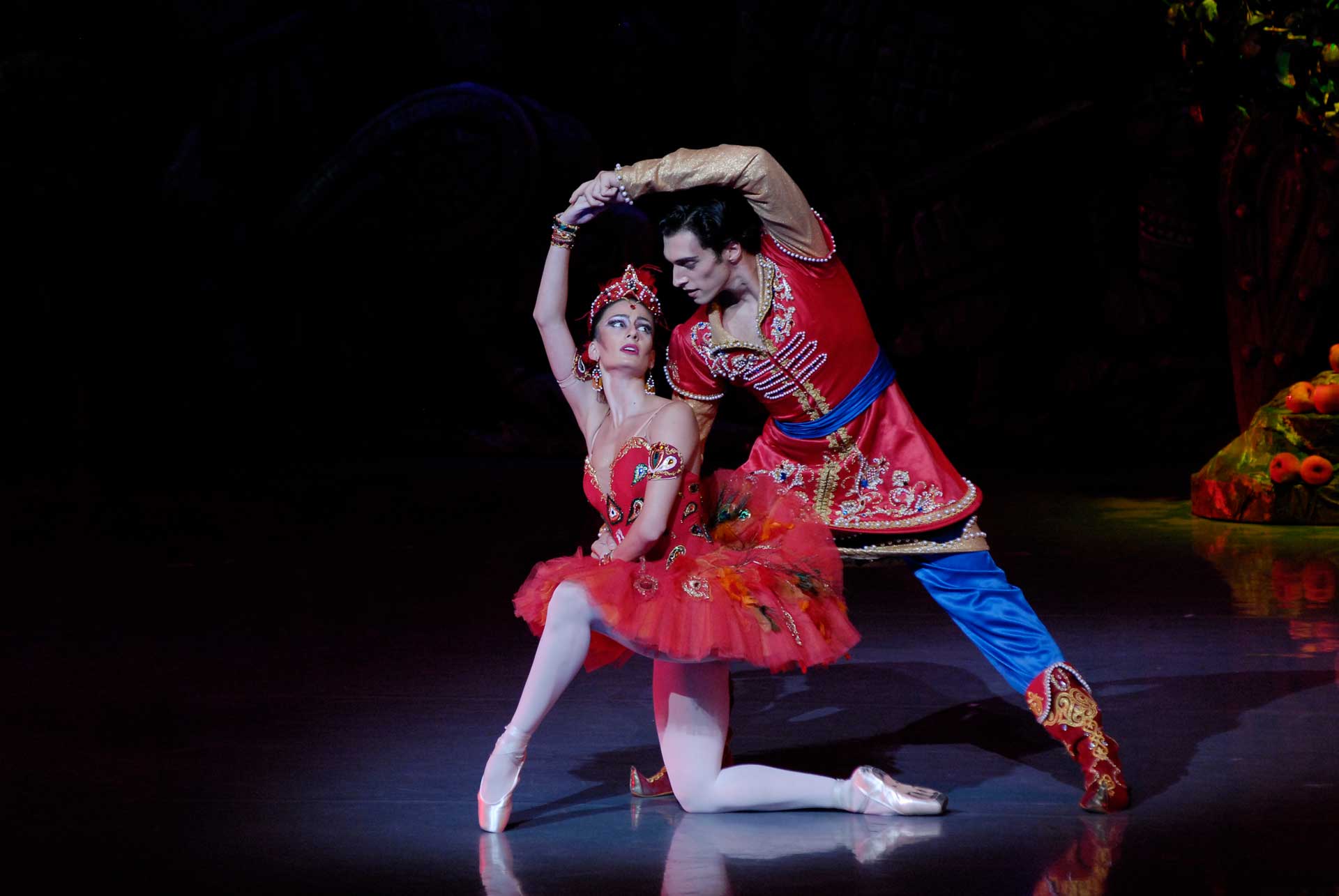 It was the artistic director’s great desire to include choreographic works of diverse styles in the program, and to rework the classical performances into new renditions. The present repertoire of the theatre features many famous classical and contemporary performances by Balanchine, Bournonville and Ashton, amongst others. Tbilisi theatre and Nino Ananiashvili were among the first from the former soviet states to be permitted to stage the works of renowned contemporary choreographer Jiří Kyllián. In addition, other well-known choreographers from the universe of contemporary ballet were invited to work at the theatre, including Ratmansky, Possokhov, Jorma Elo, and Medhi Valerski. 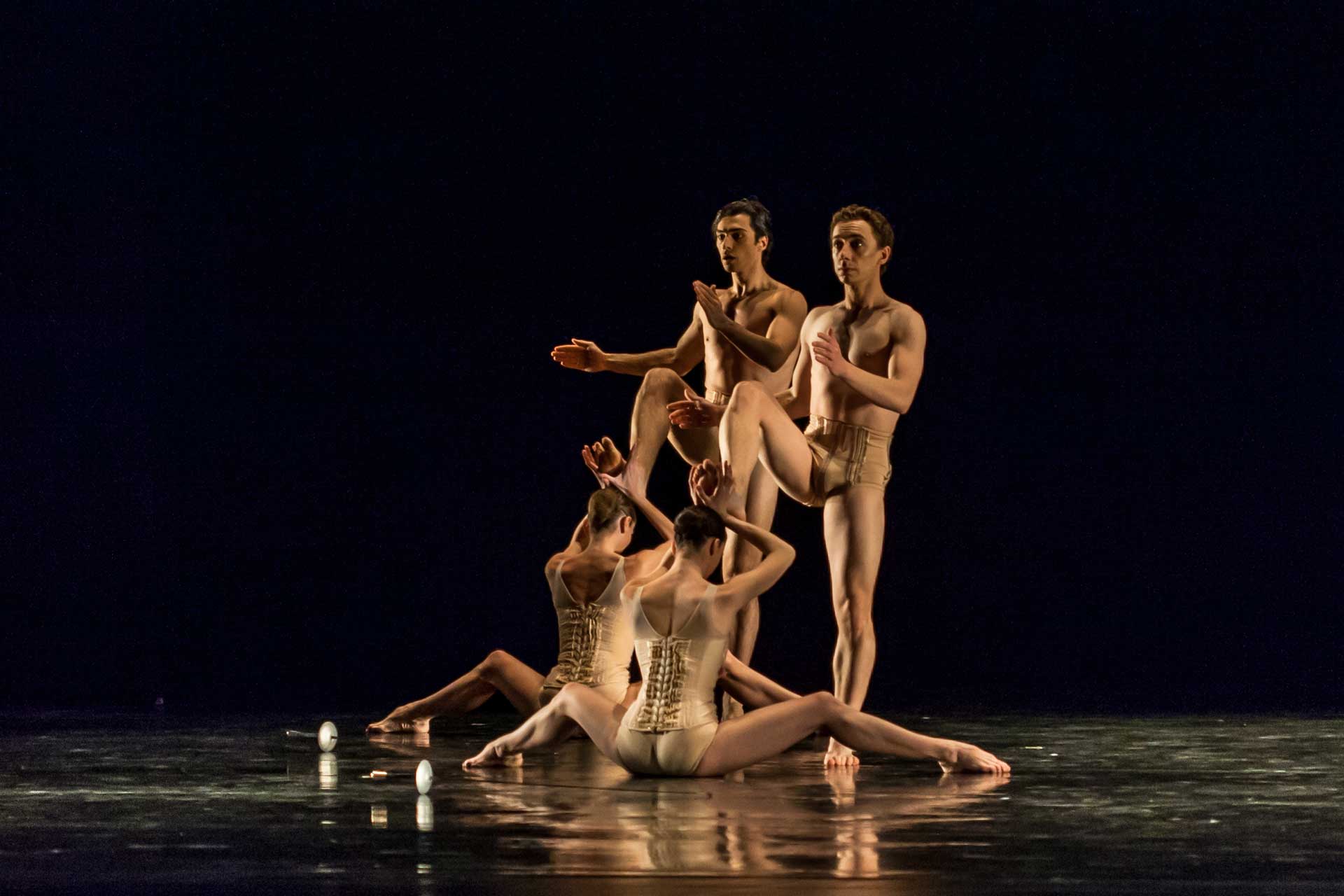 Since her very first season at the Tbilisi Opera, Nino Ananiashvili began to work on acquiring the rights for staging George Balanchine’s pieces. The artistic director and experienced ballerina, who together with Andris Liepa was first from the former Soviet Union to be invited to the Balanchine theatre, believes that the Ballet Master’s ingenious choreography contributes to enhancing the performance skills of the dancers. The first Balanchine program, which united his three masterpieces Serenade, Apollo and The Western Symphony, was hugely successful. Subsequently, the Balanchine Foundation allowed the Tbilisi Opera and Ballet State Theatre to stage eight more performances. Nino Ananiashvili invited Igor Zelensky, Vakhtang Chabukiani’s pupil and world-famous ballet dancer, to play Apollo in Tbilisi. His reaction to the invitation was very emotional, and the performance turned out to be a resounding success. At that time, the role of Apollo was startlingly performed by a young soloist of the theater Lasha Khozashvili, who is currently employed as a leading dancer at the Boston Ballet. The performance of Balanchine by the Georgian troupe that took place in New York at the Brookline Music School was acclaimed as the most interesting part of the program, and was well received by an admiring audience.

The company toured the United States five times. The very first performance in 2007 already made it clear that Georgian ballet had embarked on its path to success. Renowned New York Times critic Alastair Macaulay wrote: “Ms. Ananiashvili, who took over this company in 2004, must have inherited dancers who were already good, but she has established a high standard of achievement. Under her leadership the company has acquired 24 ballets, including two by Ashton and seven by Balanchine. Put these dancers on a big stage with live music and they can make Georgia proud” (Alastair Macaulay, Bravura Moves for an Old Crowd Pleaser, The New York Times, June 23, 2007). 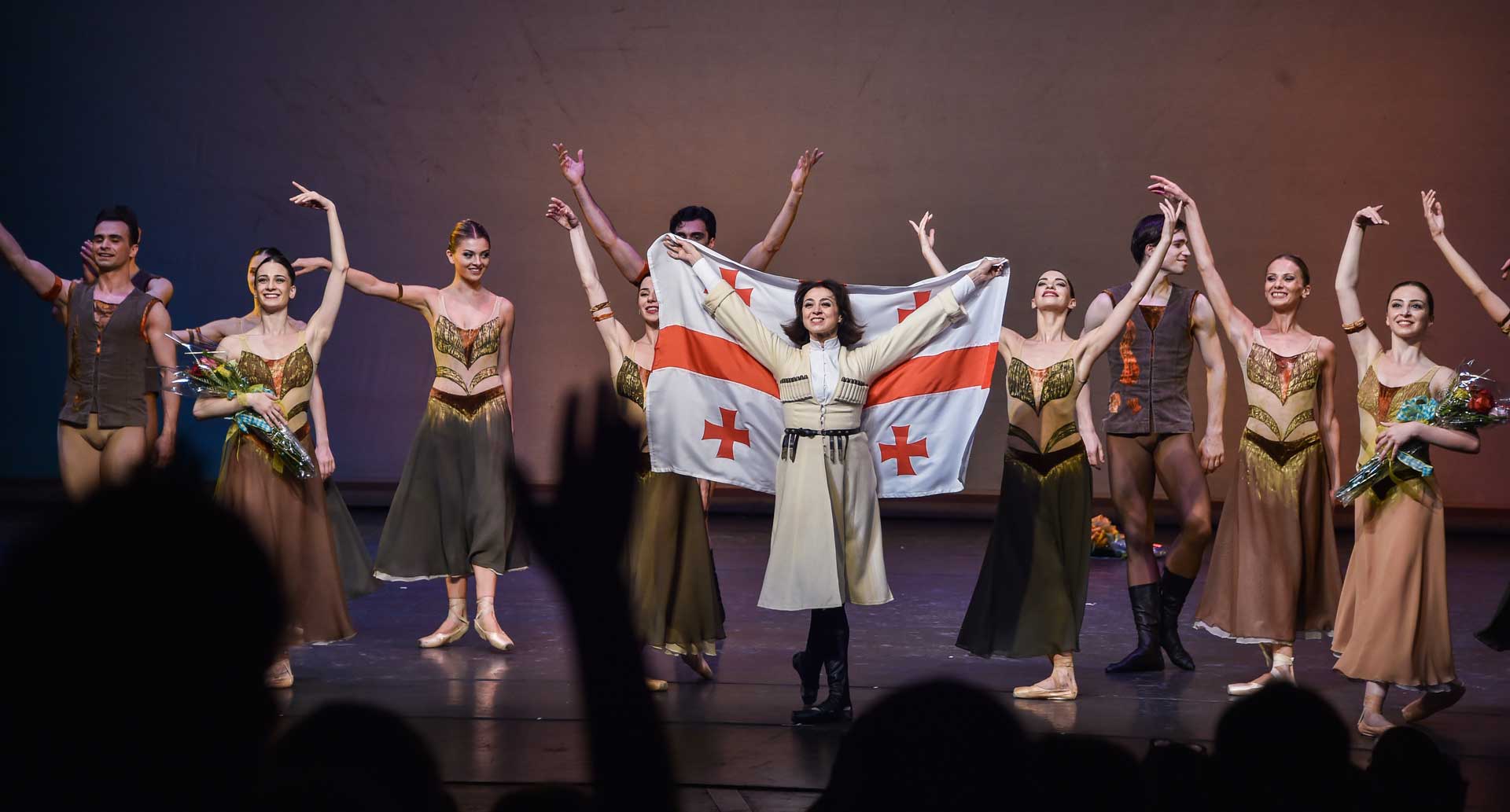 Touring in numerous countries was extremely important not only for increasing motivation among the dancers, but also for presenting our country. Georgia restored its independence 30 years ago, but in the eyes of the world it was still associated with the Soviet Union and Russia. It was not easy to destroy the stereotype, since Georgian ballet was not yet visible on the world dance map. Based on Nino Ananiashvili’s idea, during foreign tours the troupe is presented under the designation of a State Ballet. It has already participated in the international festivals Jacob’s Pillow, Spoleto, and New Heaven; and has also performed at the Brookline Music School, Lincoln Center, Avery Fisher Hall, Tokyo Bunka Kaikan, as well as in different European countries. 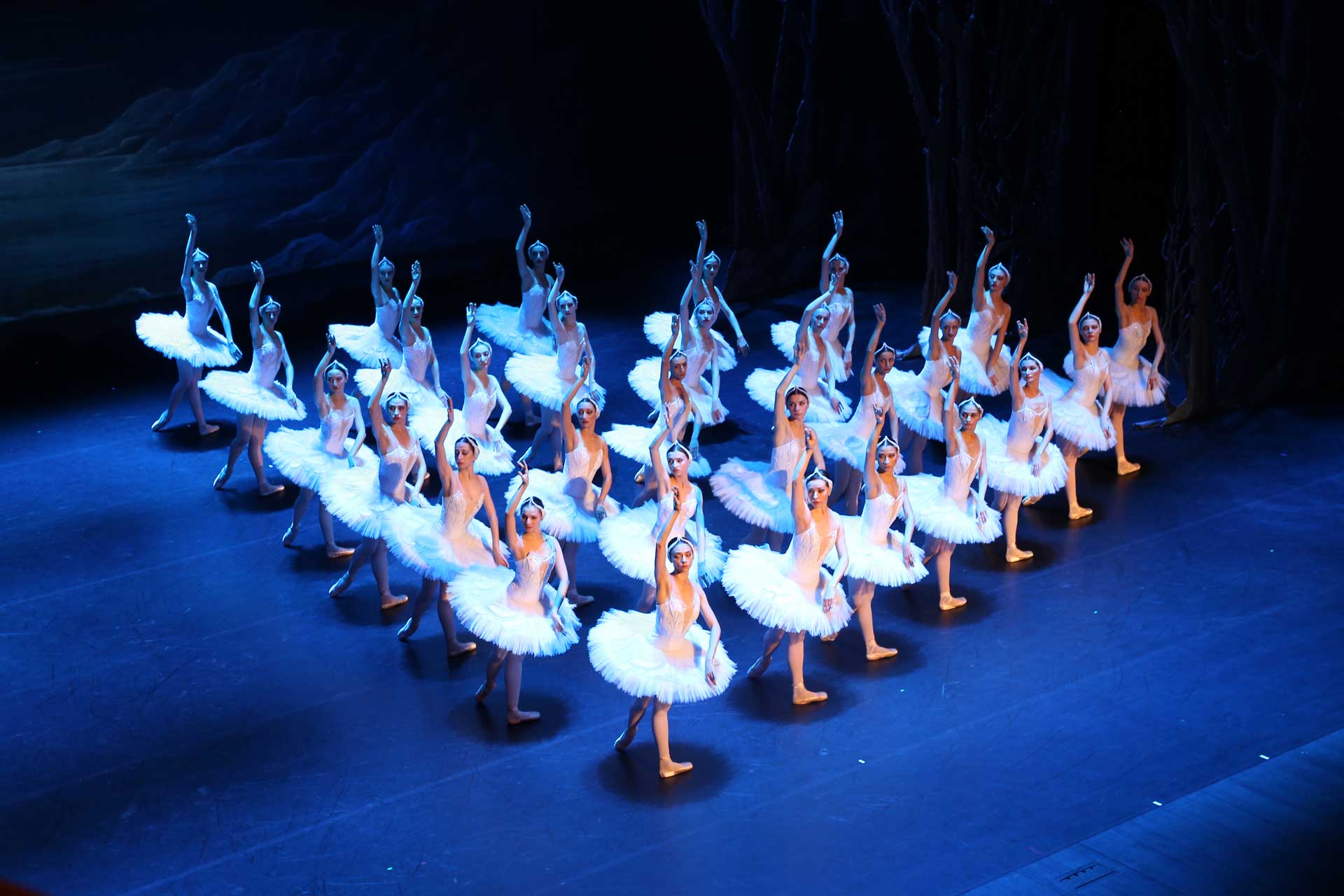 Even so, the head of the ballet collective becomes emotional when she recalls their participation in the 2008 Edinburgh festival, which coincided with the Russo-Georgia war. “Stunned, we looked at each other and did not know what to do. We decided that we needed to go onstage to represent our country and demonstrate who we are. We felt overwhelming support,” – says Nino Ananiashvili. In Edinburgh the Georgian troupe was awarded with the Herald Angels Award for innovation in the field of art and their high-quality performance. 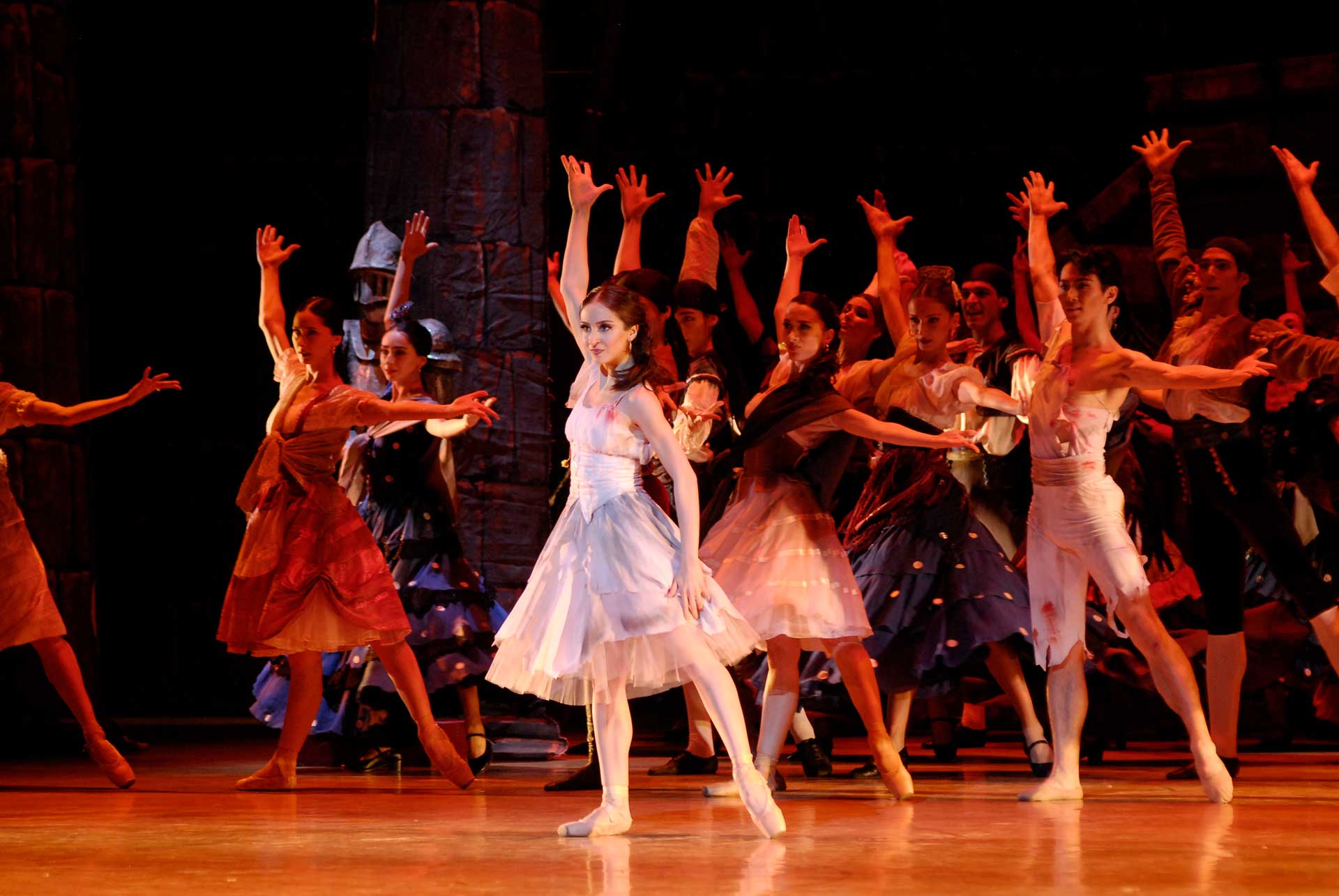 Ananiashvili lives in a historic district of Tbilisi, at a location which overlooks the old city. Narikala fortress commands a view of the old Orthodox Metekhi church, the Jewish synagogue, Armenian and Catholic churches, and the Mosque. In this tolerant town the prima ballerina suggested that her visiting friend and stage partner Jury Possokhov arrange a work based on Georgian music. Possokhov came up with the idea of choreographing a contemporary dance piece with the use of Georgian folk music and created The Hymn, which was to become the troupe’s business card during its international tours. The performance unites the tragic, centuries-long history of our country and our rebellious nature in one piece. 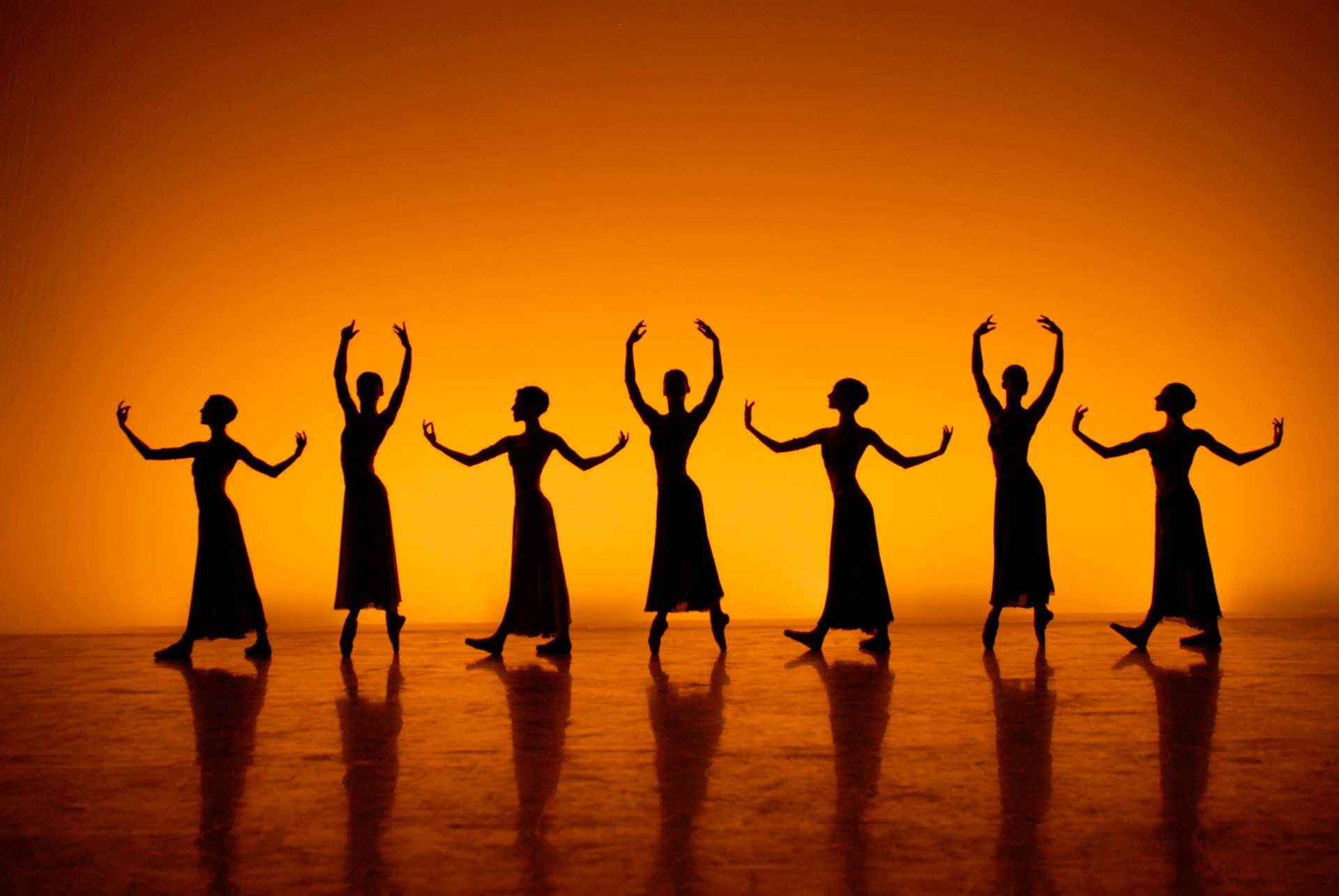 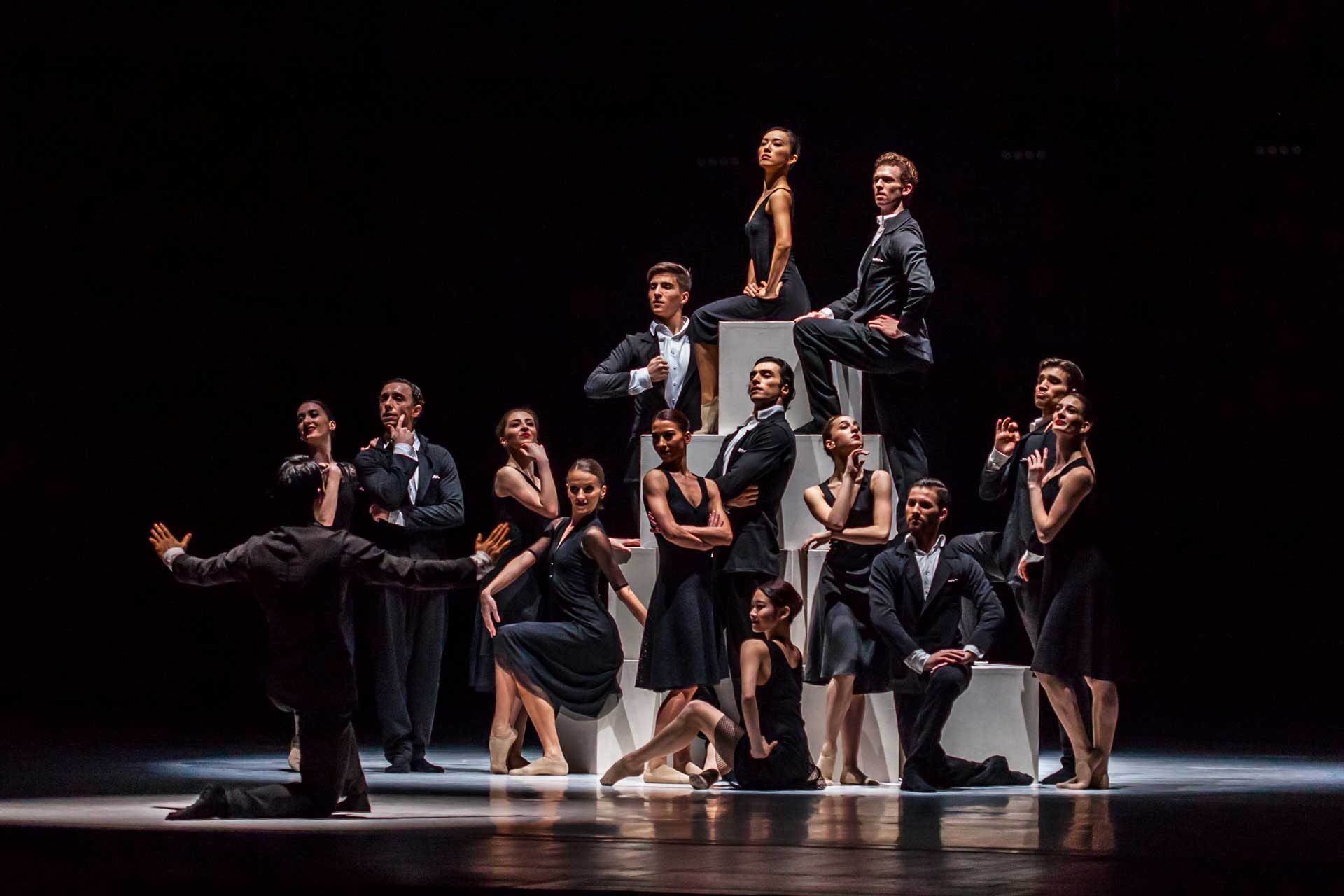 Nino Ananiashvili’s global dancing career amounts so far to 36 years, including several recent performances she danced together with the company she currently leads. She has participated in numerous premieres, tours, gala concerts, and the International Tbilisi Ballet Festival. In her opinion, the theatre is a place of experiments that may fail or not initially be accepted by the audience. “Some people do not like this. However, no theatre and no troupe exists where everyone is satisfied with everything. Not everyone thinks in the same way. I always believe that we still have a long way to go, there is much more left to be done…” – says the prima ballerina, who hopes to receive support from the current generation of State Ballet dancers in order to overcome the challenges of her vocation.