The biographies of the Zdanevich brothers are as rich with the names of persons and events as their comprehensive works are in the fields of poetry, drawing, graphic painting, prose and theory. Their works have proven to be so difficult to fit within any existing Genre that they invented the additional term “Orchestral”, which describes a notion that unites in itself diverse elements, ideas, images, words, letters and colors.

Both children were born in Georgia to a Georgian mother and Polish father: Kirill in 1892 in Kojori, and Ilia in 1894 in Tbilisi. Their father was a linguist who focused on the French language, and their mother was a piano player. Their house, which was located at 13 Brick Lane (present Bakradze Street), was known as one of the city’s centers of artistic and literary life. In the 1910s, both brothers studied in Saint Petersburg: Kirill at the Academy of Arts, and Ilia at the Faculty of Law. Inspired by Futurism, during their student years they not only participated in the avantgarde events that were taking place in the realms of literature and art, and joined the noisy Futuro-Dadaistic gatherings, but they sometimes even took the role as organizers and leaders of new movements like Futurism, Cubo-Futurism, Neoprimitivism and Dadaism. Their names are linked with the emergence of a new movement – Vsiochestvo or Everythingness. Bringing together complete information about the works and connected events undertaken by the Zdanevich brothers in Russia and Georgia in one article would appear to be an impossible task. However, a list of the facts includes several names and locations that are mentioned more frequently than others, and follow the artists throughout their biographies. These are Mikhail Le Dantu, Niko PIrosmani, Tiflis, Paris, Pablo Picasso and “41°.” 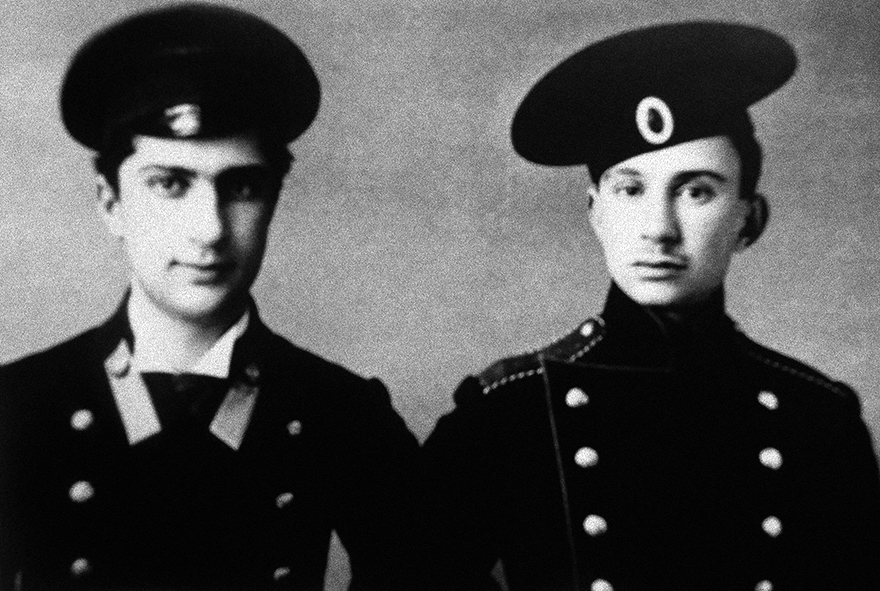 In his diaries, Kirill Zdanevich recalls how he, his brother Ilia and their friend Mikhail Le Dantu traveled from Petersburg to his native Tbilisi by train early in the summer of 1912. Ilia wrote that Le Dantu arrived earlier in Tbilisi to visit their family, and was followed by the brothers who joined him at a later date. This was the year when the three friends discovered some works of Pirosmani in one of Tbilisi’s cafes. Ilia later met the artist personally, and the brothers immediately began collecting his works and promoting his name. Individually, each of the friends dedicated numerous articles and books to Pirosmani’s art.

Until 1920, the brothers divided their time between Tbilisi, Saint Petersburg and Moscow. In 1913, Kirill traveled to Paris where, in the workshop of the sculptor Alexander Archipenko, he organized an exhibition that was awarded the grade “5+” by Picasso. 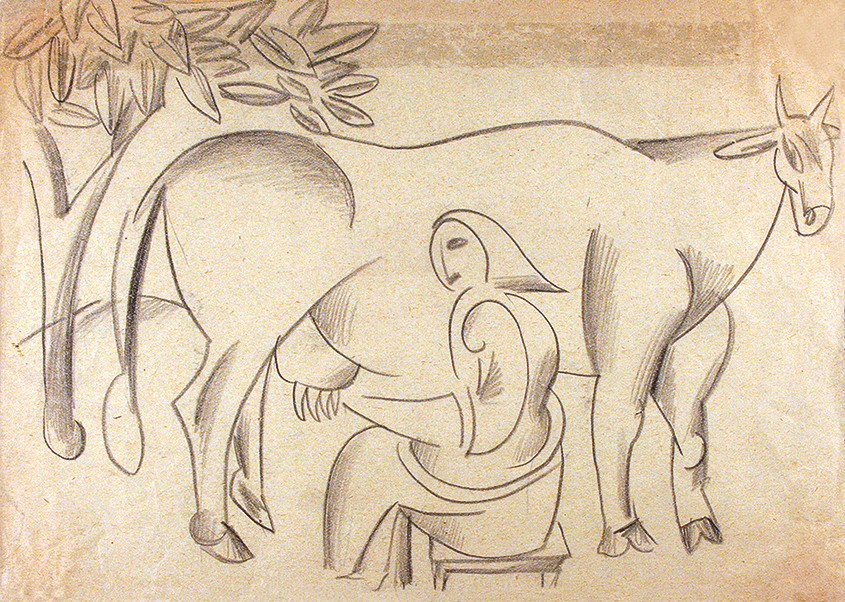 In November 1917, together with the poets Aleksei Kruchyonikh and Igor Terentiev, Ilia Zdanevich established the Futuristic union “41°” in Tbilisi. This number corresponds to the latitude line the capital of Georgia lies on, while at the same time represents the highest temperature a human body can reach and the maximum degree of alcohol content in beverages. This was the “temperature” at which the Zdanevich brothers created most of their Futuristic and Dadaistic artistic books, café decorations, poems, and theater plays (Ilia), drawings and graphic works (Kirill). 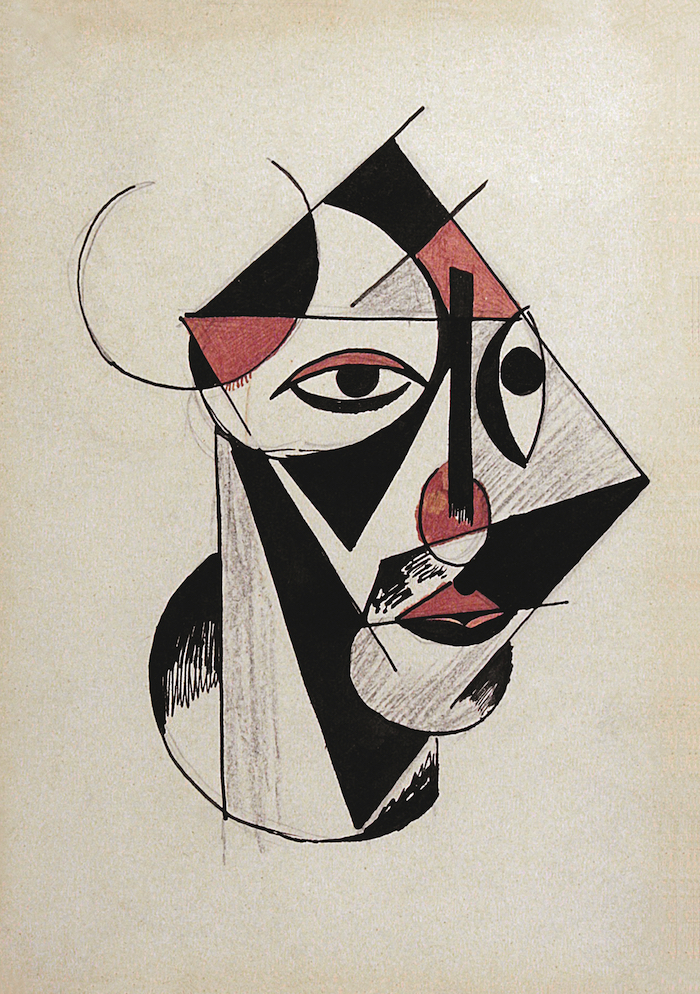 The album, which was conceived and designed by Ilia and dedicated to the famous “female artist” Sophia Melnikova (1919), offers an entire anthology of the Tbilisi avant-garde movement from the beginning of the 20th century. The movement was established thanks to the united efforts of the brothers and over 20 other painters and poets.

In 1920 the brothers met in Constantinople – Ilia was heading to Paris, and Kirill was on his way from Paris to Georgia. Both brothers believed that they would very soon continue working together in France. They did not then know that after two months Georgia would lose its independence and they would only be able to meet each other again in Paris in 1968. During all those years Kirill worked in Tbilisi (from 1936) as a scenographer, and in parallel also designed books which are nowadays regarded as bibliographic rarities. However, in 1949 he was arrested as a Formalist, and exiled for 10 years to Siberia. 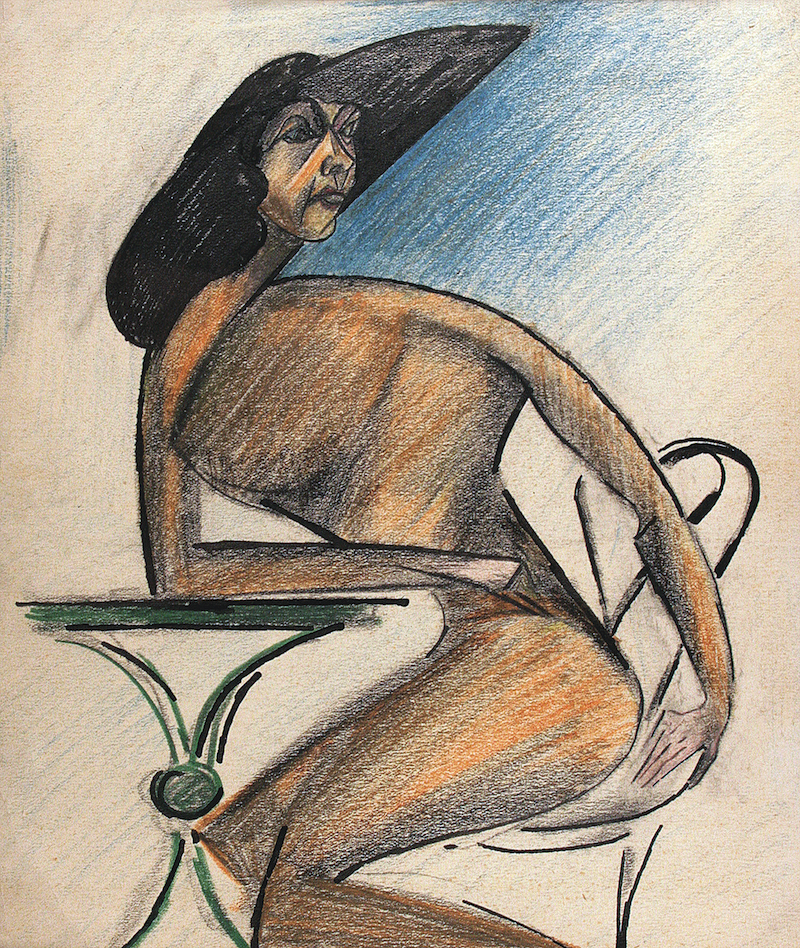 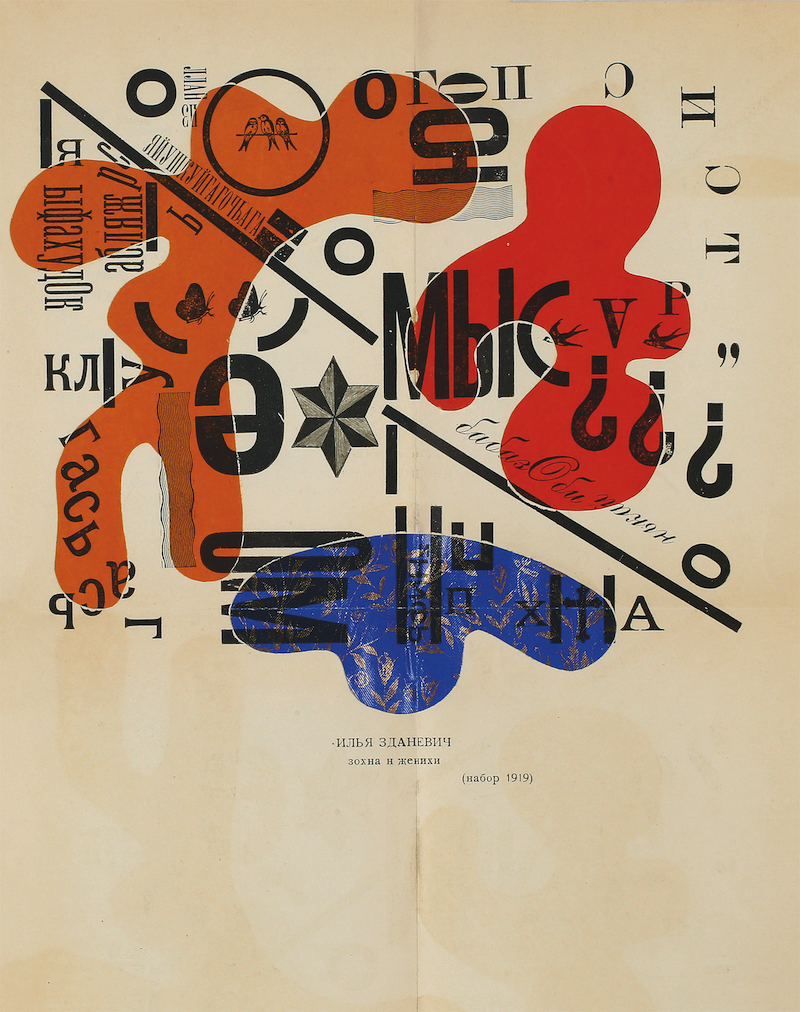 During the same decades Ilia lived and worked in Paris, where he became a friend of and collaborated with the leaders of the Avant-garde movement including Alberto Giacometti, Joan Miró, Marc Chagall, Marcel Duchamp, and Max Ernst among others. He invited them to decorate the books that were created based on his concepts and designs, and in this way to produce unique publications – the l’ivres d’artiste. Ilia also cooperated with Coco Chanel, and developed designs for her famous textiles. In parallel he actively studied Georgian and Byzantine architecture and wrote novels. Upon his request, in 1971 Pablo Picasso created a graphic portrait of Pirosmani which, along with the text from 1914, was included in a book dedicated to the artist. 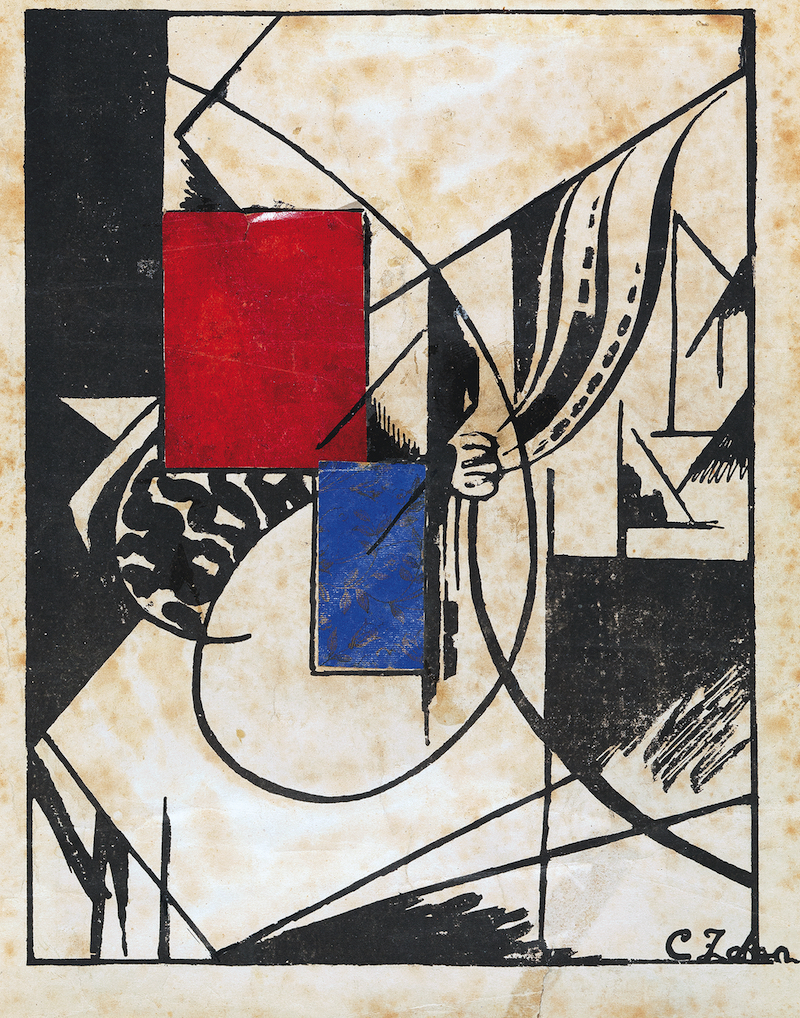 Until his death in 1969, Kirill Zdanevich continued to carry out his active multifaceted artistic work in Tbilisi. Naturally, his sphere of activities was quite limited under the totalitarian regime, which had sent “41°” into oblivion. In parallel, the Georgian avant-garde soul continued its existence in Paris until the death of Iliazd (Ilia’s pseudonym since 1922), who published books under the label of “41°”. 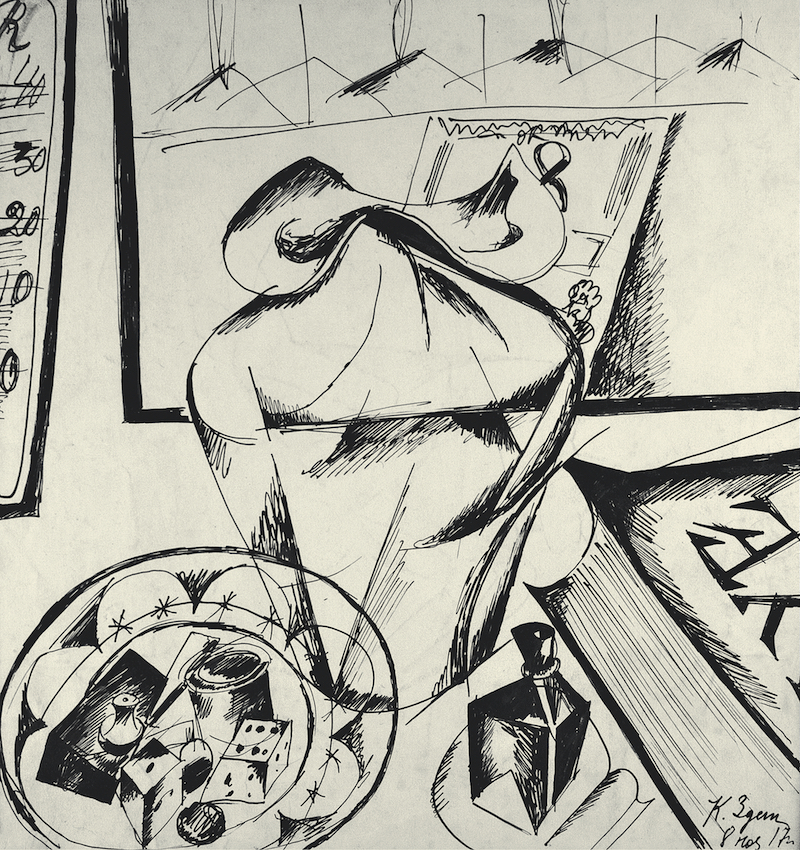 The life and work of the Zdanevich brothers resembles a palimpsest, to which are added new layers and angles of the assessment of events over time. They departed from Modernism's confines with the invention of terms like "Orchestral" and "Vsiochestvo" and entered the Postmodernist era in the 1910s, decades before that period occurred. The history of the Georgian Avant-garde from the beginning of the 20th century has preserved the names of the Zdanevich brothers as the leaders and the driving force of the movement. 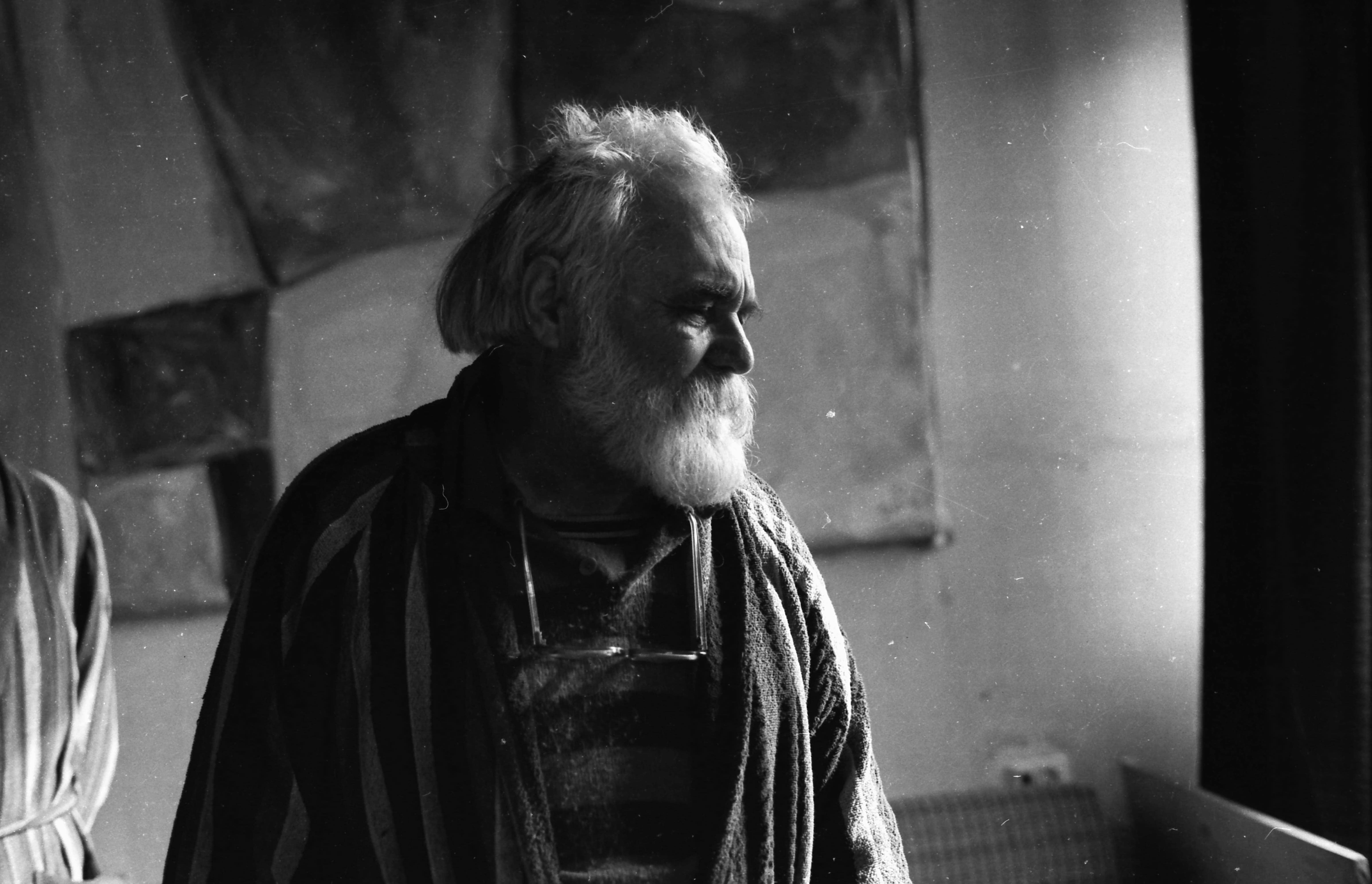