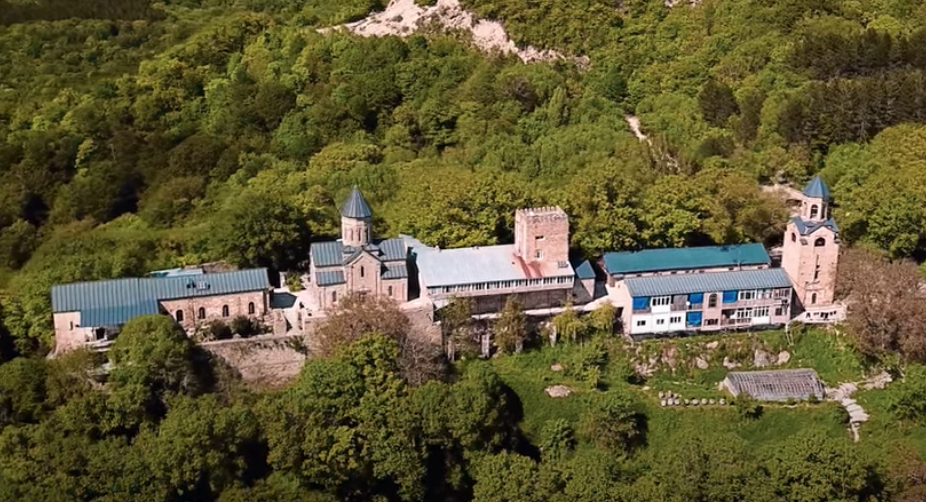 MARTQOPI MONASTERY dates back to the mid-sixth century when St. Anton, one of a group of monks known as the “Thirteen Syrian Fathers,” settled here. According to tradition, he lived on top of a pillar, thus following the Syrian practice of Stylitism. Soon a community of monks had gathered around him, which led to the foundation of a monastery that was subsequently named Martqopi (shortened from “Martodmqopi” – literally "one living in solitude," a hermit). Monastery is located about 25 km east of Tbilisi. 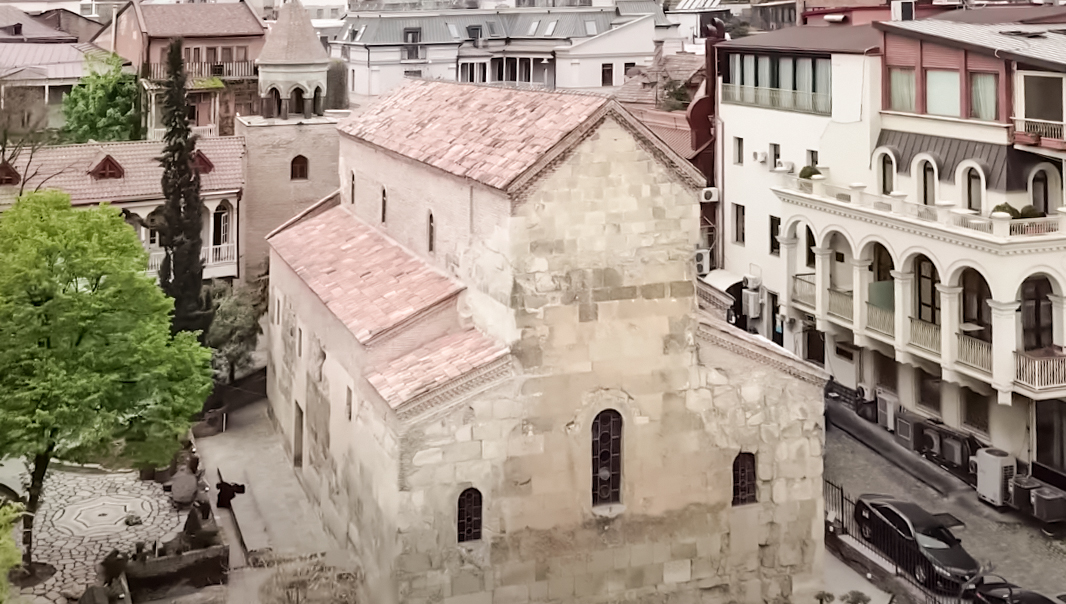 ANCHISKHATI - The Church of the Nativity of the Virgin, which is located in Zemo (Upper) Kala District and known as Anchiskhati, is the oldest preserved church in Tbilisi. Its plan, architectural design, and building technique suggest a date in the early Christian period. Seemingly, a note in the Georgian chronicle that mentions King Dachi of Iberia (ca 502-514) building St Mary's Church in Tbilisi refers to this church. The interior of the church is covered with murals painted in 1683 by order of Catholicos Nicholas VI, and in 1813 at the request of Dean Dimitri Aleksi-Meskhishvili.

Gremi is the former capital of the Kingdom of Kakheti. Its archaeological site includes a citadel, a royal quarter, and a trade district. The Church of the Archangels in the citadel was built by King Levan in 1565. It is one of the best examples of sixteenth-century Georgian architecture.

GONIO FORTRESS stands on flatlands near the sea coast, and during the Roman period it was directly linked to a harbour in order to secure safe navigation. Exact date of its foundation is unknown, but it is believed to have been built in the first century AD, and restored in the fourth and sixth centuries. According to Georgian Orthodox Church tradition, the tomb of St Matthias (the apostle chosen to replace Judas Iscariot) is located in Gonio. Music by Erekle Getsadze 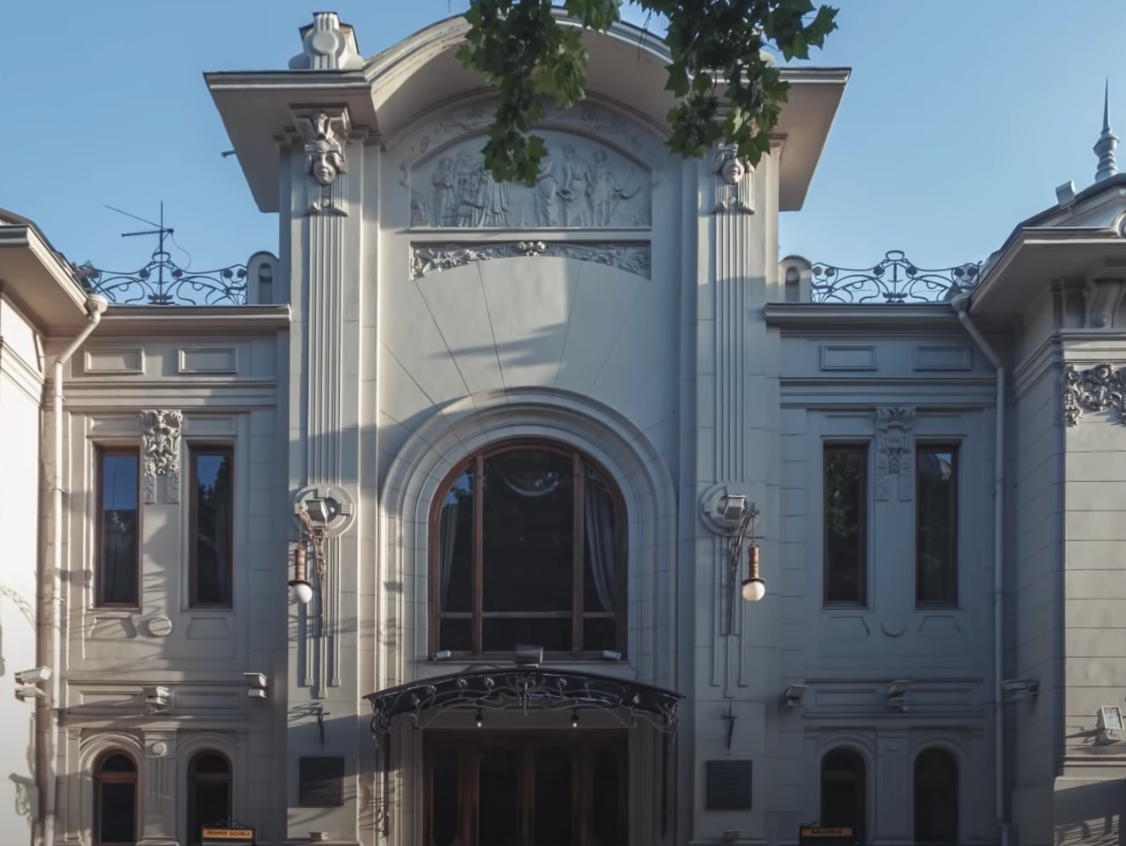 Building number eight on Marjanishvili Street in Tbilisi, which presently houses the Kote Marjanishvili State Academic Drama Theatre, was constructed between 1902 and 1907 according to the design of architect Stefan Kryczyński, and under the supervision of architect Aleksander Rogojski. Learn more about the rich history behind Marjanishvili Theatre building. Presented by Art Historian - David Khoshtaria 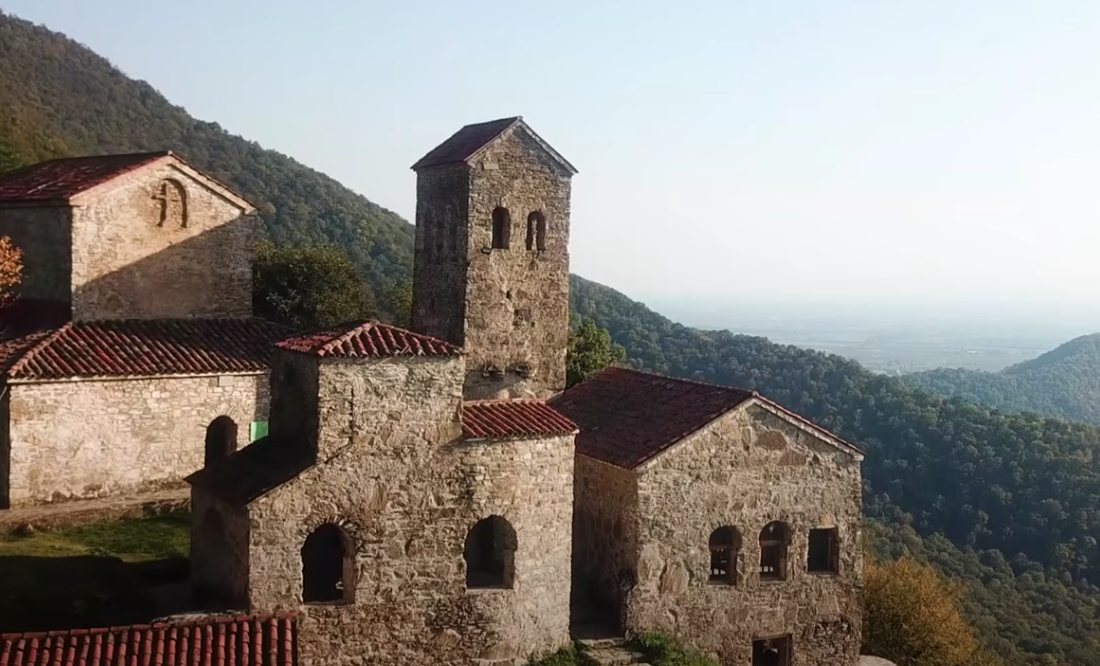 The Nekresi monastery located in the eastern Georgian region of Kakheti, founded in the 6th century. 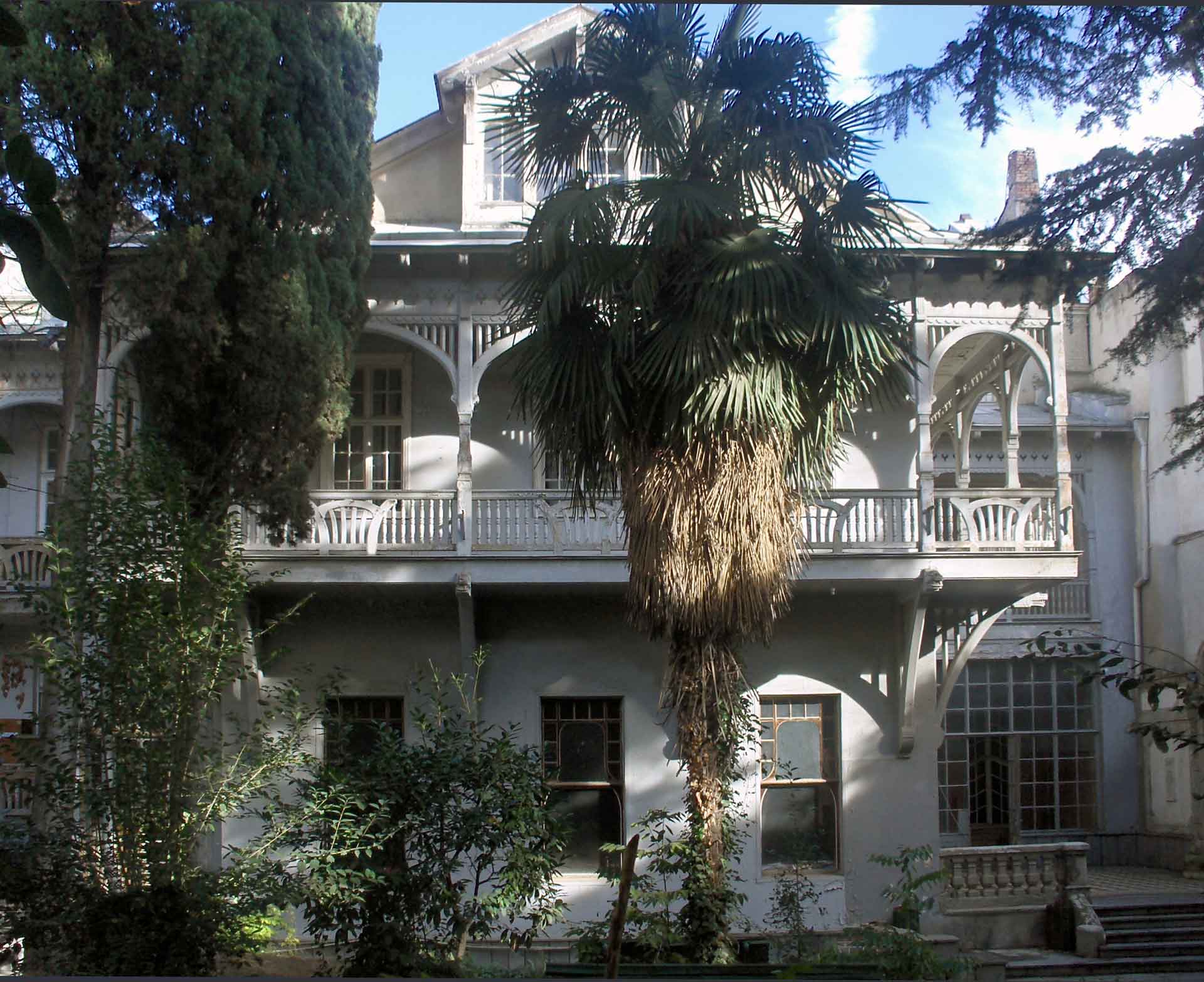 House number thirteen on Machabeli Street in Tbilisi is distinguished both for its history and its architecture. It originally belonged to the famous Georgian brandy producer David Sarajishvili, renowned not only for his prosperous entrepreneurship, but also for his philanthropy. 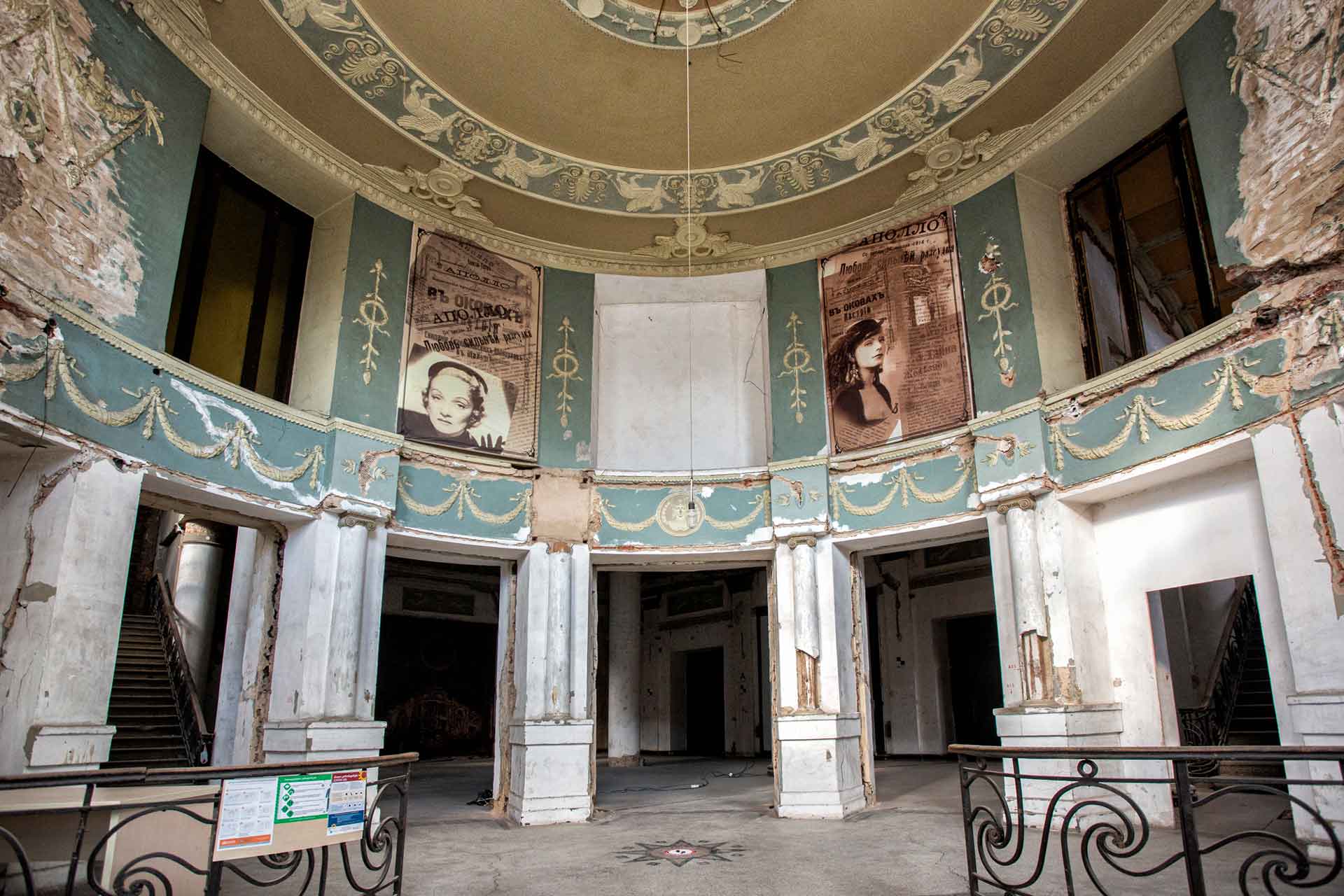 THE APOLO — A MODERNIST TREASURE OF TBILISI

Located on Aghmashenebeli Avenue (former Plekhanovi) in the old German neighborhood, the Apollo is one of the city’s distinguished works of modernism. It is now on the country’s list of cultural heritage. 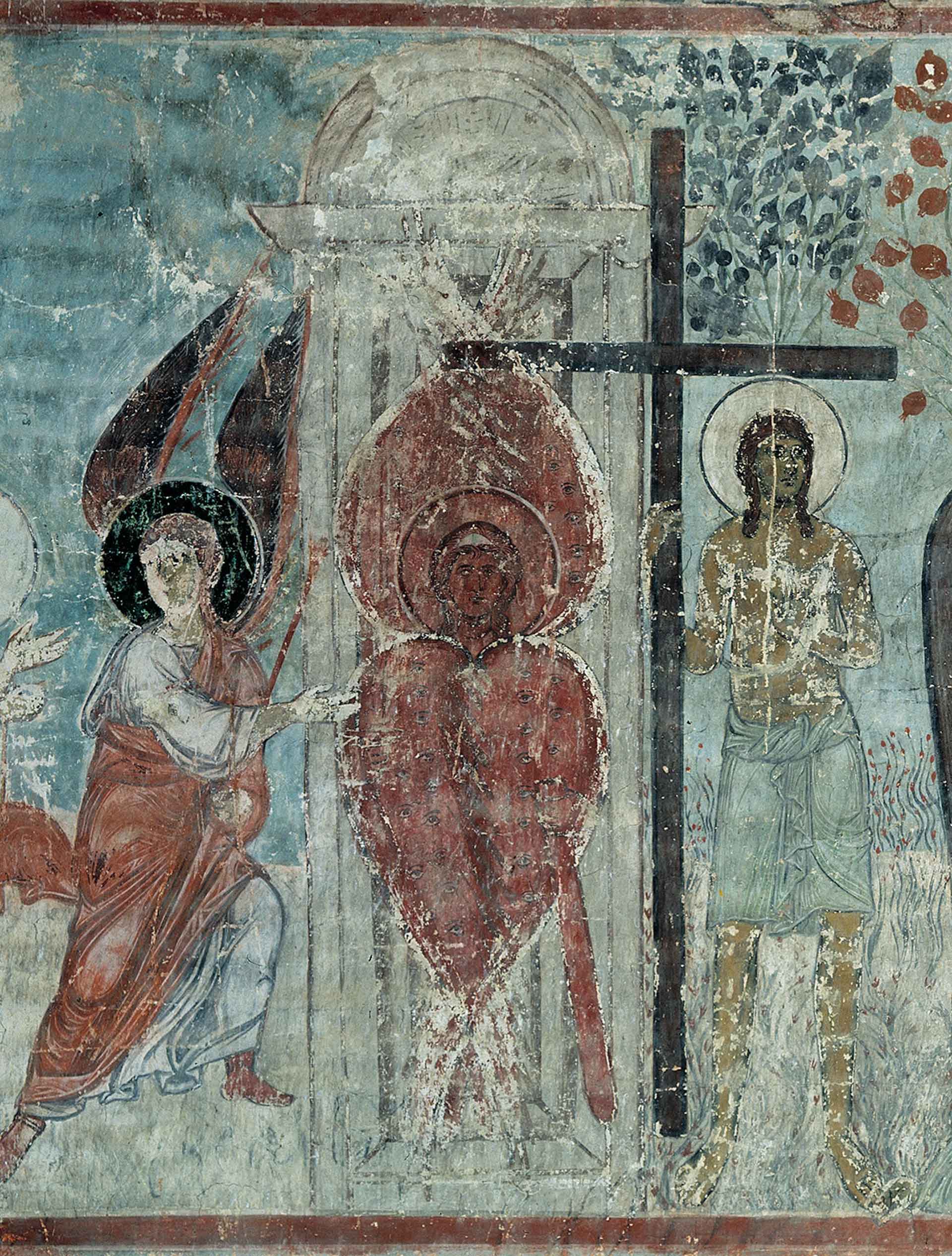 The church of the Virgin at Timotesubani is located on the bank of the River Toristskali in the picturesque Borjomi gorge, not far from the town of Borjomi itself in the historic region of Tori. ⁣

“Shiomghvime Monastery is set among the mountains in a picturesque ravine, 10 km west of Mtskheta. Its history dates back to the mid-sixth century when St. Shio, from the group of monks known as the “thirteen Syrian Fathers,” settled here. Several years later a community of monks gathered around him, which led to the foundation of a monastery. St. Shio himself continued to live nearby, but spent the last two years of his life and was ultimately buried in a dark cave located in the middle of the monastery, which was subsequently named Shiomghvime ("the Cave of Shio”)”. 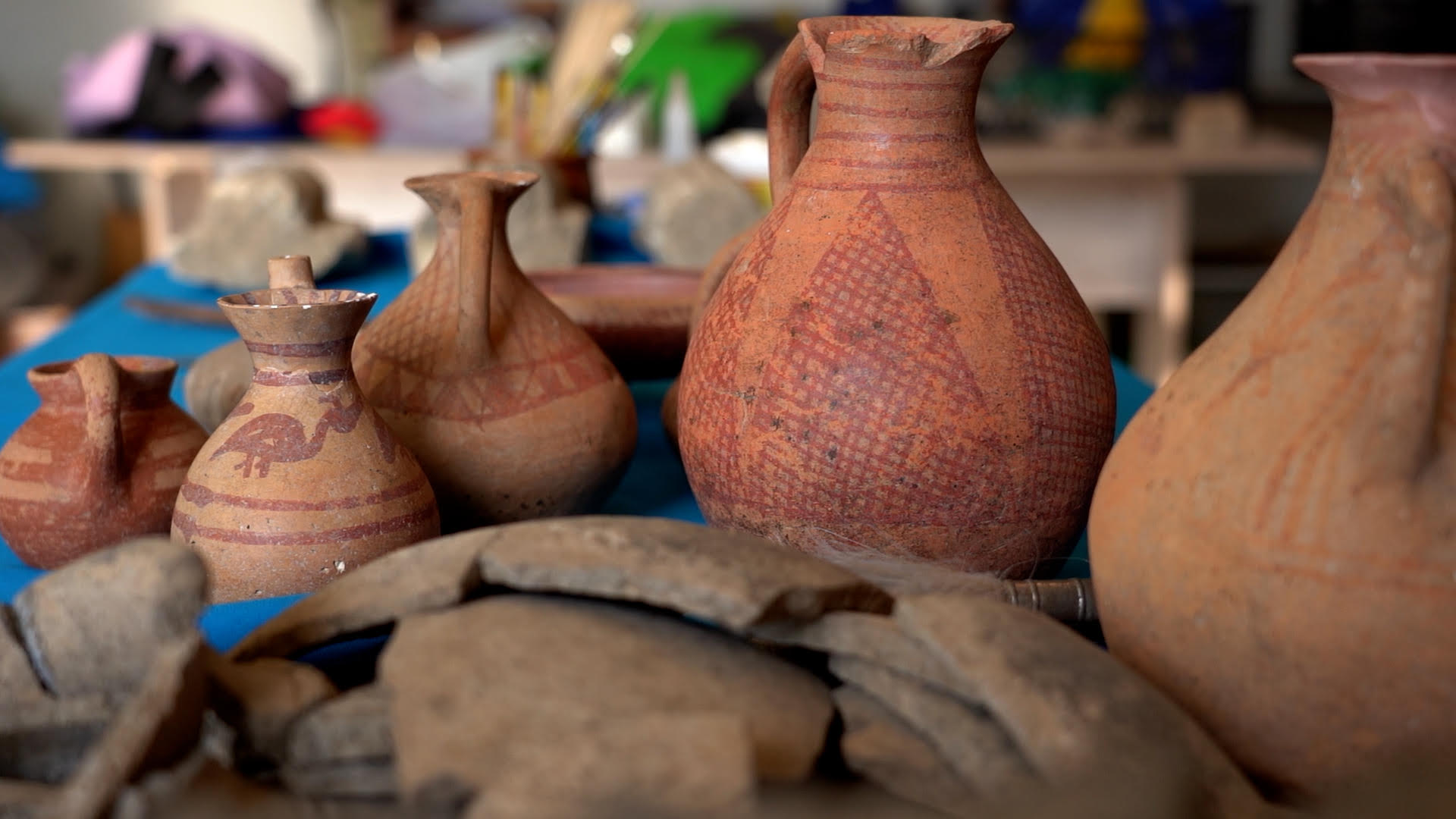 Among numerous archeological discoveries made in Georgia over recent years, the Grakliani Hill find has attracted special attention Although it has only been 12 years since archaeologists appeared here, 11 different periods of human activity have already been established, beginning from the Old Stone Age (about 1,500,000 - 1,800,000 years ago) up to the fourth century AD. Within this very extensive timeframe, two periods draw particular attention: the V-IV centuries BC and the X century BC.

Vardzia’s rock-hewn architectural ensemble is situated in historic Meskheti, South Georgia, on the left bank of the river Mtkvari. It served as fortification, as well as religious and habitation purposes, and has outstanding artistic and historical significance.

Zedazeni is one of the oldest Georgian monasteries. Its history dates back to the 510s, when St. John of Zedazeni, leader of the group of monks known as the “thirteen Syrian Fathers,” secluded himself on the summit of Mount Zeda Zadeni. 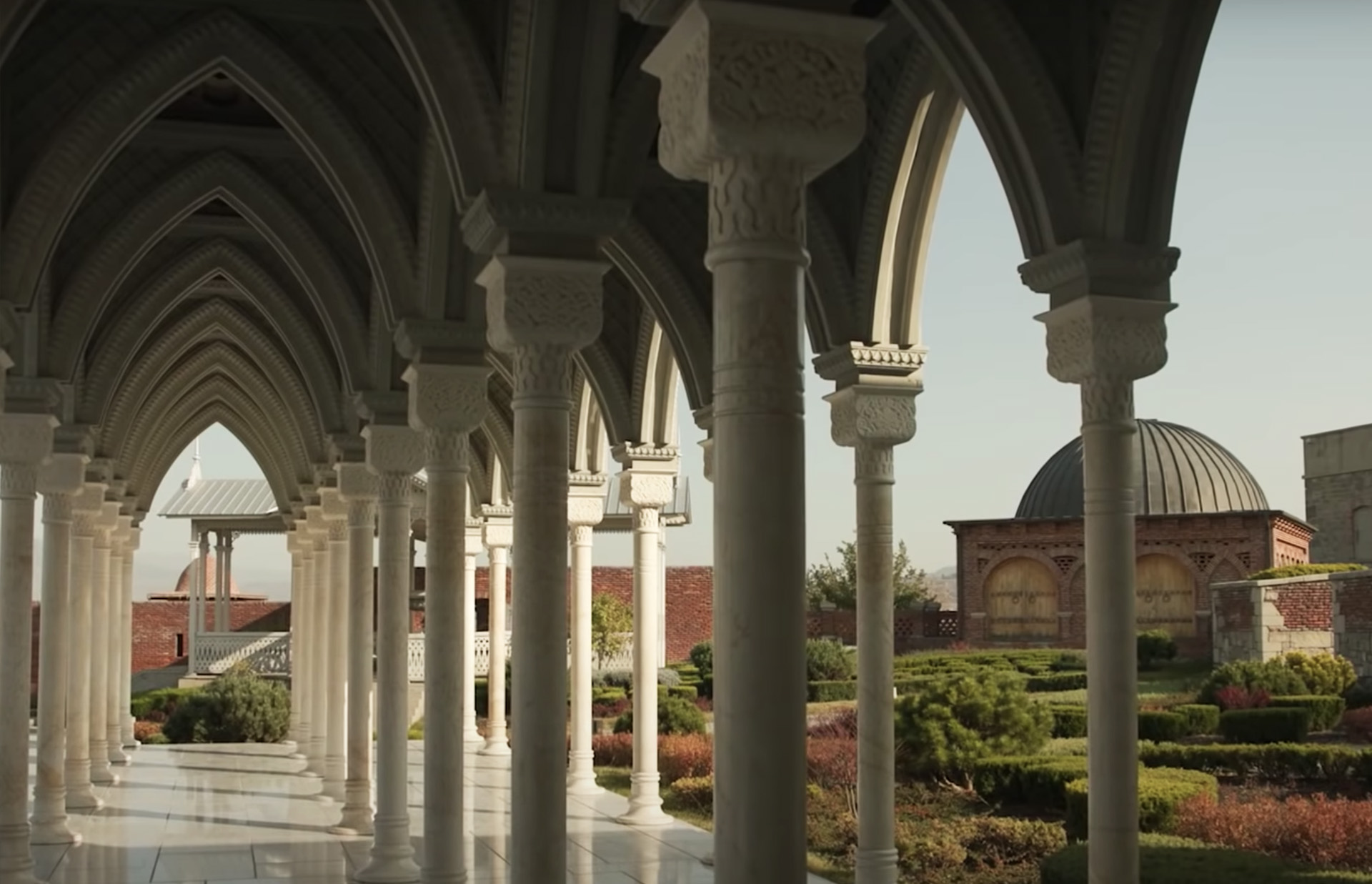 Rabat Fortress in Akhaltsikhe - Akhaltsikhe is one of the oldest Georgian cities known from written sources since the twelfth century. Being an important military stronghold and a regional political centre, it always attracted the attention of the neighbouring powers aiming at domination over the South Caucasus. 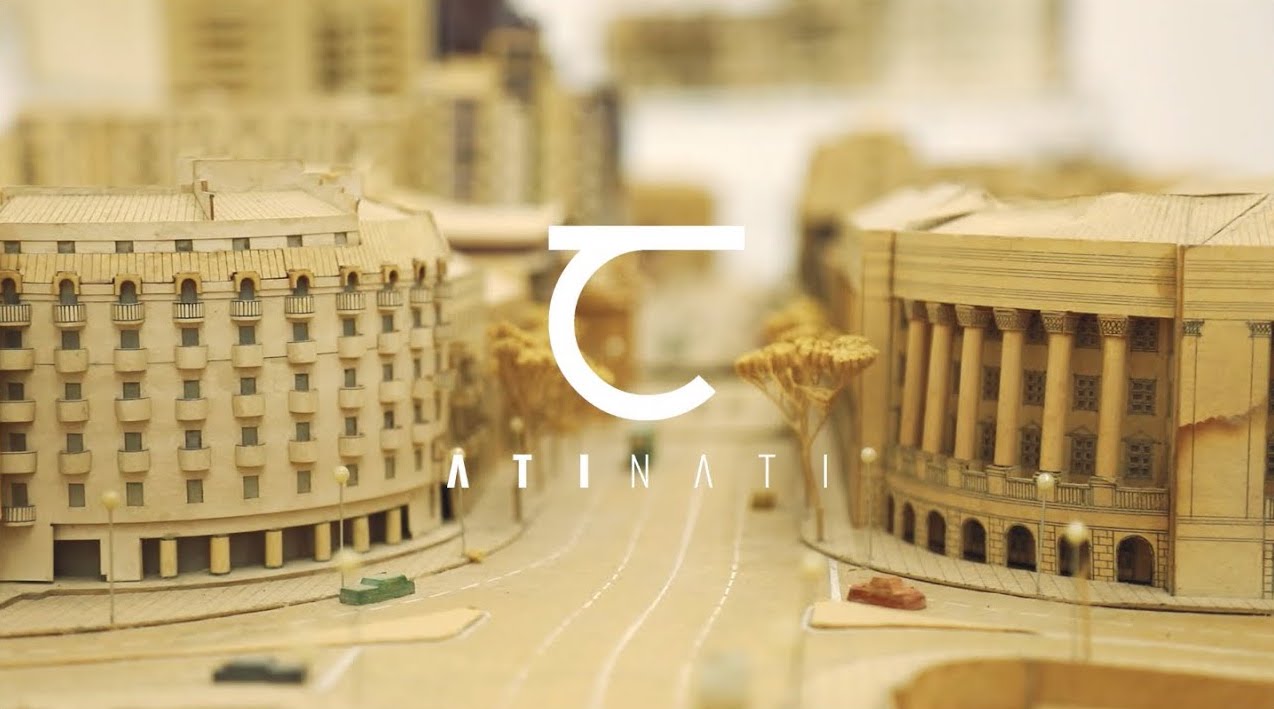 Tbilisi Architecture Biennial, conceived under the name “What Do We Have in Common''. This way, the event transformed itself into a "Common Architecture Biennial", emerging from Tbilisi but attempting to propagate the concept of "togetherness" far beyond Tbilisi and Georgia's borders. Purpose of the projects has a far-reaching significance that will resonate in the future.

The Historical Monuments of Mtskheta were inscribed on the World Heritage List in 1994. The property consists of the Jvari Monastery, the Svetitstkhoveli Cathedral and the Samtavro Monastery. Major archaeological remains bearing witness to the high level of art and culture of Georgia over four millennia. • The complex of the Svetitskhoveli Cathedral (Literally, the Living Pillar Cathedral) in the centre of the town includes the cathedral church, the palace and the gates. • Samtavro Monastery was originally built in the 4th century and has since been subject to various restorations. The main church of the monastery was built in the early 11th century. It contains the grave of Mirian III, the king of Iberia who established Christianity as the official religion in Georgia. 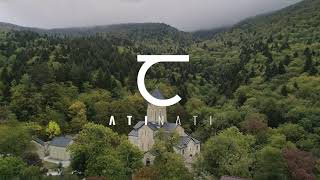 The Kintsvissi monastery is located in Kartli region, in the Dzama River Valley. St. Nicholas church, a cross-dome brick construction, was commissioned by Antoni Glonistavisdze, Archbishop of Tshkondidi and Mtsignobartukhutsesi (the chancellor) of Queen Tamar, in the early 13th c. in the most brilliant epoch of the Georgian statehood and culture, in the reign of Queen Tamar (late 12th - early 13th cc.).