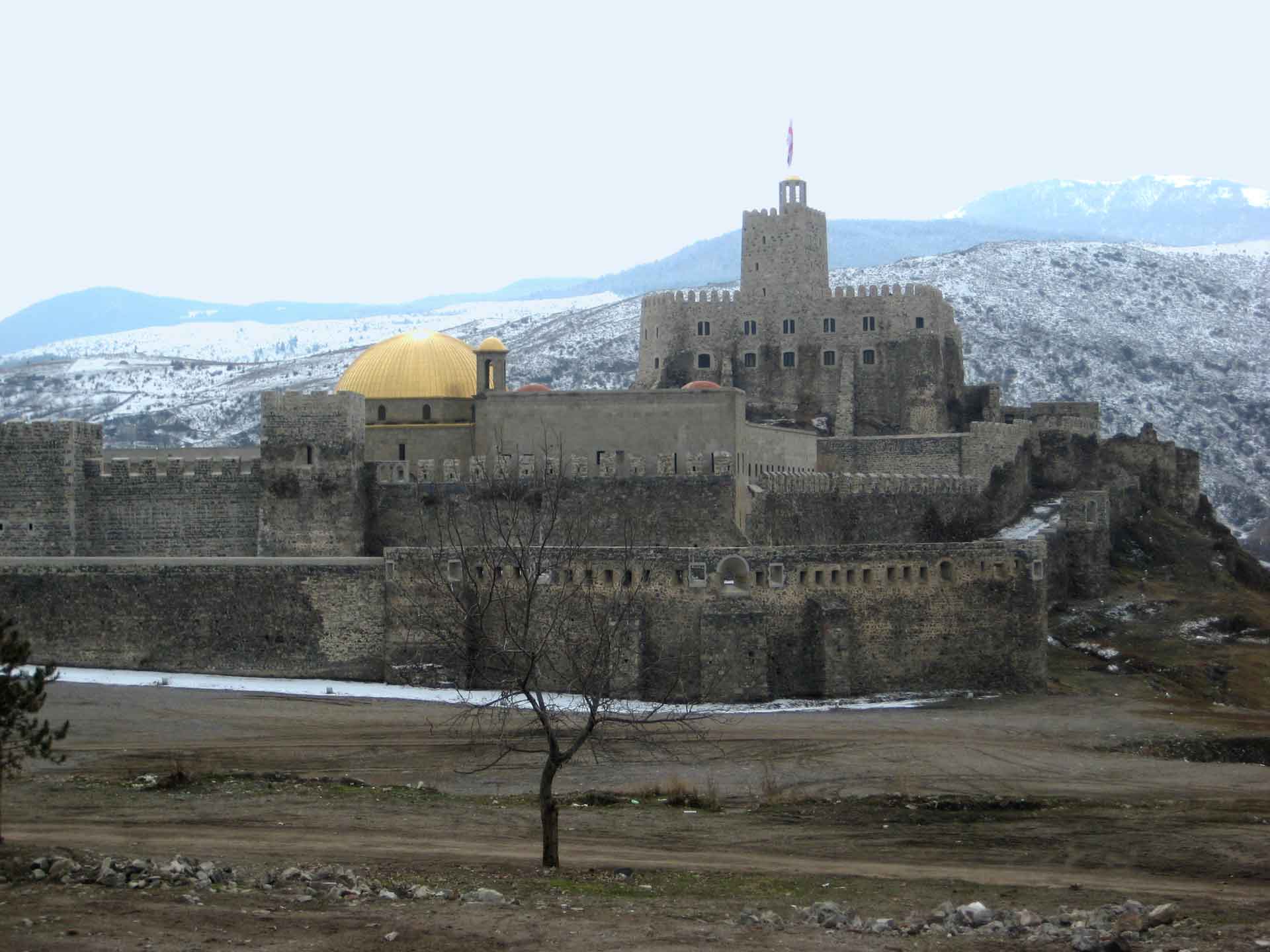 The citadel and the upper fort of Rabat fortress

Among the antiquities of the city, the most important is the fortress of Rabat, which was founded in the Middle Ages and renovated during the Ottoman rule. Located upland on the left bank of the Potskhovi River, the fortress is a large complex structure, consisting of a citadel erected on a rocky cliff, an upper fort and a lower fort. The circuit walls are reinforced with square and round defensive towers, and all the fortifications are built of coarsely cut stone. 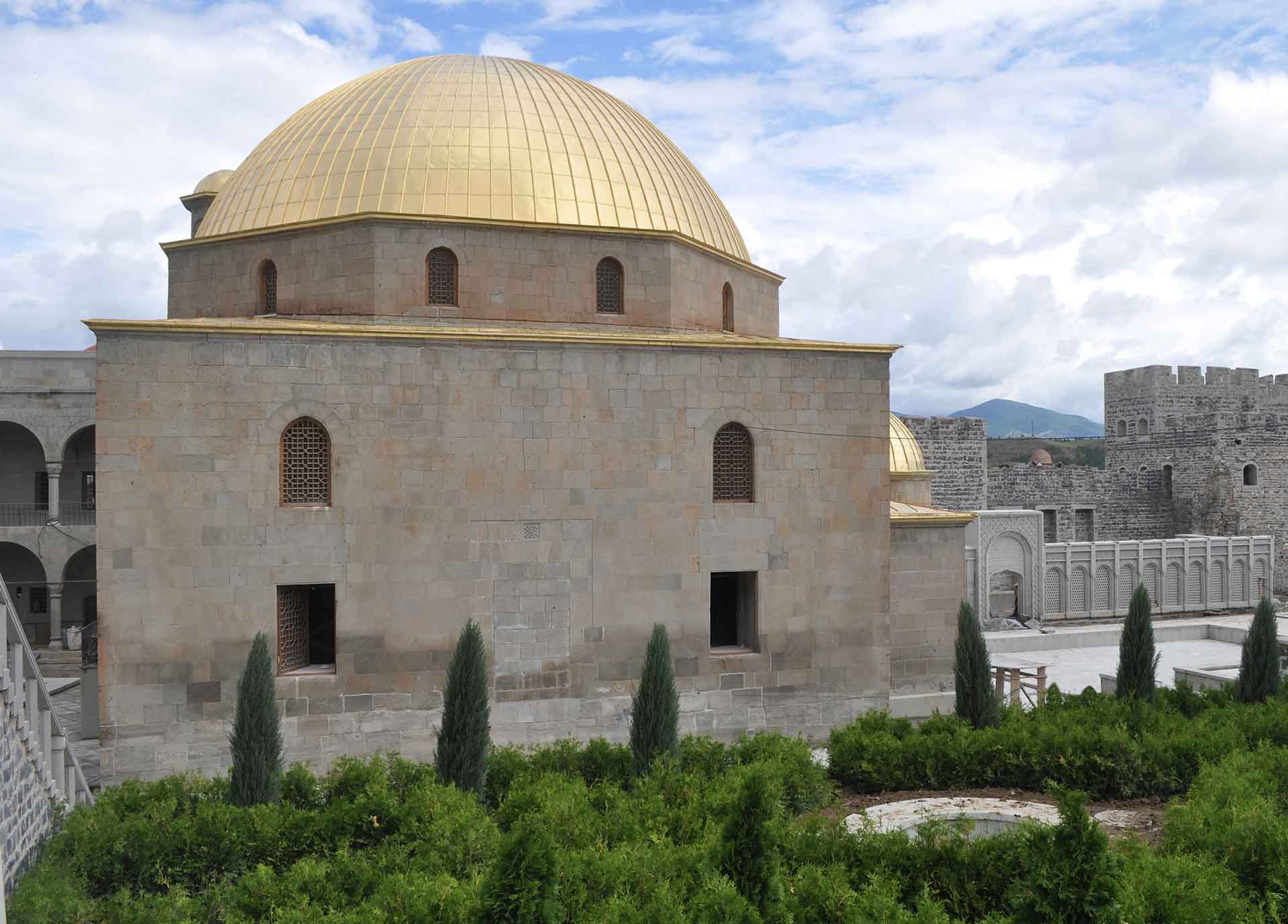 In the mid-eighteenth century, the Ottomans carried out several ambitious public projects in Rabat. From 1747 to 1752, a new mosque and madrasa were constructed in the upper fort. The mosque has a rectangular plan and is covered with a large semispherical dome, which rests on a low octagonal drum. Its façades are faced with smoothly hewn stone. Tradition ascribes the construction of the mosque to an anonymous Italian architect, who was allegedly invited by the governor of Akhaltsikhe, Hadji Ahmed Pasha. In the nineteenth century, the Russian authorities converted the mosque into a church by adding a sanctuary to the building on its eastern side. 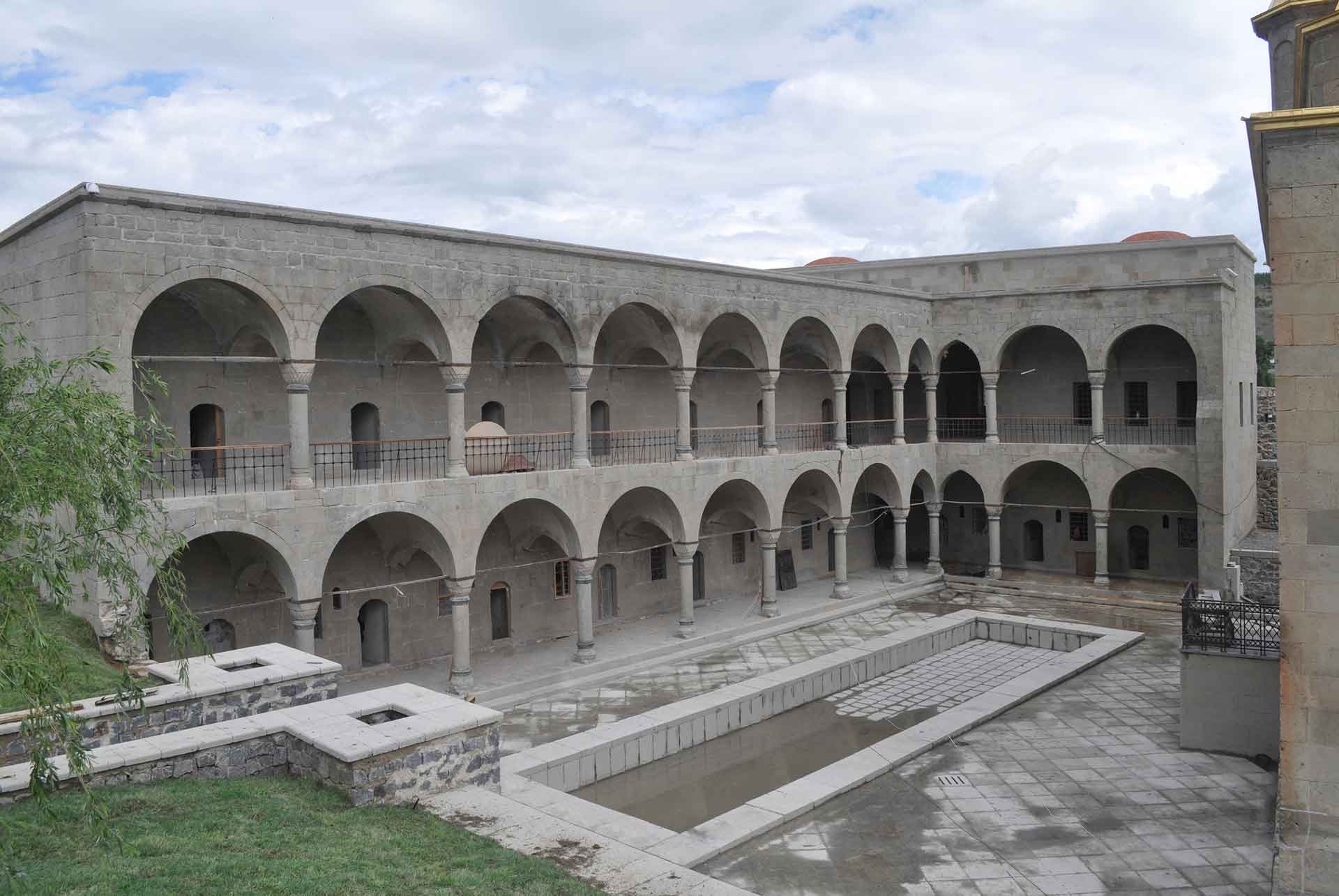 General view of the madrasa

The two-storey madrasa to the west of the mosque is L-shaped in plan, and there are twelve rectangular rooms on each floor. The façade of the building is open, with an arched gallery towards the mosque. The round columns of the gallery have molded bases and capitals that are topped with decorated imposts. 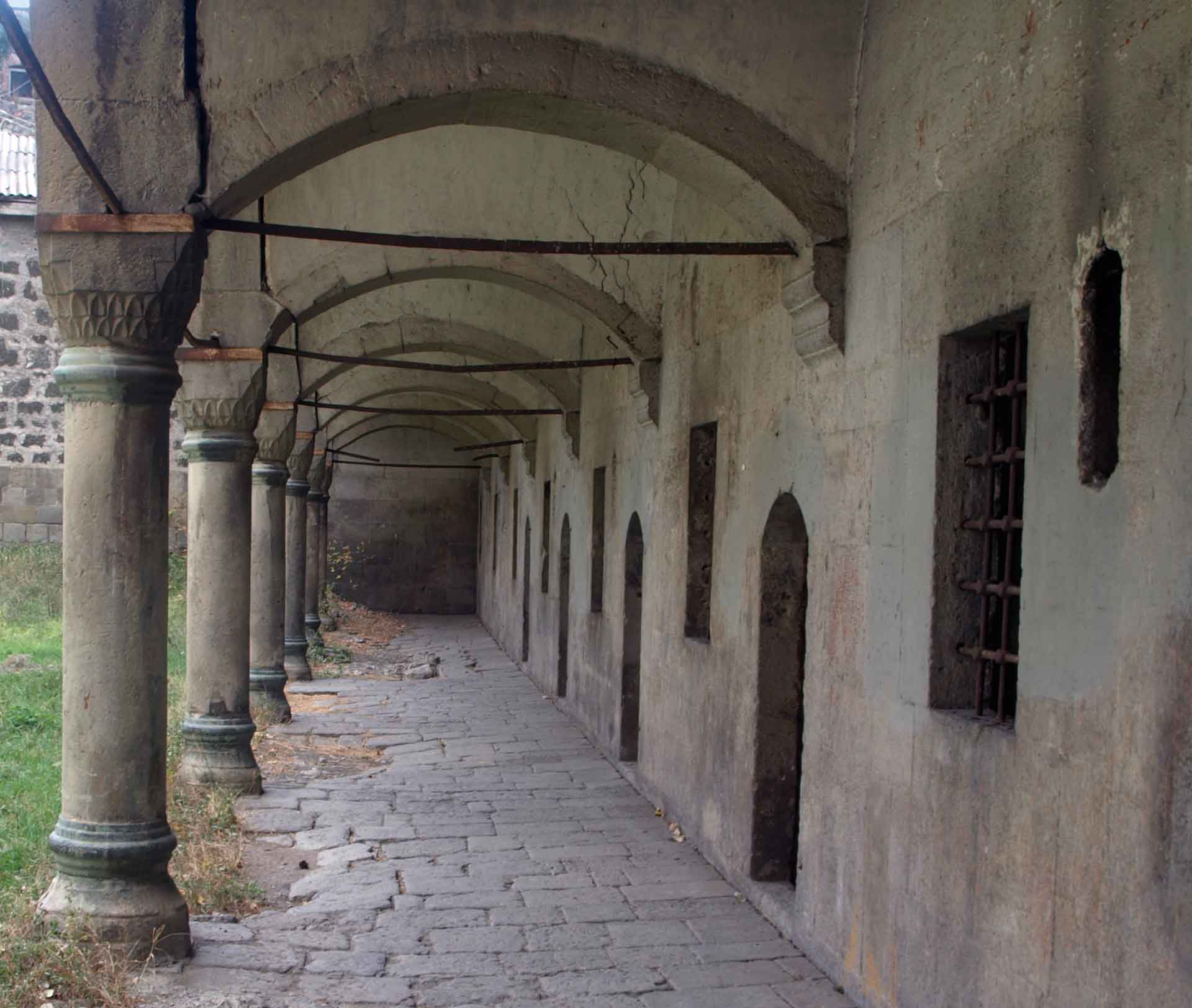 Arched gallery on the ground floor of the madrasa 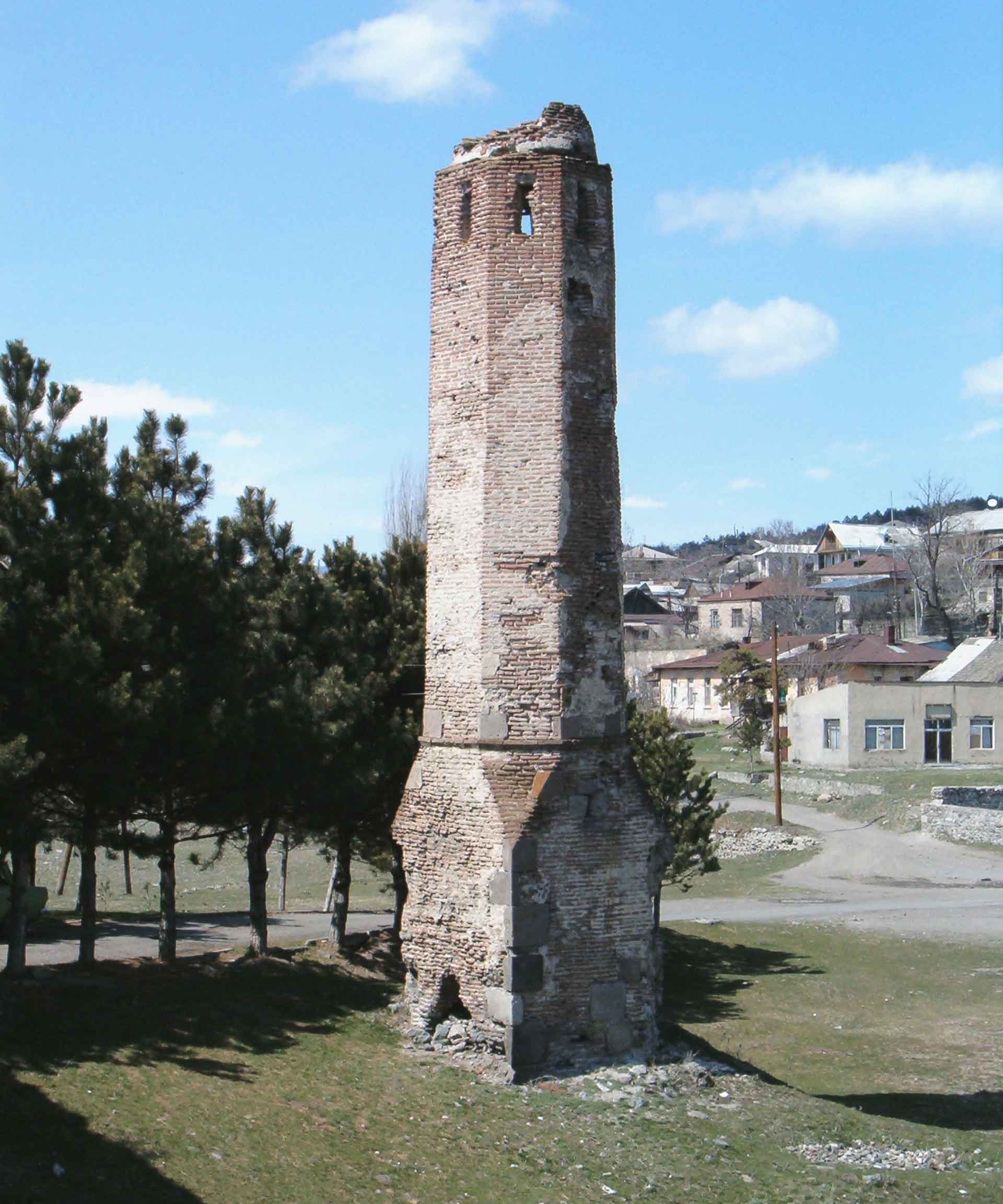 A high watchtower from the late Ottoman period stands near the main entrance to the upper fort. It is built of brick, and has a slightly tapering octagonal shape. A destroyed fourteenth-century single-nave Georgian church and a two-storey bell-tower to the left of the main entrance were fully restored in 2012.

In the vicinity of the fortress are to be found the remains of an old bathhouse consisting of several different sized rooms. The stones inserted into its walls bearing carved ornaments were taken from the ruins of the Medieval Georgian church. 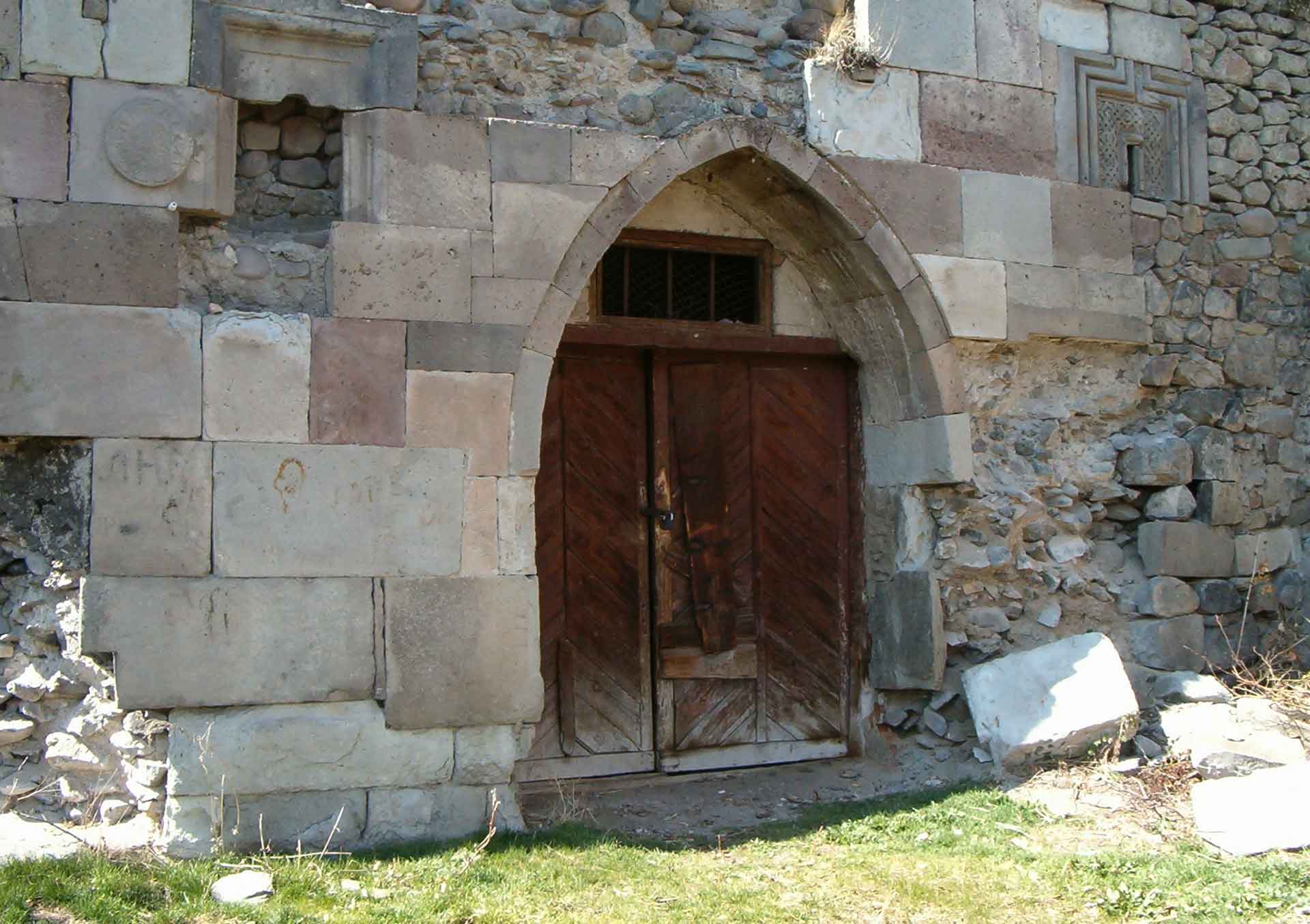 The main facade of the bathhouse with reused stones

In 2011 and 2012, extensive rehabilitation works were undertaken at Rabat, which improved the fortress’s condition but significantly deviated from its original image. Along with the restoration and conservation of old buildings, several new structures imitating various historic styles appeared in both the upper and lower forts, while the defensive towers were heightened and the dome of the mosque was covered with gold leaf. On the southern edge of the upper fort, the palace of local dukes was rebuilt, and it now houses the Samtskhe-Javakheti History Museum.