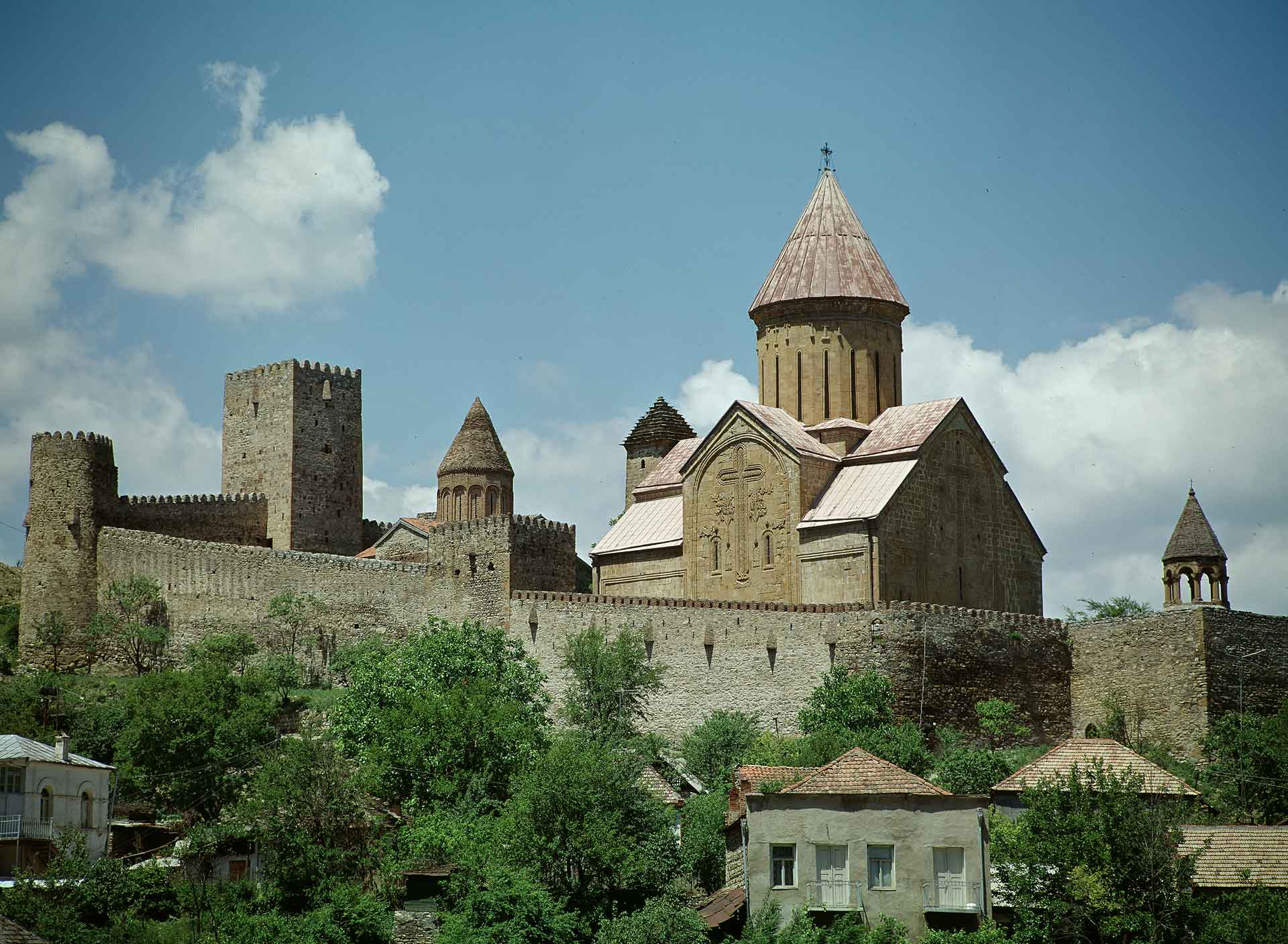 The castle was built in the turbulent late Middle Ages as a stronghold for the Dukes of Aragvi – a house of powerful local nobles. It initially consisted of a lower fortress and a citadel joined by a curtain wall. The area of the ruined lower fortification is now occupied by the houses of villagers. The well-preserved citadel is enclosed by stout defensive walls with merlons. The wall features several towers of different shapes, among which the central western one (called Sheupovari or “the fearless”) is distinguished for its size. It is a six-storey structure rectangular in plan that served as both fortification and dwelling. 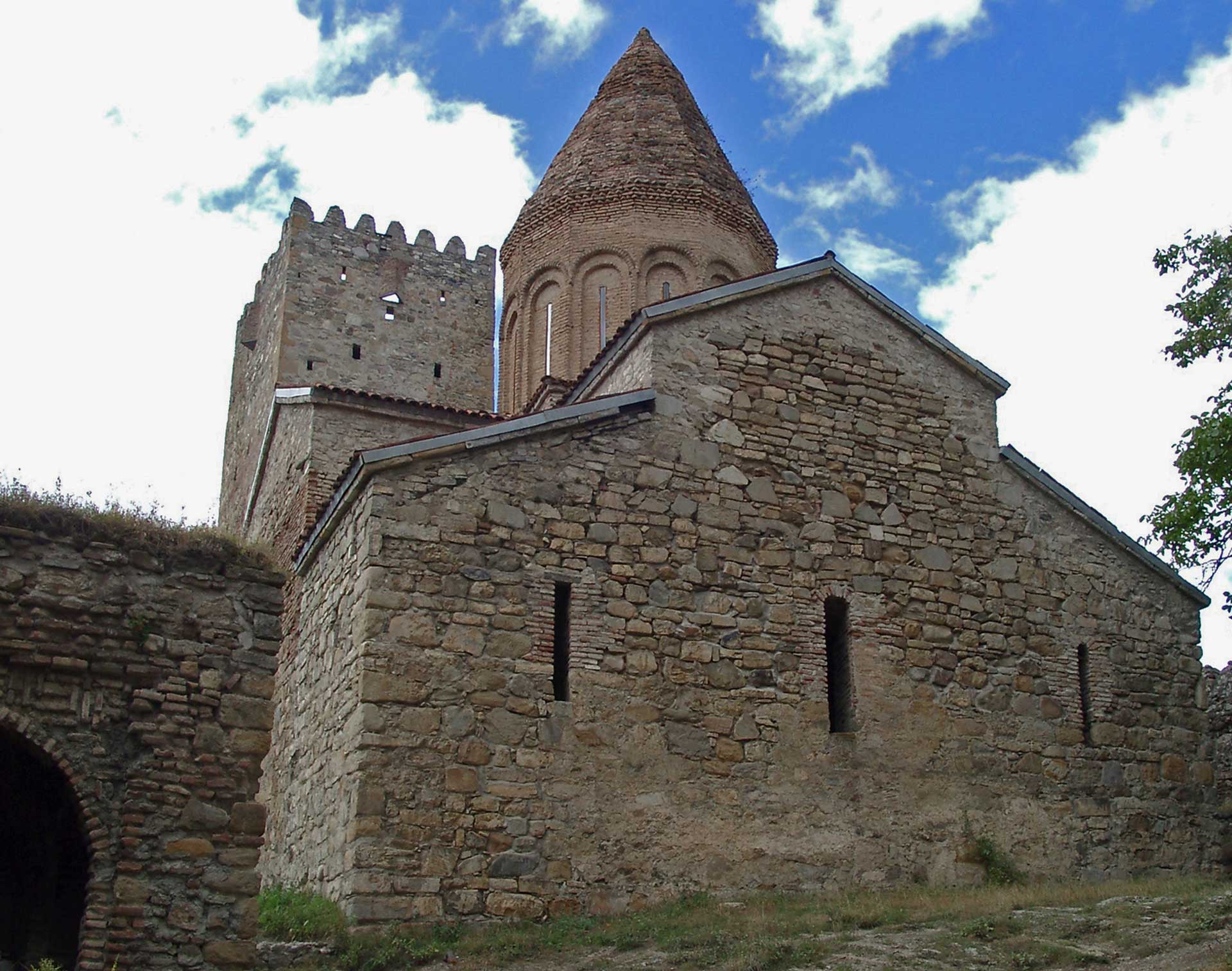 Church of the Savior and Sheupovari Tower

Within the castle walls there are two cross-domed churches. The older church, which dates back to the mid-seventeenth century, is dedicated to the Savior and known as Gvtaeba. It is built of brick and rubble, and bears no carved decoration. A large stone canopy marking the burial place of Duke Edisher (who died in 1674) stands in a prominent place in the central bay of the church. The church’s interior vault and walls are covered with mural paintings. 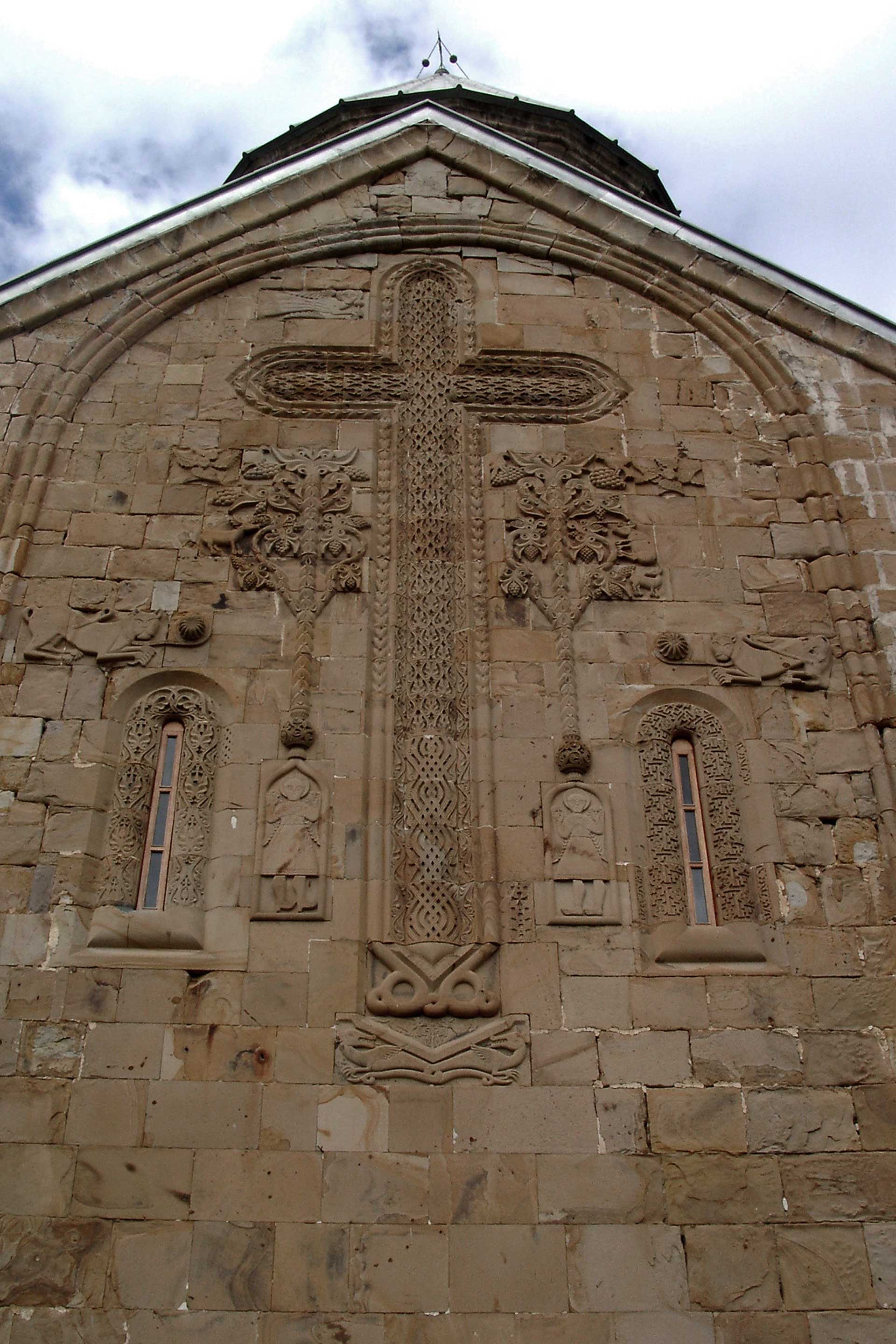 The larger and taller Church of the Mother of God was completed in 1689, as reads the inscription on the south facade. Also mentioned are Duke Bardzim, the church donor, and Kaikhosro Bagsarashvili, its master builder. The church is faced with finely finished stone blocks, and its exterior is richly decorated with carved stone ornaments and sculptures. 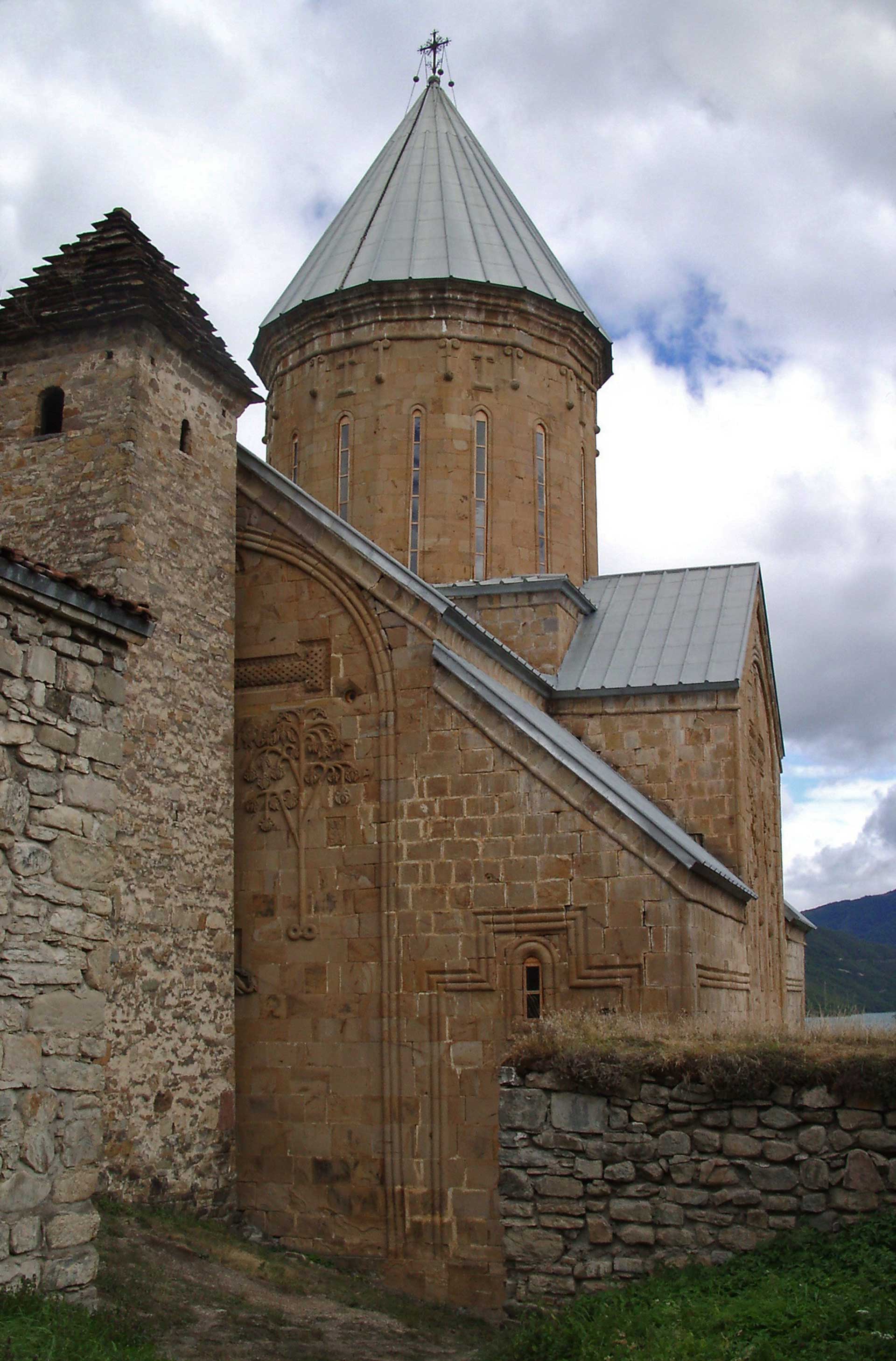 The decoration of the south facade conveys the idea of the Last Judgment through the depiction of a large ornate cross, two Trees of Life, archangels, cherubs, dragons, and enchained lions. The same concept is also depicted on the western facade, but this decoration is partially concealed by a tower that is considered to be the castle’s earliest surviving building. The builders of the church had to take into account the tower’s presence very close to the wall, and thus leave part of the wall surface undecorated. The decoration of the east facade includes an image of three crosses that symbolizes Golgotha. 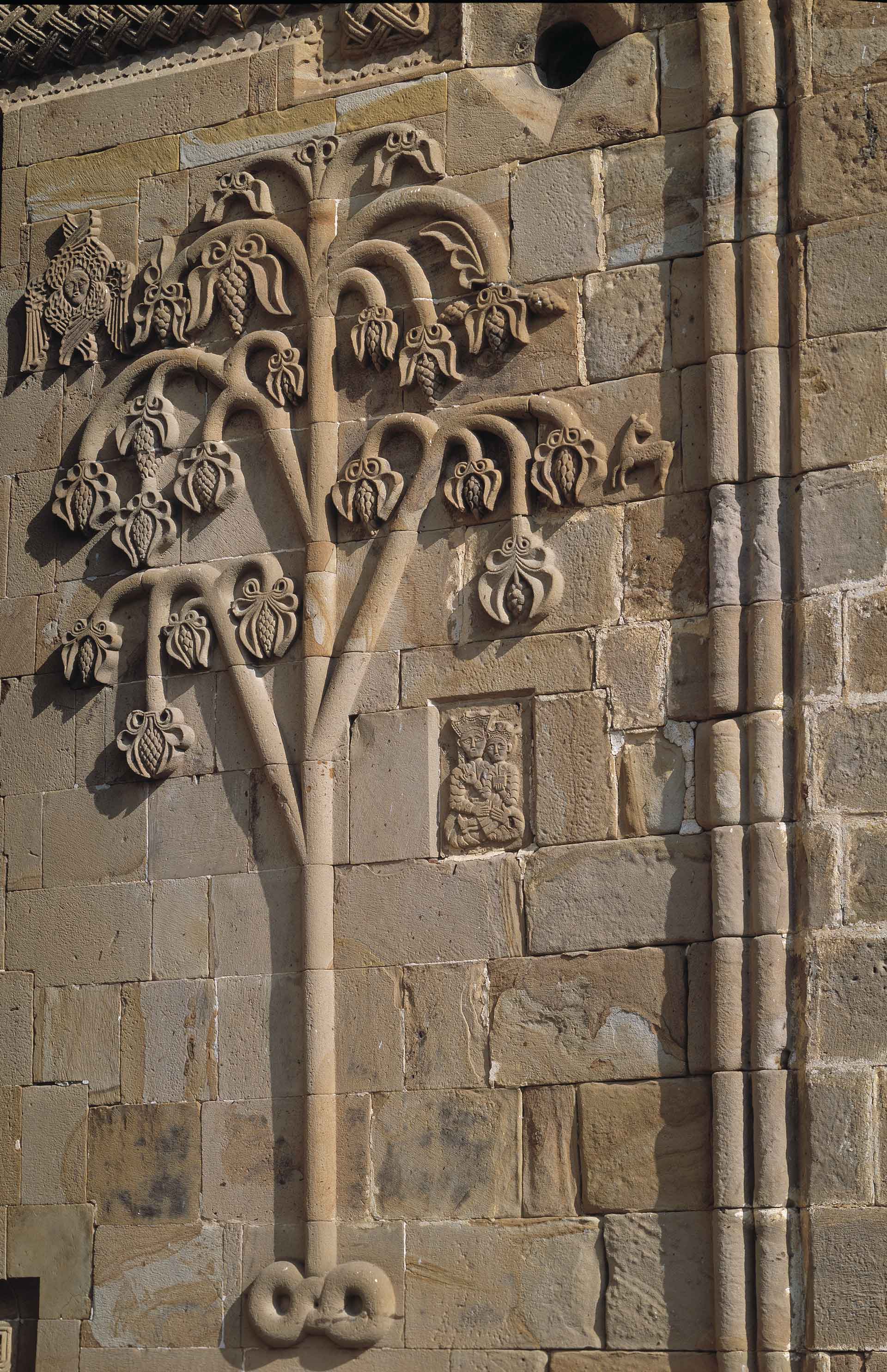 Image of the True Cross on the west facade

The partially preserved murals decorating the interior of the church were painted soon after its construction was completed. 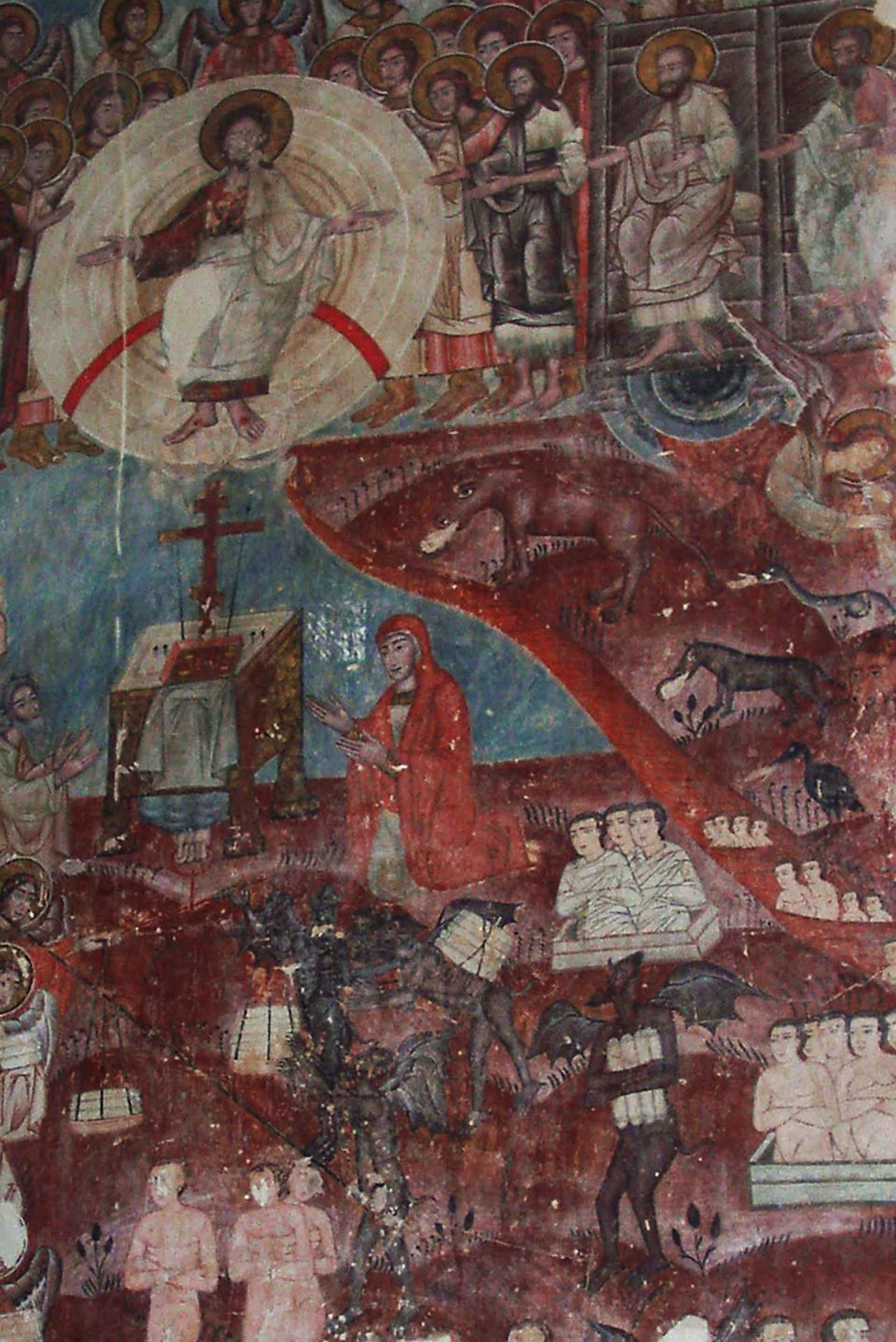 Ananuri maintained its military significance until the late eighteenth century. In the nineteenth century the castle was abandoned, but the churches were still used for services. Nowadays it is one of the most popular tourist attractions in Georgia. 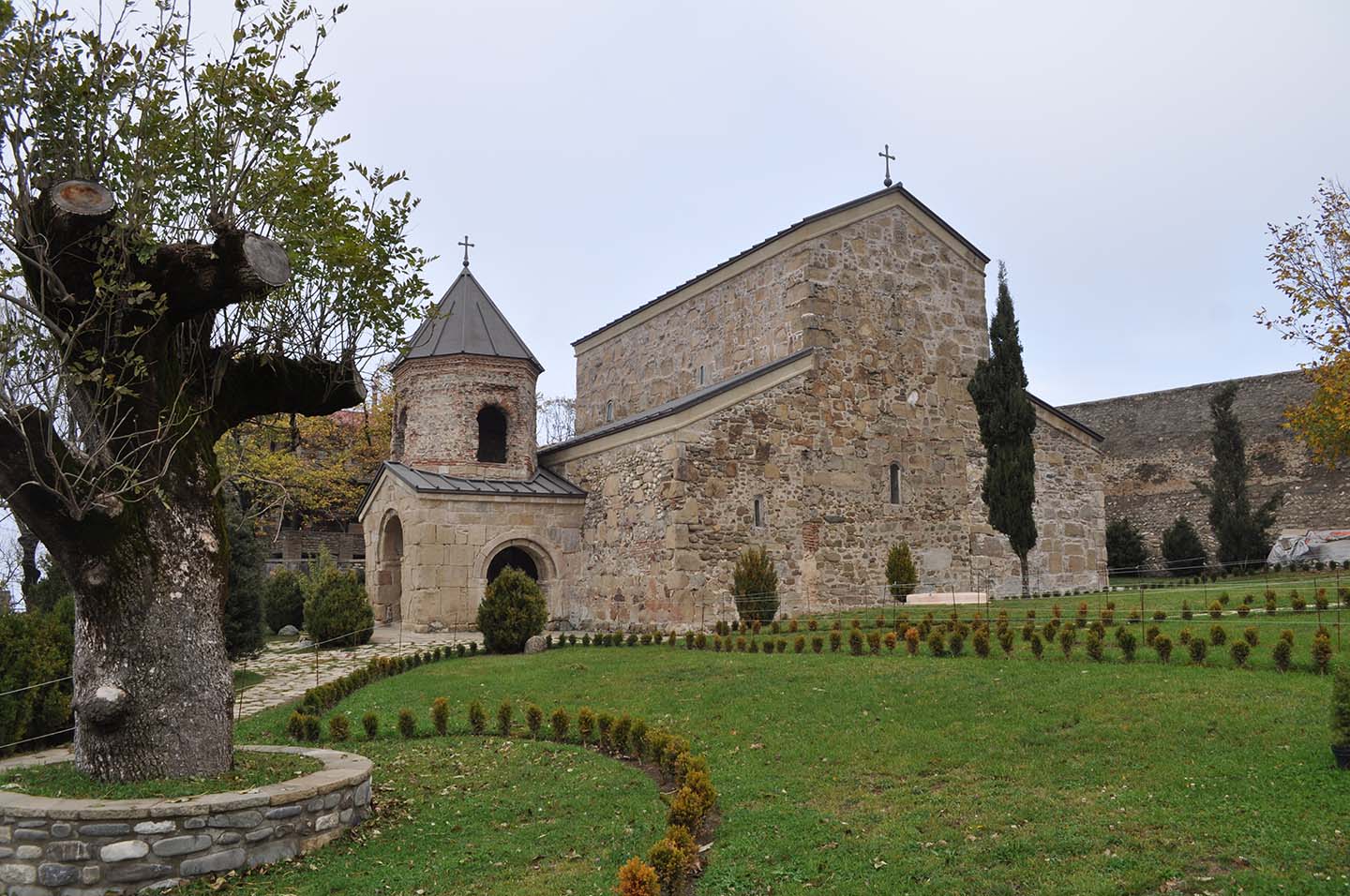